As we peel back the layers of information deeper and deeper into the Universe’s history, we uncover progressively more knowledge about how everything we know today came to be. The discovery of distant galaxies and their redshifts led to expanding Universe, which led to the Big Bang and the discovery of very early phases like the cosmic microwave background and big bang nucleosynthesis. 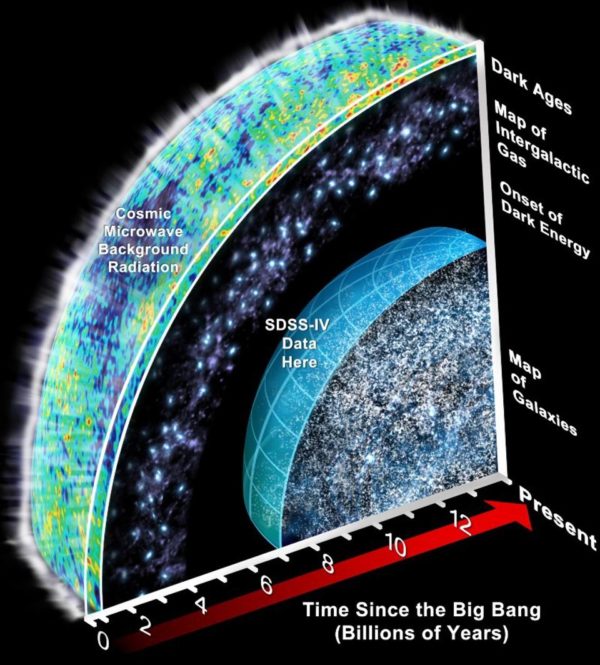 The history of the Universe, as far back as we can see using a variety of tools and telescopes. Image credit: Sloan Digital Sky Survey (SDSS), including the current depth of the survey. 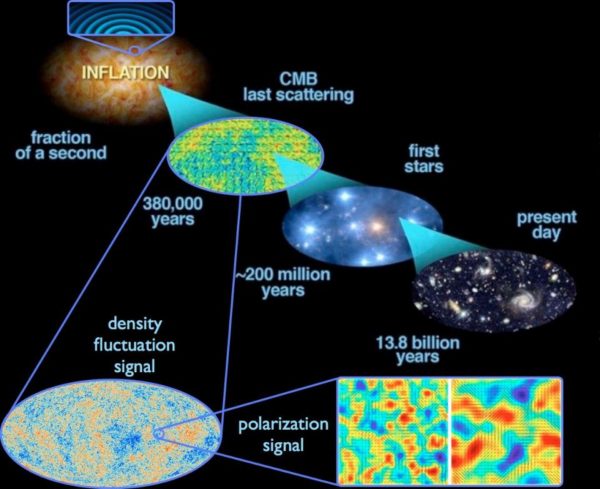 How cosmic inflation gave rise to our observable Universe, which has evolved into stars and galaxies and other complex structure by the present. Image credit: E. Siegel, with images derived from ESA/Planck and the DoE/NASA/ NSF interagency task force on CMB research. From his book, Beyond The Galaxy.

Go find out why some things are inherently unknowable on this special edition of Starts With A Bang!

Langton's Ant has every single rule known about it. But despite that, because we can't then go predicting what initial state will result in a particular pattern (if at all, and when they change and what to) we can't actually say that knowing EVERYTHING is significant. We still have to go through the steps to see what happens.

Heck, could we claim knowing everything about this universe if we can catalogue all of the laws that included "We can never know $THIS_LIST"? Or is that, despite the most that any possibility of knowing can encompass, and exhausting all avenues for further understanding, it is by definition of "know everything" an admission that we can't and never will?

It's a little like asking "What happened before the big bang", it's a definitional problem, which requires we talk about ontology and what each word used means.

And that's well outside science, since science is about the discovery of the processes in the real universe. So doesn't tell you about maths, or logic, or even language. Despite it being fairly core to the process of science.

At the moment, it looks like there are some known unknowable unknowns. And there's no reason to suspect there aren't more.

But since science and its validity is always a conditional claim, ergo open to change and reassessment, it's rather hard to argue that it can know everything about the universe, and any claim on that is, itself, conditional on us not finding out a limit to the knowability of our universe.

If we found a framework Theory of Everything that proved logically that its axioms were valid and the conclusion was that there's a limit to what is to be discovered, then we'd have to change our conclusion to "Well, one day, even if not yet, we'd know everything, since that is a limited set of things".

We don't have one of those ToEs yet. And I find it quite logically consistent to consider the hypothetical scenario so tenuous as to be ignorable. It may be as likely as there being a god. I don't believe it would happen, but if it happens, I'd go "Huh. Never would have guessed at that!".

Its certainly possible that we develop new theories that tell us about the pre-inflationary period and make other testable, separable predictions. We can then gain confidence in one over the other by testing the bits of those theories open to us. Its also possible that updated theories that help connect QM to gravity, explain DM, etc., have something to say or predict about what the pre-inflationary era must have been like.

And it's worth remembering these guys, as always:

I do not think that it will be possible to discover anything easily nowadays that would lead us to revise our entire outlook as radically as was possible in the days when telescopes and microscopes were still new." Heinrich Hertz, 1875.

"We are probably nearing the limit of all we can know about astronomy." Simon Newcomb, 1888.

"The more important fundamental laws and facts of physical science have all been discovered, and these are now so firmly established that the possibility of their ever being supplanted in consequence of new discoveries is exceedingly remote.... Our future discoveries must be looked for in the sixth place of decimals." Michelson, 1894.

And the most famous (or infamous), of course; "There is nothing new to be discovered in physics now. All that remains is more and more precise measurement Lord Kelvin, 1900.

I don't have any more information than THIS article provides on "EXPANDING UNIVERSE ERA"-Perhaps a few of the "gossip" from Malaysian University discussion groups: 1.)The matter in the Universe-finding out what happened during "EXPANDING UNIVERSE ERA" would reveal how matter "came 2 be". By Law of Conservation of Matter: MATTER CAN NEITHER BE CREATED NOR DESTROYED-which, 4 those of you who haven't kept up w latest research papers, IS NOT 100% CORRECT-Simply put: NUCLEAR REACTIONS CAN DESTROY MATTER' ......SO: how matter "came 2 be": AND the Malaysian University interest: "GOD" has 2 insignificantly, but ultimately, b "blamed". 2.)Technological implications: In the direction of thought of: 4 example: "We see a fish swim n build boats"-knowledge of "friction n fluids", also known as "streamline". SO: "EXPANDING UNIVERSE" would reveal what science secrets?......

Ethan, "john" is deliberately misrepresenting your post here for rhetorical gain. He is completely clueless about science (since he doesn't know what radiation is, nor what a geiger counter does), rabidly idiotic about logic (since he doesn't know what a logical argument or premise IS, even after presenting some that were, as eric will attest, illogical and broken premises), and is not 100% convinced on a pointless blathering of bullshit and lies (and claims of lies) rather than deal with anything said if there's some offtopic bullshit to chase after to "win" with.

Please kick the moronic son of a bitch off because they're never going to allow themselves to visit actual rational discourse.

We will not know everything, because we r too stupid. Why pretend that we as a species created, not by chance, but by design would ever possibly know in any way shape or form what the creator knows....which is everything.