The study focused on five explanatory variables within each county: socioeconomic (e.g., poverty status, access to housing and education, employment), uninsured rates, the supply of and access to primary care physicians, the percentage of racial or ethnic groups and the number of rural and urban residents.

However, after compiling all of the data, the researchers believed that only three of their explanatory variables were applicable: socioeconomic deprivation, percentage of uninsured and the primary care physician supply. Those three variables were linked to 81.8% of the total variance of mortality. Correlation is not necessarily causation but it is well known that people who claim their supplements and organic food and fitness crazes led to their better health often leave out that a lot of issues correlate with greater wealth. It isn't the special label on the food making people live longer, it is the other trappings of wealth. The percentage of racial and ethnic groups and the number of rural or urban residents were not significantly associated with mortality even though the percentage of African Americans was positively associated with mortality. After adjustments for socioeconomic deprivation, uninsured rates and supply-access to primary care physicians were factored in, the percentage of African Americans was no longer significantly associated with mortality. They used the rural-urban continuum codes put out by the USDA to break down and divide by counties, and because the health data tends to be by counties, they feel like the data are better matched. 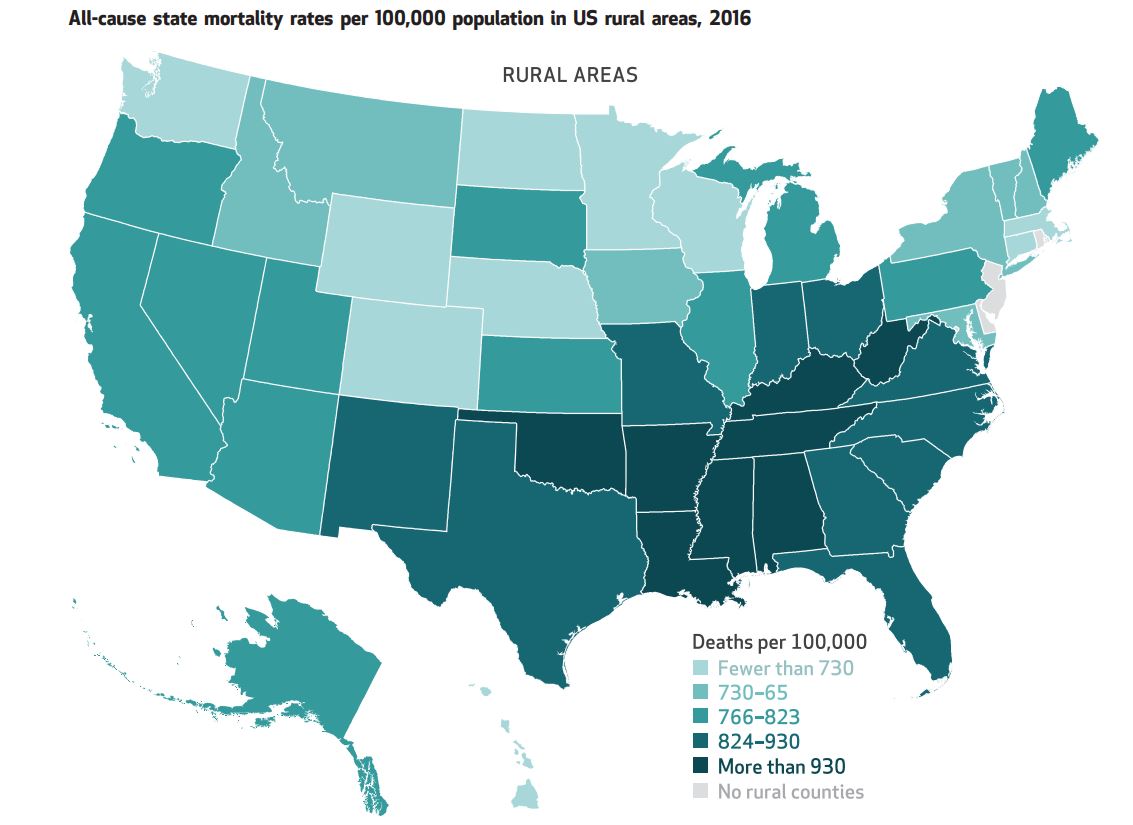 "We're not saying that African Americans across the country don't have higher rates of mortality because they absolutely do," said Scott Phillips, editor in chief for theTexas Tech University Health Sciences Center Rural Health Quarterly magazine and a co-author to the study. "What we are saying, and what we discovered with this study, is that other disparities that African Americans face, particularly socioeconomic status and access to care, account for the higher African American mortality rates across the country."

The results indicate that rural dwellers would have lived longer than their urban counterparts had their socioeconomic conditions and access to health care been similar.

Now the authors want to further analyze the three states that proved to be exceptions to those findings: Colorado, Montana and Wyoming. Those three contiguous states in the Mountain West have higher urban mortality than rural mortality.