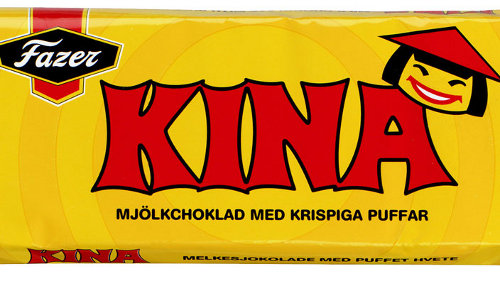 Fazer has removed the cartoon East Asian from one of two versions of the packaging for their chocolate-covered puffed rice. Only the conical straw hat remains, an "abbreviated motif" as Karl Hauck would have put it. Tørsleff still has the guy on their gel agent. Gabob recently published the fine boardgame Wok Star which is full of cartoon East Asians. 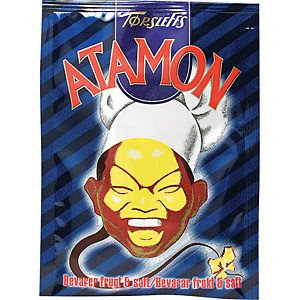 Thinking about these images, I've decided that I don't find them racist. The old Fazer and Tørsleff cartoons are certainly outdated, since few people in East Asia wear conical straw hats or queue hair any more. The Wok Star images are up-to-date. And none of the images denigrate East Asians in my opinion. Granted, it's hard to understand why there's a cartoon Chinaman on the gel agent, but the chocolate has rice in it and is named "Kina", and the boardgame is about a Chinese family restaurant. 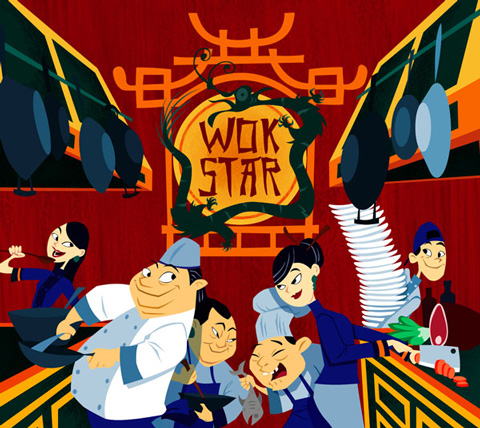 I'm thinking that when Chinese cartoonists draw friendly caricatures of their own people, then they probably look a bit like this. If we can't allow cartoons of people with non-Europid features, then we just make them invisible in part of the public space.

What do you think, Dear Reader?

Update same evening: Dear Aard regular Christina points to an ongoing fracas in Canada where a South Asian woman depicted on a draught for new paper money was replaced by a Europid woman.

There is an important difference between the Wok Star cartoon and the images on the Fazer and Toersleff products. The Wok Star cartoon has six people who are clearly different from one another and are not generic in any way. The other two images are generic and, as you point out, based on outdated stereotypes. So I agree that the Wok Star cartoon is definitely not racist, but to me the other two are, at best, close to the edge. (FWIW, I tend to associate the conical hat with Vietnam rather than China, possibly because Vietnamese still wore such hats several decades after they mostly disappeared from China.)

Having to represent people of non-European ancestry is something US editorial cartoonists have been forced to confront for a number of years--even before we got a President with a Kenyan father. Some depictions are better than others. A cartoon which presents Obama in a presidential situation and which exaggerates his physical characteristics is OK: editorial cartoonists here normally exaggerate the physical characteristics of public figures they draw, regardless of the ancestry of those public figures. Drawing Obama as an African savage (which has been done) definitely would be racist, since it tries to turn him into a stereotypical generic African.

Since you brought it up I wondered a bit about the drawing on Atamon but the nearest I could come was that they put a Chinese chef on it (note the hat) since chinese cooking was seen as quality back in 1938. Perhaps something to do with the Chinese Tower in Tivoli in Copenhagen (now called the Japanese Tower - I'm sure some could a kick out of that). Or simply that a lot of expensive food stuff came from places far away - and China sure was far away.

Btw, if you look at Tørsleff Vanila (wonder if that's found in Sweden) theres something of a stereotype too by the same artist. On a normal trip to the supermarket here there's no shortage on that stuff here with Karat Coffee with a Turkish waiter with a fez and Cirkel Coffe with an african women.

The main reason for not chaning them might very well be that people simply don't like the looks of products to change to much. Back in the 1980's a Danish supermarket chain tried to replace the milk cartons with a new design and with new colors. That sure died fast when people got upset they couldn't find the right type of milk just by the color of the carton.

Oh right, the vanilla Moor in his turban is also Tørsleff!

If you go back to the fifties and sixties, you find a lot of symbols that were blatantly racist. For instance, there was a Swedish brand of licorice with a cartoon black man withexaggerated features.

And Uncle Ben's rice has a name that goes back to antebellum South. When a black man was young, he was called "Boy" well into adulthod. When he was middle-aged or older, he was called "Uncle".
The word "Man" was not used for black men -that is why "Man" became so used in black circles from the 1960s and onwards as a reaction. "Hi, Man!"

The first two wrappers are racist and the third isn’t. Deciding what’s racist or not isn’t down to personal opinions or belief, as there is an established methodology in post-colonial and cultural studies.

If one attribute belonging to a particular ethnic or cultural group is used symbolically to represent all members of that group, then it’s racist. Hence all black men have big cocks. All Africans wear leopard skin and have a bone through their nose. All Chinese are yellow skinned and slitty eyed. All Welsh are sheep shaggers, etc.

Obviously there are black men with tiny cocks, Africans who don’t dress like savages. Has anyone ever seen a real life Chinese person who is literally yellow! The Welsh I’ve known prefer sex with humans to animals as well …

When you elevate a shared characteristic to the level of a stereotype, then turn that into a symbol, it’s racism.

The third wrapper has an illustration in it. It presents members of the same cultural group in an illustrative rather than a symbolic manner. Therefore it isn’t racist.

Without telling her what it was about, I showed the three pictures to my wife, and asked her, one by one, if she found them in any way offensive or racist. She looked a bit puzzled by my question and said "No." Then she asked why I wanted to know, so I explained. She said "I don't care about these things."

When we were first married, my wife told me a lot of funny stuff. Like, two old-fashioned colloquial expressions that Chinese men used to use to address their wives were "Rice cooker" and "Yellow faced woman." I said "Can I call you rice cooker?" "You try and I will kill you."

My reaction to the pictures? 1. Not racist, just cute. Chinese people often depict themselves similarly in cartoons, comics and such. 2. Yes, probably racist, but so anachronistic as to be irrelevant - I really wonder how many Chinese people today would see that as of any relevance to them. 3. Not racist.