Nick Saunders's Battlefield Archaeology Is Much Better Than Everybody Else's

By aardvarchaeology on December 9, 2013. 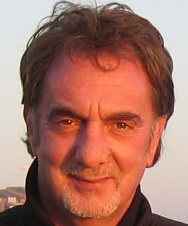 I read something annoying; always a good impetus for a blog entry. The offender this time is Nick Saunders of the University of Bristol, writing in Current World Archaeology #62 (Dec/Jan, available on Academia.edu). And the theme is what he calls ”the birth of Modern Conflict Archaeology”. This birth, he explains, began with a 1998 grant of his to study World War 1 trench art, stuff that soldiers made during and after the war. He has since gone on to do fieldwork on the ”Italian Front” along the border between Italy and Slovenia.

Battlefield archaeology is a long-established field of research where you use archaeological methods to study what happened during and immediately after a battle. I don't pay much attention to it myself, though I have spent a few days helping as a detectorist on a 1719 battlefield near my home. But let's see what Saunders has to say about battlefield archaeology in relation to what he does himself.

Modern Conflict Archaeology is often confused with Battlefield Archaeology. It is, however, a distinct discipline that deals only with recent wars: conflicts of the 20th and 21st centuries (large and small, national and international), and their enduring physical, symbolic, and cultural legacies. Also, crucially, it is not restricted to battlefields. Instead, it is as concerned with the aftermath – socially, culturally, and materially – as much as with the conflict itself. Thus, investigating the ‘social life’ or ‘cultural biography’ of conflict-related objects and landscapes are integral parts of this new approach. The narrow focus of Battlefield Archaeology, on the other hand, concentrates mainly on ‘digging battlefields’ – as a handmaiden to military history, rather than as an archaeological enterprise in its own right. By the 1970s and 1980s, Battlefield Archaeology had become a catch-all term applied to, and adopted by, anyone who investigated any battlefield from prehistoric to Roman to Medieval - though mostly the 17th-19th centuries. Little, if any, consideration was given to the context of such battle events, to their connections to individuals and society during conflict and afterwards, or to their often visceral emotional aftermaths.By the late 1990s, the situation had come to a head as such simplistic approaches were applied to the confusing and often morally difficult physical remains of First World War sites. At this point, Battlefield Archaeology revealed itself as an anachronism compared to modern scientific archaeology. Modern conflict archaeology emerged partly as a reaction to this state of affairs, and partly to the rich potential of applying anthropological ideas to First World War material culture. Its vitality and energy, combined with an almost limitless range of research possibilities from the recent past, sets it apart from traditional kinds of archaeology, and light years away from the narrow interests of battlefield archaeology. For the 20th and 21st centuries at least, wars had been characterised by industrialised intensity, increasing involvement of civilians, as well as notions of ethnicity, identity, and memory. Many of these conflicts were then, and others still are, within living memory, and so demand an increased level of sensitivity in their investigation. Many conflict locations have become (or are becoming) ‘sites of memory’, politically contested and economically important places of cultural heritage and, increasingly, of tourism. This multitude of issues makes modern conflict sites highly sensitised multilayered landscapes that require a robust, multidisciplinary approach – far beyond the ability of a single-event-oriented Battlefield Archaeology to deliver. (p. 38-39)

So we have this guy working in a small subfield of a small field in archaeology – because, mind you, the world's archaeologists who study 20th century battlefields would easily fit into a 20-m stretch of trench at Verdun. Yet he insists that what he is doing is quite distinct from and much better than what everybody else is doing, and he and his buddies are giving birth to a separate field. And it is ”modern and scientific”, vital and energetic, ”robust, multidisciplinary”, and indeed resides "light years away from the narrow interests of battlefield archaeology"! Priceless!

Sorry Dr. Saunders, in the eyes of the world you will always be just another battlefield archaeologist, albeit an unusually pretentious one who has few friends in the field at large, since you so clearly look down upon your colleagues and their work.

Now, an archaeologist beginning to look at 20th century folk art in 1998 raises suspicions. Could it be that Saunders is a holdout of 1990s post-modernism, despite his claims of being modern and scientific and robust and multidisciplinary? Let's see how he concludes his article.

Archaeology is concerned with the long afterlife of places and things, which change their form and meaning as they collide with new social, cultural, political, economic, and ideological realities. There is no single ‘true’ view of the past that we can discover if only we throw enough money and technology at an investigation. The interpretation and ownership of the past is as contested today as the conflict zones themselves were during their respective wars. And nowhere is this more apparent than in the physical consequences of 20th-century industrialised conflict – the force which has shaped, and continues to shape, the modern world. (p. 41)

Haha! It's 2013 and the guy is still saying "There is no single ‘true’ view of the past that we can discover"! While also claiming to be more scientific than everybody else mucking around with the same recent traces of warfare! (I'm only surprised that he doesn't claim to be more theoretically informed than everybody else, just to grab another fine 90s cliché.) I rest my case.

Last Monday, we had a guest entry by my friend Howard Williams about his excavation of a Devon manor site abandoned in the 1580s. Here's his account of some other recent work of his, stuff many people may not recognise as archaeology, but nevertheless treating source material that very few non-…

Carl Lipo at Evolution Beach has been kind enough to recommend Aard to his readers. He characterises me as "a big advocator for science based archaeology in the classic 'New Archaeology' sense". It's not the first time I've been called a New Archaeology guy, and I don't consider it unflattering,…

Post-modernist hyper-relativism unexpectedly rears its ugly dying head in the form of a call for papers from one Tera Pruitt for the otherwise respectable Archaeological Review from Cambridge. Note the scare quotes around the words truth and valid claims.Call for Papers (April 2009 Issue) Beyond…

The 90th Anniversary of the Somme

It would be fair to say that I am obsessed with all things related to the first world war. I would be neglecting my own obsession, then, if I didn't mark the 90th anniversary of the start of the Battle of the Somme. For those of you who don't know, The Battle of the Somme began with a British…

Very pretentious. Just how far has he got his head jammed up there? Must be a contortionist.

Ha, the guy must have a masochist streak.

OT, but of Chinese interest:
2 billion dead, India-Pakistan nuclear war would 'end civilization' with famine, study says http://phys.org/news/2013-12-nuclear-war-civilization-famine.html
-Fortunately, both India and Pakistan are run by rational, incorruptible leaders that would never let jingoism, fear or prestige affect their decisions…

(OT) Helsingborg hospital staff are firm believers in not encouraging patients to think they might be sick:
"Swedish man sent home with broken neck" http://www.thelocal.se/20131210/swedish-man-sent-home-with-broken-neck

Ha! Let's send Neil and Tony ( a.k.ka. "Pinky&Perky") round, all dressed up in plate armour to sort his po-mo gizzard out.

" In 2000 he (TP) co-organised, with Phil Freeman of Liverpool University, the first ever international conference on Battlefield Archaeology."
I mean these guys are grizzled old-skool ex-circuit-diggers, proper research, with books and all that. No nonsense.