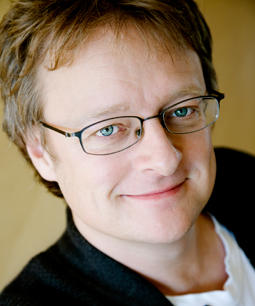 Dan Josefsson: Enlightener of the Year 2013

The Swedish Skeptics have announced their annual awards for 2013.

The Enlightener of the Year award is given to Dan Josefsson for his book Mannen som slutade ljuga, "The Man Who Stopped Lying", and his documentary film Kvinnan bakom Thomas Quick, "The Woman Behind Thomas Quick". Both describe the outlandish Freudian cult around psychoanalyst Margit Norell and how her ideas about repressed memory therapy caused an incarcerated junkie to confess over thirty murders and become convicted for eight despite a complete lack of forensic evidence. He has since been acquitted from all eight. Norell's followers at a psychiatric clinic and in the legal system were stuck in a thought structure that made itself immune to critical testing. If the suspect confessed to serial killings, then this was proof of his guilt. If he seemed unable to remember or describe even one detail of a murder correctly, then this too proved him guilty. Josefsson illuminates a case that has occupied Swedes and Norwegians for 20 years and finally makes it comprehensible.

The Deceiver of the Year anti-award is given to Strålskyddsstiftelsen, "The Radiation Protection Foundation", a small alarmist lobby organisation that disseminates skewed and inaccurate health claims and conspiracy theories about cell phones and wifi connections, not least to schools.

The Swedish Skeptics have announced their annual awards for 2016. The Enlightener of the Year award is given to the science desk at Dagens Nyheter, a major newspaper. Science editor Maria Gunther and medicine reporter Amina Mansoor have made medicine and other science accessible in an initiated yet…

Last spring I stepped down from the chair and the editorial board of the Swedish Skeptics, but I remain an enthusiastic member of the association and we have a really strong executive board these days. Now they have announced the Swedish Skeptics' annual awards for 2014. The Enlightener of the Year…

The Swedish Skeptic Society's annual awards for 2009 were announced yesterday. Professor emeritus of ecological zoology Staffan Ulfstrand receives the Enlightener of the Year award,"... for his engrossing and pedagogical books about evolution [such as Savannah Lives: Animal Life and the Human…

Yum. I deal with depressing stuff like this by laughing at the absurdities. We should be lucky no one got burned at a stake by the idiots. Kudos to Josefsson.
(OT) Some more anti-reality: "More 2013 Predictions From ‘Psychics’" http://freethoughtblogs.com/dispatches/2014/01/01/more-2013-predictions…
I found one (1) correct prediction by Nikki, the “psychic to the stars.” : "A possible landing of a spaceship"
Ever heard of the Soyuz capsules?

Language hard is. Should be "happy" instead of "lucky"
BTW is there any documented case of bona fide repressed memories?

As I understand it, people forget stuff all the time, but they have a really hard time forgetting the really nasty stuff. Like, say, Satanist ritual abuse at age 7, just to grab an example at random.

In the state in which I practice law, a statue provides a confession alone is not sufficient for conviction. That said, courts have ruled that it doesn't take much corroboration.

Kenny MacAskill is trying to get corroboration dropped from process in our silly wee soon-to-be-"independent" country.
Which means the Orkney, Ayrshire and I think it was Stornoway "Satanic abuse" scandals would have had an even worse impact, I suppose. Banana republic, here we come.