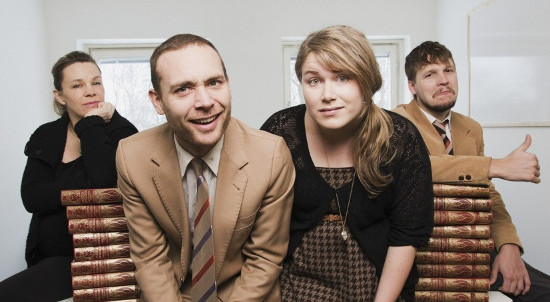 The Institutet radio show: 2015 Enlighteners of the Year

The Swedish Skeptics have announced their annual awards for 2015.

The Enlightener of the Year award is given to a radio show on Swedish Broadcasting's channel 3, Institutet, "The Institute". Show hosts Karin Gyllenklev and Jesper Rönndahl use humour to reach out with science content to a wide audience.

The Deceiver of the Year anti-award is given to a neighbouring show of the aforementioned, channel 1's Kaliber, "Calibre". They get this doubtful honour for a show where they suggested that vaccination against HPV, Human Papilloma Virus, carries serious risks. Their slanted and selective reporting of the science may cause some people to withhold this life-saving jab from their kids. I talked to a similarly angle-pushing TV reporter about this in 2013.