"I'll never, ever be full. I'll always be hungry. Obviously, I'm not talking about food." -Dwayne 'The Rock' Johnson

Only a very small percentage of galaxies have active supermassive black holes. While the black holes themselves are common, they only rarely feed, gaining a huge influx of matter to accelerate and send jets and other emission out. When a galaxy does become active, they can appear in any number of interesting manifestations, dependent on their orientation relative to us. 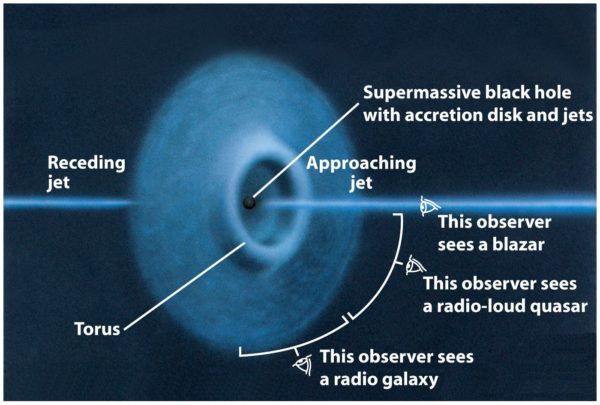 But most galaxies, on human timescales, will either appear permanently off or on. A galaxy can turn on from a merger, accretion or just a chance encounter with a star cluster or gas cloud, but for the first time, we’ve seen one turn on and then off in great detail. As it turns out, the X-ray emissions are key to watching the feeding stop, and seeing the galaxy fade as a result. 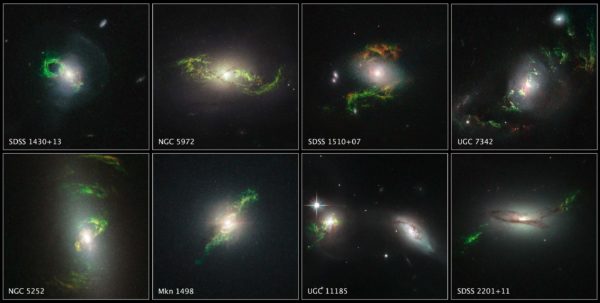 The bright emissions extending past the edge of the galaxies are evidence of prior AGN activity, but the central black holes are too dim now. Image credit: NASA / ESA / W. Keel, University of Alabama.

Come get the amazing story in pictures, video and 200 words, top, on today’s Mostly Mute Monday!

Is the BH eating, or being spoon fed?

As a layman, I have a question: Why isn't our universe a black hole? Certainly at the time of the big-bang there was plenty of mass, in a small enough space, to create a black hole.

If we are in a black hole, the event horizon would be far out in space, given the total mass of the universe.