As I blogged about in late May, a recent find from Blekinge has cast light on an enigmatic oval mount that my team collected in Östergötland in 2007. We can now say fairly confidently that the object type belongs to the 19th century. And yesterday Karin Tetteris of the Swedish Army Museum came through with evidence that strengthens this dating and suggests a function for the mounts: horse harness.

Specifically, we're dealing with cruppers, Sw. svanskappor, "a soft padded loop under the base of the tail, to keep the harness from slipping forward" as Wikipedia explains. None of the mounts in Karin's photographs are exact parallels, but they're close enough in my opinion. Case closed! Thank you, Karin! Though I'd love to see an oval, gilded mount still on its harness, too. 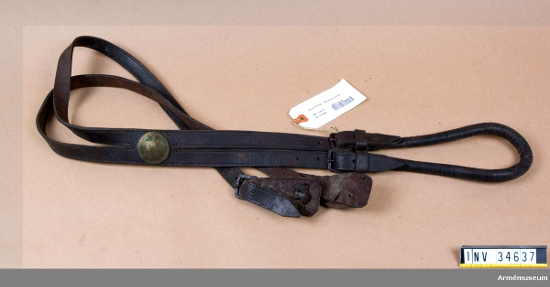 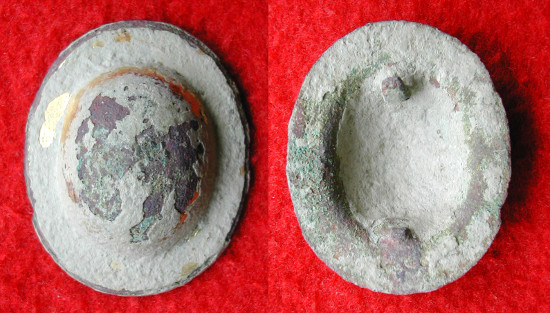