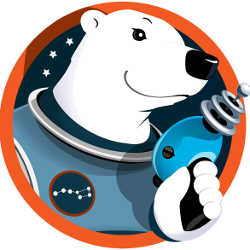 The 75th World Science Fiction Convention took place in Helsinki and seems to have had the second-highest attendance ever: more than 7000 people in the Messukeskus convention centre, 2000 of whom had (like myself) never attended a WorldCon before. There were 250 programme items only on the Friday between 10 am and 10 pm, so there is no way that I'll be able to tell you everything that went on. (Check out the programme here.) Instead I'll tell you the bits I enjoyed the most, plus some observations.

The WorldCon crowd was incredibly diverse even if you disregarded the cosplayers. Men and women and trans folks, old and young, white and brown, Western and Eastern and Sikh. Two couples that caught my eye, for instance, were a skinny Japanese guy and a well-favoured black lady who wandered about hand in hand, and a Scandy couple with their baby in a buggy where both parents wore dresses and lipstick but one appeared to shave daily. And the attendees awarded N.K. Jemisin the Hugo for best novel for the second year running. The Puppies movement of 2013–16 that wanted white masculine conservative technocratic Hugo winners, not a bunch of brown-skinned women and gay people, is well and truly an ex-parrot.

The most interesting events I attended were Sonja Virta's talk about Tove Jansson's illustrations for The Hobbit, Karoliina Korppoo's talk about boardgames in Finland, Kevin Roche's talk about quantum computing and the Hugo prize ceremony.

The funniest events I attended were Lee Moyer's presentation of weird and ugly book covers, Charles Stross's reading from his forthcoming Laundry novel The Labyrinth Index (highly satirical – it has Nyarlathotep as main inhabitant of 10 Downing St.), the panel on mistranslations and the panel on Stockholm-Helsinki ferry culture.

My own programme items – a talk about crackpot archaeology in Scandinavia, a panel about Medieval reality vs fantasy, two Q&As about archaeology in the children's room – all went super well, though the grown-up events could easily have filled much larger rooms than the ones we had been assigned.

I also enjoyed the short film programme, the art show and the socialising. I was lucky: my talk was one of the first events at the convention, so people learned early to recognise my face and several came up to me for a chat. Two of these conversations were particularly surprising.

1) The tall paunchy greybeard whom I didn't recognise until minutes into the conversation, when I realised that he was an old Tolkien Society buddy that I hadn't seen in a quarter century, and whom I remembered as a lanky beardless redhead.

2) The friendly Finn who had heard only 20 minutes of my talk before he and many other floor sitters were kicked out because of the fire safety rules, and who found the talk super interesting and wanted to hear more despite himself being a big believer in dowsing and several pretty far-out ideas about archaeological sites.

This was a super big, super rich and super well-organised convention. I found so much to do despite knowing nothing about the guests of honour and despite having no interest in several of the main strands of the programming (notably TV shows, comics, academic lit-crit and how to write fiction). Two years from now the WorldCon will be in Dublin, a city to which you can travel cheaply from Stockholm. I've never been to the Republic of Ireland. I'm thinking now that I'd really like to go to the con with my wife and then rent a car to spend a week at small-town B&Bs around the country.

** read names I know, and some I unfortunately don't **

OK, now I'm curious. I'm thinking of attending the next one, and Dublin is not that far.

Uh, I just noticed your Big Bear has the Grande Ourse on its lapel. I like the recursive reference.

Helianthus, WorldCon 76 is next year in San José, CA!

"I’ve never been to the Republic of Ireland"
-You and your wife could probably spend several weeks going from one neolithic or early bronze-age monument to the next. Bring umbrellas.
-- -- --
"Stockholm-Helsinki ferry Culture"'
The Umeå-Vasa ferry culture mainly consisted of getting yourself plastered, and trying to bring even more alcohol past customs without getting busted.
-- -- --
Charles Stross: In the latest Laundry novel, a David Cameron-esque PM wants to privatize the Laundry, not a good idea.
And the intestinal, brain-controlling parasites are even more disgusting than any Alien xenomorphs.

From cave bears to space bears, spanning 100.000 years of development, with a bit of GM thrown in at the end.
(Evolution nit-picking: you will notice it has a proper thumb, not like the "thumb" analogue used by pandas)

Too bad the Strugatskys have passed away, the Con being close to Russia. Did you notice any new Russian talent attending?

Apologies for OT statement to follow. (I want you to feel as miserable as I am)
"More on Trump’s Forced Statement on White Supremacists " http://www.patheos.com/blogs/dispatches/2017/08/16/trumps-forced-statem…

Not just umbrellas, wellies too. Ireland is a very welcoming country where B&B owners often take extraordinarily good care of their guests. And their guests' clothing. We were doing a cycle camping tour when the persistent rain persuaded us to indulge in a B&B in Sneem, although we were doubtful of our welcome as we were wet through and muddy to boot. Not only were we welcomed, told there was plenty of water for baths, but our clothes were dried overnight in front of the Aga.

Birger, one young Russian fellow came up to me after the Medieval panel and asked me anxiously if there was anything left to find out about the period. (-;

Hi Martin, I was one of those locked out of your presentation - a big disappointment to me, as it is a topic I'm really interested in! I love crackpot archeology. I have a special interest in the pyramids and ley lines. I've also been reading up on Finnish mythology since moving here. I'm a writer/book designer and this is an area of research for my next book (zachdodson.com). Could I ask you a few questions? Do you have any materials or references from the lecture you gave? Best, Z