What is an electron?

As surprising as it may sound, no one really knows what an electron is, and it is this fundamental question that has been the driving force for much of modern physics and eventually led to the development of quantum field theory.

To answer the question “What is an electron?”, you would think the first step would be to observe it. However, that is easier said than done. Electrons are simply too small for us to observe - the smallest thing we can observe is an atom and even that is not observed with a traditional microscope.

So, we can’t observe an electron, however we can observe its behavior, more specifically its energy. Currently this is done with Penning traps – a special device developed in the 1970’s with the purpose of trapping particles for extensive periods of time so that accurate measurements could be made. 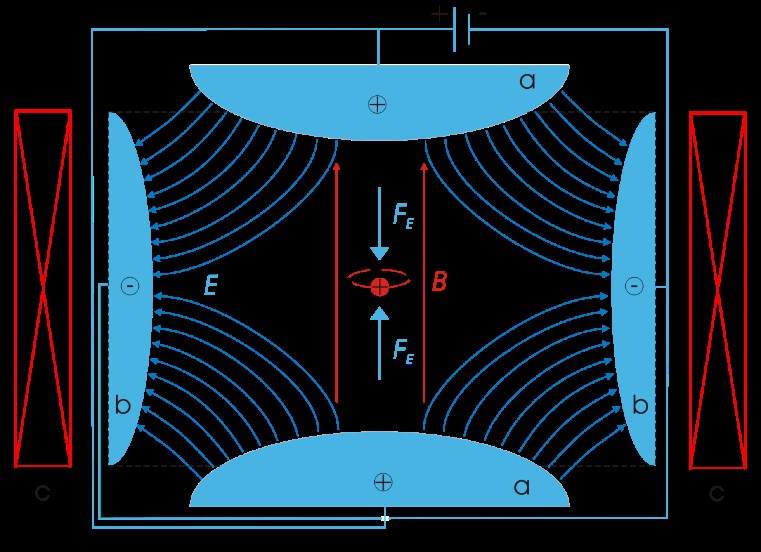 In fact, it was this type of energy measurement that led to the discovery of the electron by J. J. Thompson in 1879. This discovery subsequently ended the idea that the atom was the smallest particle, with Thompson instead suggesting that an atom is composed of electrons surrounded by a soup of positive charge - the plum pudding model.

However, this was later found to be incorrect when Ernest Rutherford carried out his famous gold leaf experiments along with Geiger and Marsden, and concluded that the mass of an atom was concentrated at its center and thus proposed a model with a positive central nucleus surrounded by negatively charged electrons. 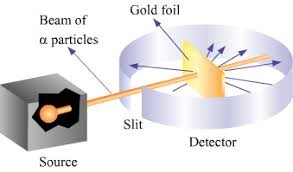 This model was further developed with the help of Niels Bohr, but instead of the electrons being randomly distributed he proposed that they existed in orbitals – orbiting the central positive nucleus analogous to planets orbiting a central nucleus/star. 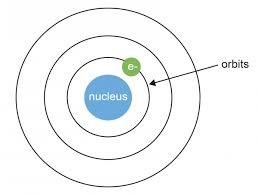 For multi-electron atoms the spectral analysis showed many more discrete emission lines that could not be explained by the Bohr model. 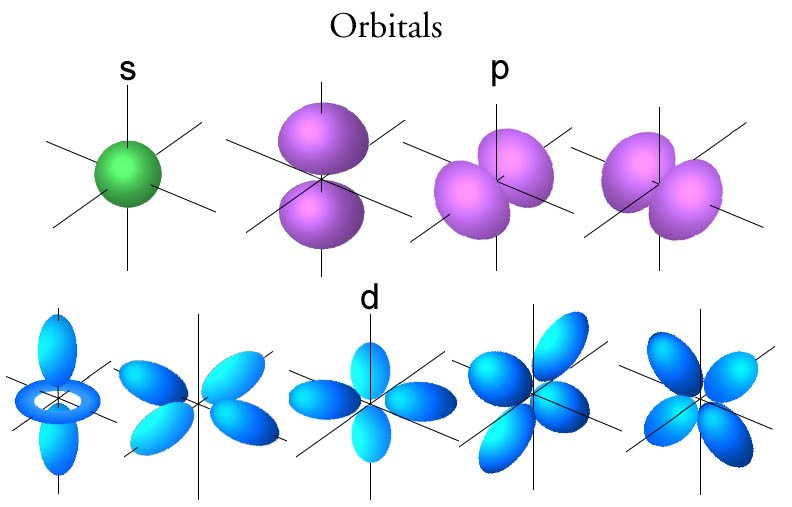 This is where the quantum model took over, where, instead of existing in precisely-defined orbits, all that is known about electrons is their probable distribution around the atom – generally referred to as an electron cloud. The electron cloud model was developed in 1926 by Erwin Schrödinger and Werner Heisenberg and can be explained in terms of a probability wave – specifically the Schrodinger wave equation – where the states or ‘orbitals’ that an electron can occupy in an atom is analogous to that of a standing wave.

In the quantum model these states, or orbitals depend on a set of quantum numbers for example the principle quantum number n, the angular momentum number l, the magnetic number m, and the spin number s. It is these different quantum numbers that define the position and momentum of an electron in terms of a probability cloud and describe the emission lines that were unaccounted for in the Bohr model.

This alternative view of electrons as probability clouds, rather than definite orbital states, successfully describes the behavior of matter. However, although achieving what the Bohr model couldn’t, it still doesn’t reveal the nature of the electron and where its mass comes from.

To get deeper still we need a model that more accurately describes the nature and structure of the electron which is just what is offered in the generalised holographic model introduced by Nassim Haramein.

This approach starts by defining the fundamental bit of energy as an oscillating spherical unit at the Planck scale – named the Planck Spherical Unit (PSU). Then, expanding on the work of physicists David Bohm, Jacob Bekenstein, Stephen Hawking, Gerard ’t Hooft and Leonard Susskind, it states that the energy – or information - of any spherical system is proportional to the number of PSUs within the spherical volume (volume entropy) and the number of PSUs available on the spherical surface horizon (surface entropy). 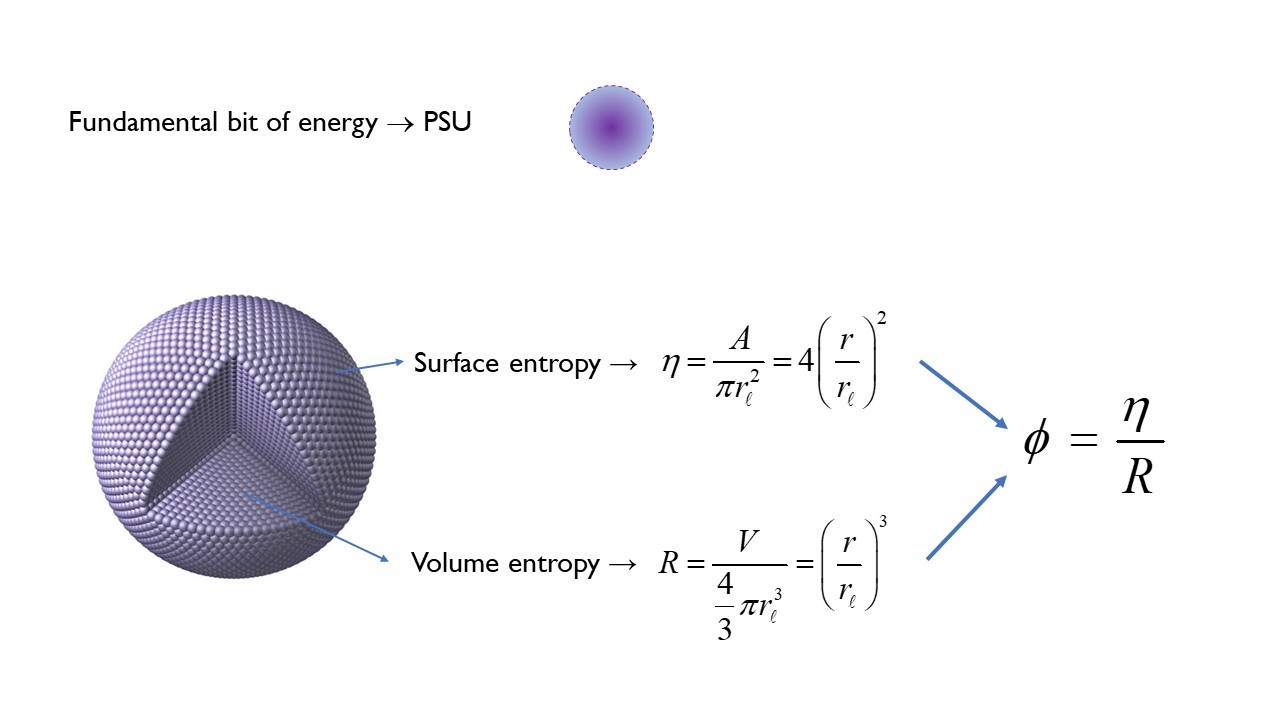 This holographic relationship between the exterior and the interior defines the mass expressed by the system at any given moment while the inverse defines the mass-energy density of the system – or as described by David Bohm, the unfolded and the enfolded, respectively.

The question is – can this approach be extended to the electron?

The first step in answering this question is to consider the spatial extent of the electron and the volume of information that it encloses. So if we start with the premise that an electron cloud can be considered as an ‘electron’ coherent field of information then instead of thinking about the electron as a separate system, the electron could be thought of as a cloud of potential energy spatially extending from the proton out to the radius where the volume encloses the electron cloud of a hydrogen Bohr atom. When we utilize this approach, we find an electron mass solution in terms of the holographic surface-to-volume ratio – the transfer potential - and a mass equivalent to the experimentally measured mass of the electron. So now we have a model that not only predicts the correct mass of the electron but as well offers a physical understanding of its structure down to the scale of the Planck length.

This new picture of the electron as a coherent collective behaviour of the Planck scale granular structure of spacetime offers us a deeper understanding of the nature of the electron. The details of this work were recently published in Physics Essays.

What is an electron?

July 25, 2019
As surprising as it may sound, no one really knows what an electron is, and it is this fundamental question that has been the driving force for much of modern physics and eventually led to the development of quantum field theory. To answer the question “What is an electron?”, you would think the…