Next: Wilder Pfaff and Zuckerhutl

After the Habicht I walked across to the Bremer hut and then the Nurnberger, and my next mountain was the Wilder Freiger. Its not difficult (incidentally, for a nice piece about the same region from the viewpoint of someone more cautious than me, see here) and this would be my third ascent but conditions were less than perfect: 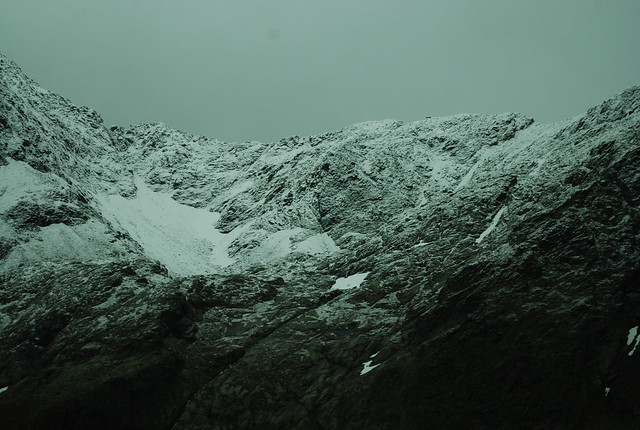 That's a view across the valley to the Simmingjochl, yesterday's route from the Bremer; look closely and you can see the Zollhutte on the skyline. I'd got up at 6 as an act of faith, but the snow, and the cloud base at ~2700 m, and the subsequent rain made me linger over breakfast and I didn't actually set off until 9. If you want to follow along at home, here's the GPS track.

Looking SW, from about 2700 m, towards the cloud-shrouded Feuerstein. The lake is the unmarked lake at 2500 m below the Grublferner. 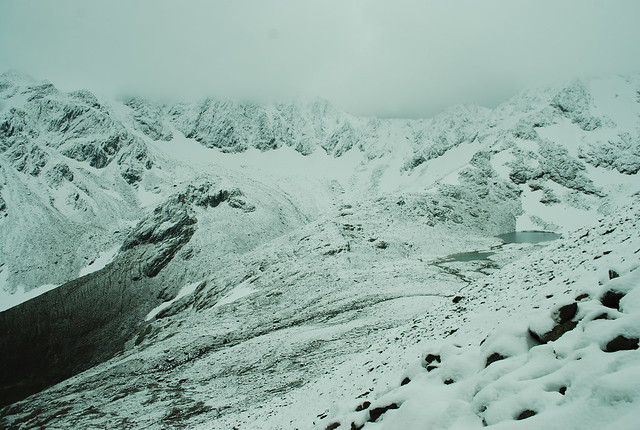 A bit higher up, looking NNE towards the Habicht: 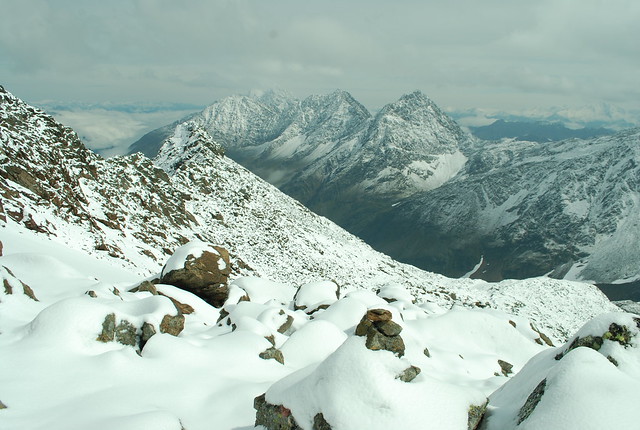 The skyline peak just R of center is the Innere Wetterspitze, the low point to the R of that is the Simmingjochl again, heading L are the Aus. W. and the Rotenspitz. And distant between them, the Habicht. I think. Mountains are pretty hard to do from photos.

Even the cairns are getting covered with snow. The fun part here is that you're walking over a boulder field, though which is traced one path which is (underneath all the snow) moderately level underfoot. But with all the path markers covered its easy to miss a twist of the path, at which point you start falling over the junk hidden under the snow.

Of course, I didn't take photos in 100% cloud so you don't get the right effect; but it was sufficiently hard to find the route that I nearly climbed the Gamssiptzl by mistake; which would have been a dreadful faux pas. Fortunately Jesus saved me: 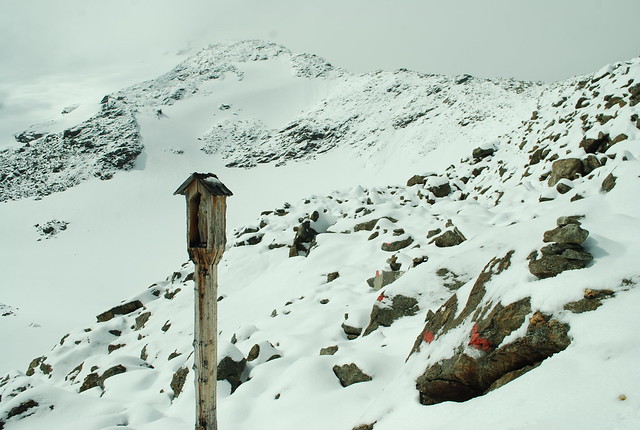 (Although I admit, a little later when the cloud had cleared you'd have to be a total bozo to miss this clue). The route continues down into the snow bowl then up the snow and along the ridge ahead; the top of the easily visible portion is ~3200 m, and peering L of that you can just see a bit of rocky stuff which is nearly the summit (well, probably the SE summit, Signalgipfel) at ~3350 m. Again in cloud, after a period of whiteout with zero contrast such as I've never come across before, I stumbled across the welcome but sadly unphotogenic abandonded customs hut, before reaching the True Summit (on the left) and the Signalgipfel (on the right): 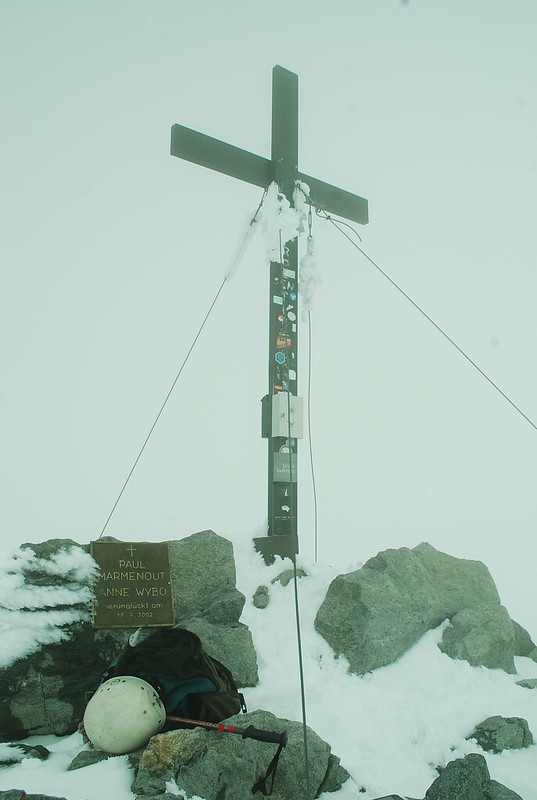 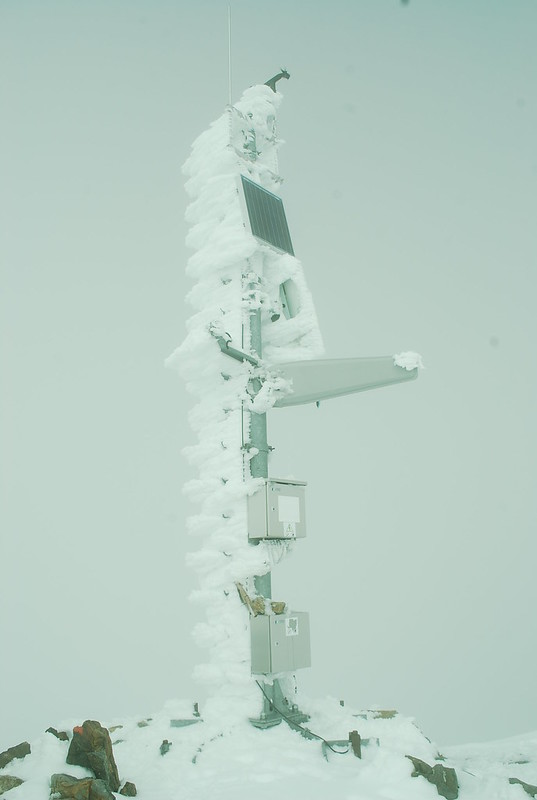 I offer the weather's apologies for not providing a nice clear blue sky to photograph both against. In my own defence, I hung around for about 15 mins hoping for a better pic of the AWS. The easiest way down from the summit to the South is very well marked and secured: 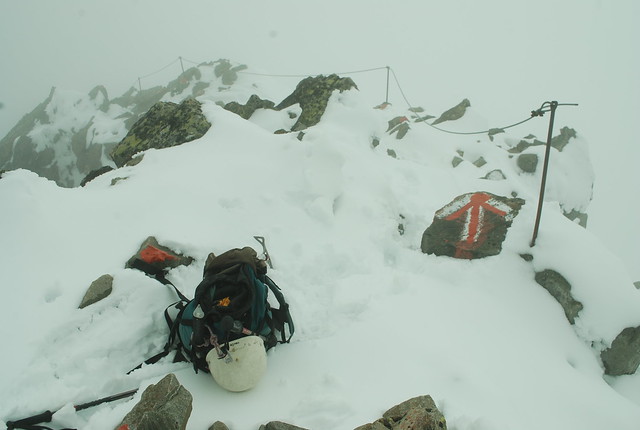 because its the route to the beautifully but absurdly situated Becherhaus or Rifugio Bicciere, which can't make up its mind if its Austrian or Italian. Its absurdly photogenic which is great if you're taking pictures, but if your aim is to actually get to the hut, you need to slog up 100 m or so: 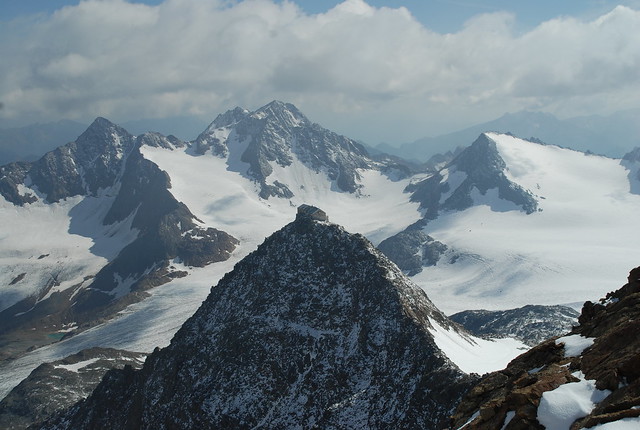 In the distance the Botzer (wiki has a charmingly antique pic) which is now on my list. Its only 3250 m, but is across the fairly extensive UbeltalFerner. But I was going to the Mullerhutte: 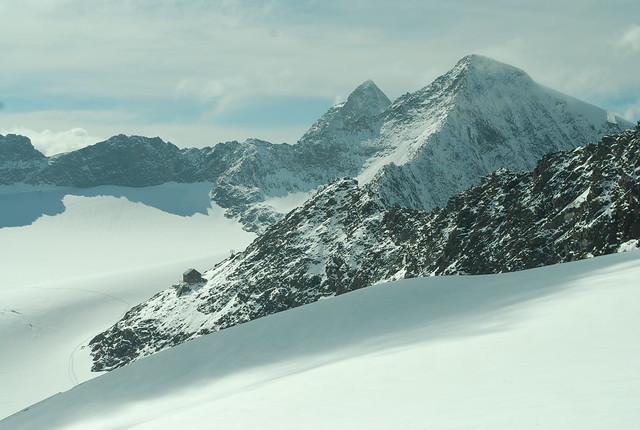 so the easiest thing to do is to drop off the ridge onto the glacier, keeping close-ish to the ridge so that you can pretend that crevasses never reach to the edges, errm, and then follow someone else's tracks across because its an invariable rule that if someone else didn't fall into a hidden crevasse, then neither will you. Zoom in on the GPS trace in "satellite" view at the inexplicable zig at the end and you'll see.

The apparent high point on the skyline is the Wilder Pfaff, 3458 m, and apparently-lower-but-actually-higher is the Zuckerhutl, 3505 m. But those are stories for tomorrow. Finally, the weather was good enough that I could sit outside in the sunshine, at least briefly: 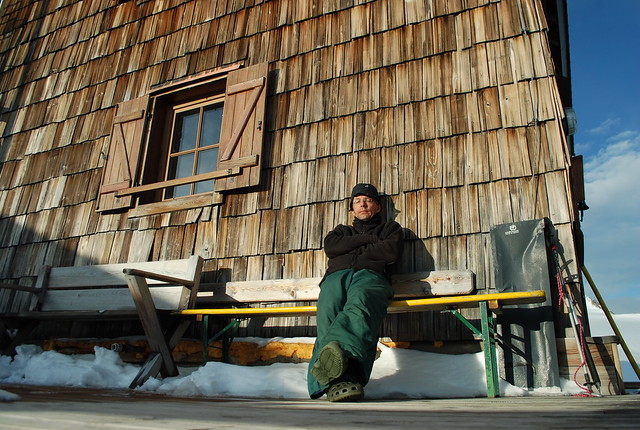 The Becherhaus and Mullerhutte stare at each other across the vale like Two Towers: 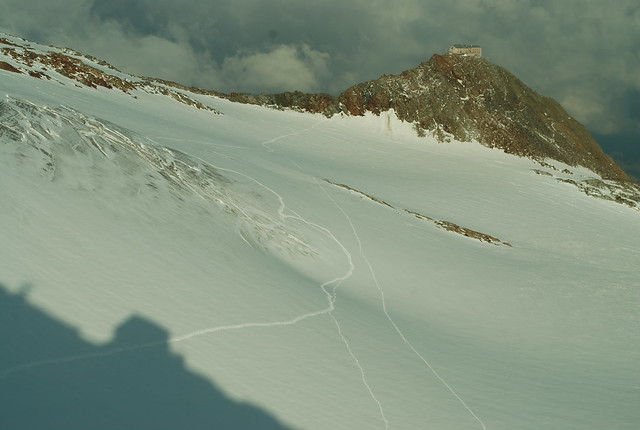 Video of Nurnburger to WF to Mullerhutte to W Pfaff to Z and descend the Sulzenauferner. Or you may prefer the Dent du Geant. 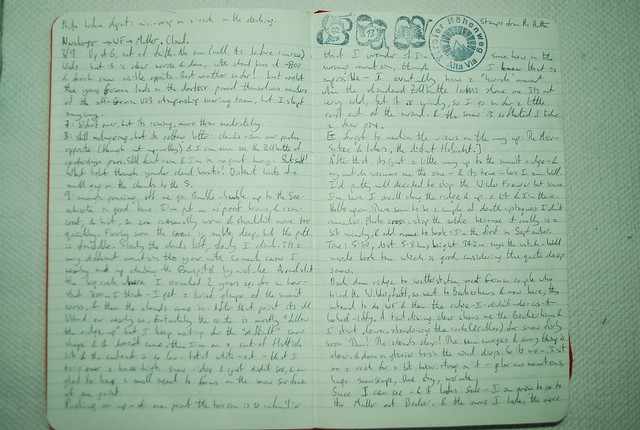 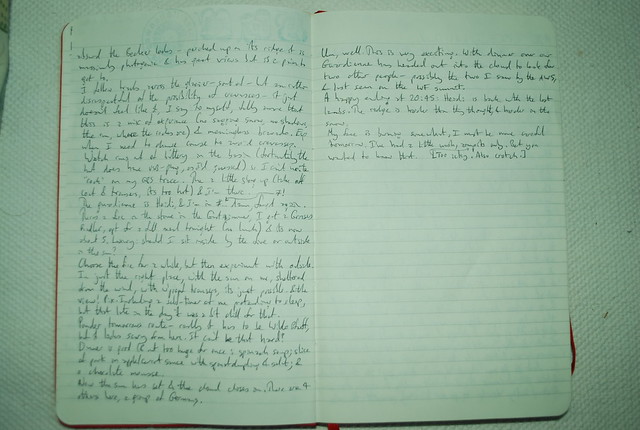 Nice pics, I'll add these mountains to places I want to hike. If I ever get out of the US that is ;)

Incredible photos. Thanks for that.

[Thanks, corrected. But I didn't add the umlaut -W]

> Becherhaus or Rifugio Bicciere, which can’t make up its mind if its Austrian or Italian.

Becherhaus was built by DÖAV-Sektion Hannover, was confiscated by the Italian state, and now is property of Autonome Provinz Bozen Südtirol: http://www.provinz.bz.it/vermoegensverwaltung/themen/schutzhuetten.asp