The man ain't got no culture

To the British Museum, via the Vets Head, of which more anon. 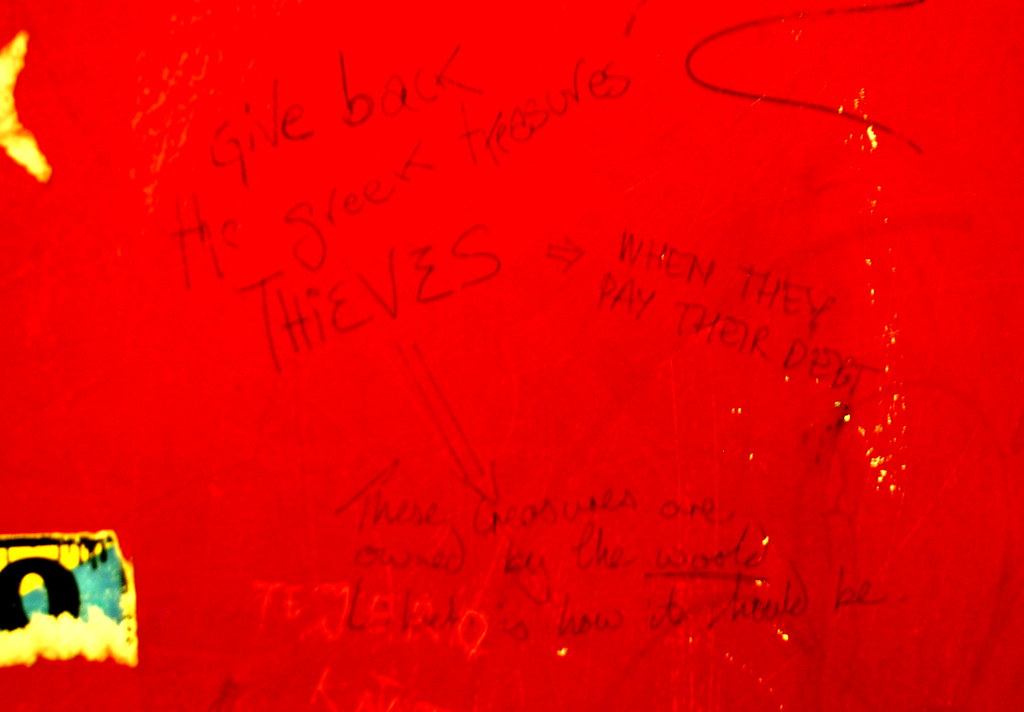 Pen on oil, various hands, circa 2014. Or, if you prefer a more stringent test of your cultural levels, try to identify the provenance of this: 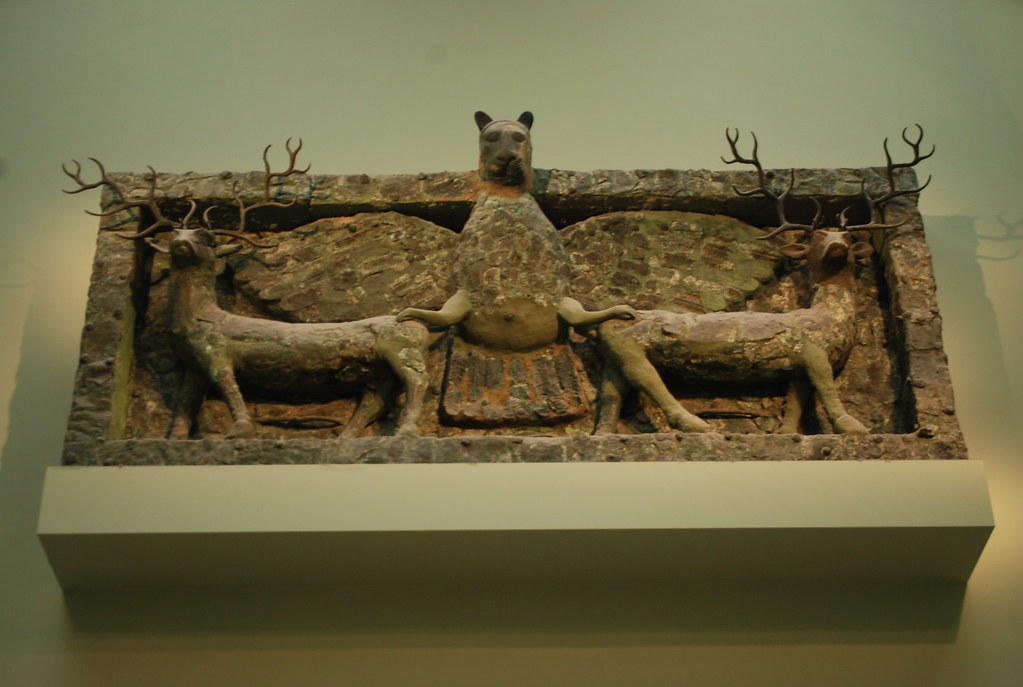 The main theme for today's visit was Defining beauty: the body in ancient Greek art which was interesting, and confirms for me that the older I get and the more I know about other, particularly antient, cultures, the more I realise how little I understand what they can possibly have been thinking. Eventually, when I'm really old, I'll realise I've never understood anyone else at all.

For <reasons> we ended up walking through more of London that usual, which lead me to realise how weird London is, too. 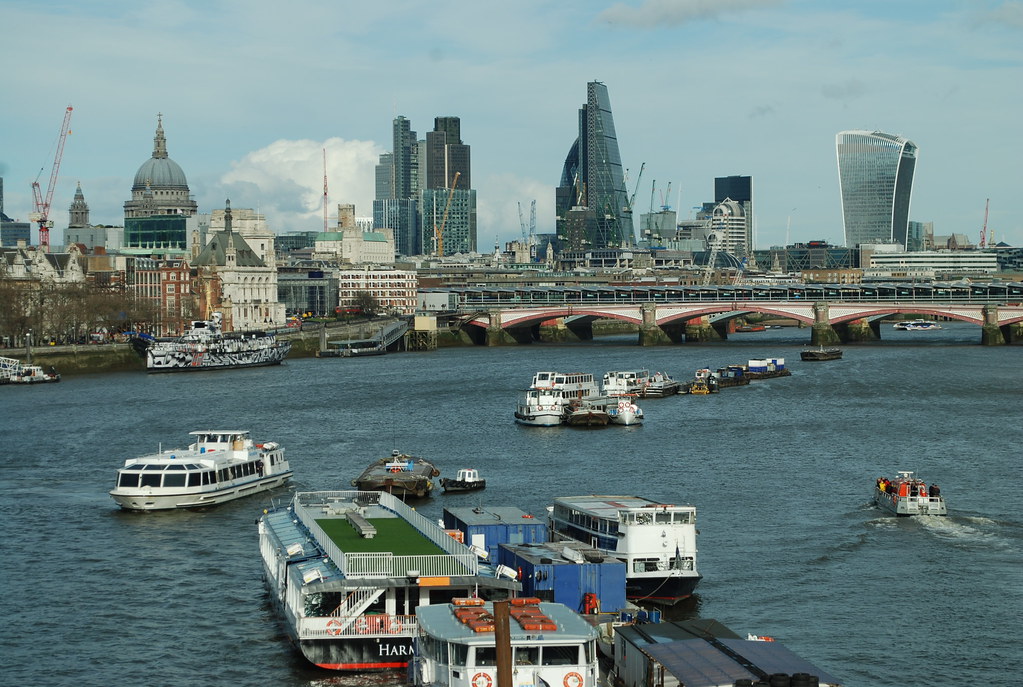 Here's St Pauls, from Waterloo bridge; and while the overall scene is pleasing in the fitful sunlight, some of the modern buildings are astonishingly stupid. Its like tasteless aliens have dropped giant blocks of Lego on the unsuspecting city. Their architects should be hung from the overhanging sides. Speaking of which, there's a lovely relief in the BM with giant Assyrian archers, a badly drawn siege engine, appalling perspective on a ladder, and some impaled captives. And, according to the caption, juggling with cut-off heads; but I couldn't see that.

Lastly, I quite wanted to write about Removing Diurnal Cycle Contamination in Satellite-Derived Tropospheric Temperatures: Understanding Tropical Tropospheric Trend Discrepancies by Stephen Po-Chedley, Tyler J. Thorsen, and Qiang Fu; but I don't have the paper (h/t Ned; yes I know about SS but I want to read the paper). Anyone? [Updated: its here; my thanks to DA.]

And, errm, lastly again, a snippet from Wolf Hall:

I tell you, Cromwell, you've got face, coming here.
My Lord, you sent for me.
Did I? Norfolk looks alarmed. It's come to that?

* A Simple Desultory Philippic (or How I Was Robert McNamara'd into Submission)
* Patrick Moore Gets Called Out, Storms Out of Interview

She don’t make me nervous, she don’t talk too much

Obscure, perhaps, but I claim it was by request. My sermon is taken from Removing Diurnal Cycle Contamination in Satellite-Derived Tropospheric Temperatures: Understanding Tropical Tropospheric Trend Discrepancies by S Po-Chedley, T Thorsen and Q Fu, but before I get onto that I need to snark a bit…

All of this will soon be moot, anyway

No, don't worry, I'm not giving up. Its is a quote, provided somewhat tactlessly by the normally urbane Crandles: All of this will soon be moot, anyway. Since last year we have been working on v6.0 of the UAH datasets which should be ready with the tropospheric temperature datasets before summer is…

I hate to break up the pattern of alternating cute baby pictures with rants about science and the general public, but I wanted to sneak in a plug for a new initiative that I'm very tangentially involved in on campus. Union has launched a new fellowship program, the "Minerva Fellows", providing…

Elvis has left the Building! (Guest Post by Scott Church)

By now everyone knows that last June the UAH (University of Alabama Huntsville) team led by Roy Spencer and John Christy released updates to their satellite derived lower troposphere temperature trends. These trends, which come from their "TLT" dataset use data from the Microwave Sounding Unit (…

we ended up walking through more of London that usual, which lead me to realise how weird London is

You need to get out more. If that photo is representative of London's skyline, then the weird thing about London is that a city of such importance has so few architectural monstrosities of that kind. Boston's City Hall is particularly egregious, but pretty much every major city in North America has buildings as bad or worse than the ones in your photo, and let's not talk about what the Chinese and Japanese have been building.

Skyscrapers. Will Self's piece may be of interest:

[Well, he's a writer. He doesn't really understand the concept of function -W]

I never thought I'd see that particular line from Simon & Garfunkel's Wednesday Morning, 3 a.m. used as a title. (I approve...)

How long until you begin quoting Dylan Thomas (whoever he wuz)? ;)

[There's actually a subtle Dylan reference in this very post, if you look hard enough -W]

Modernization is important. I think we live in a world where technology is taking over society and where the modern world is playing an increasingly big role in the functioning of cities. Small towns are getting less and less and big cities, like London for example, are getting bigger by the day. Yes, point taken, maybe these buildings could have been done a bit better. But fact is, this is the world we live in, and expansions like these are just a step in the right direction according to me.