The CIA Is Shuttering a Secretive Climate Research Program? 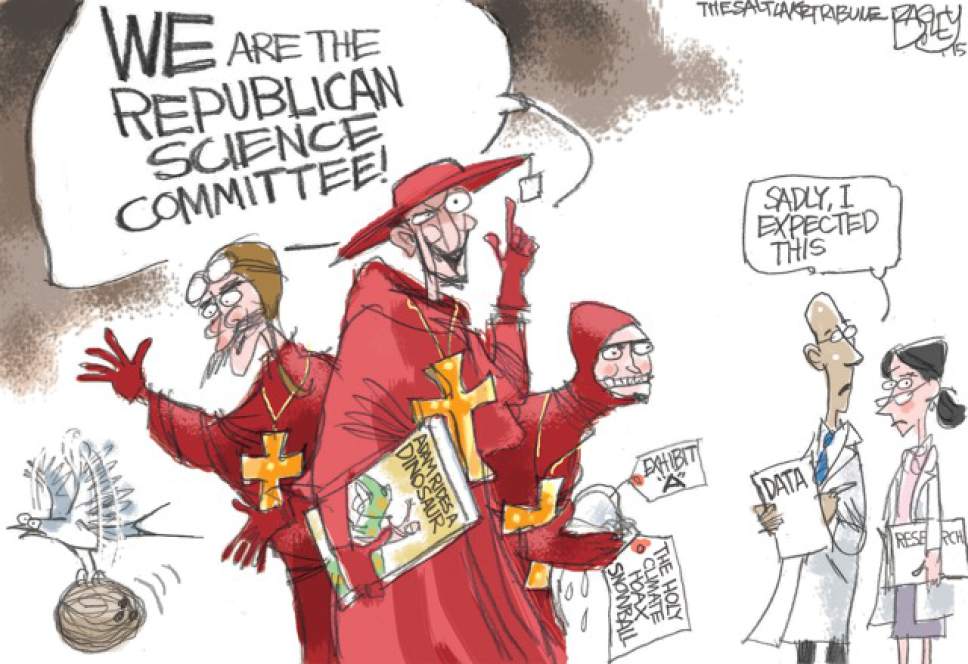 So gushes Mother Jones, adding the enticing word "exclusive" to the story. But - weirdly enough, for a confection of spying and science reporting, both of which are normally so reliable - this appears to be a bit garbled. Firstly, the "climate research programme" looks to be more like the CIA had allowed civilian scientists to access classified data—such as ocean temperature and tidal readings gathered by Navy submarines and topography data collected by spy satellites. So, not CIA research at all: just data sharing. And presumably not CIA data mostly; if this is stuff routinely gathered by Navy subs, its presumably Navy data; which the CIA had been given the job of giving out? Hard to be sure. National Journal seems to support my interpretation.

Aside: Peter "Sea Ice Collapse" Wadhams was once heavily into sea ice data gathered from Royal Navy subs. I believe that the Navy didn't want to just release the data; (a) because they're just not like that, and (b) because they didn't want people to know exactly where they had been. But ice thickness without location is useless; so trusted people to look at the data were needed.

Perhaps less gushy - well, a little less - is the NYT with C.I.A. Is Sharing Data With Climate Scientists from 2010, announcing the re-start of the programme now shut down. And it full of scientists - well, actually, mostly just one, Norbert Untersteiner, a perfectly respectable person - saying how valuable all this data is. And I bet if you can get some decent papers out of it, that's really great. But in terms of overall monitoring, the freely available SSMI/SSMR/AMSR stuff is far more important. So I'm dubious this is any great loss.

FWIW, the only piece of CIA research on climate change that I looked at - A study of climatological research as it pertains to intelligence problems - was rubbish. It was an object lesson in why letting a secretive organisation that didn't get out much, do research, is a really bad idea. Doubtless asking scientists to go spying would go equally badly.

https://www.nsf.gov/news/news_summ.jsp?cntn_id=102863
for one mention of the so-called "Gore box," the first opening of the data from US subs. Wiki has no article "Gore box" but Google does a fair if reticent job.

I'd think they do have the position/time data, you just won't find it in the public domain.

You'd only see products derived from that underlying data.

It could have been to such a point that the scientists brought their stuff (models/codes) into the t0p sekrit z0ne, did their stuff, walked out with only resulting calculation products.

Paranoid is the new normal with government labs over here (circa 2012).

The Gore Box versus the Putin Pole, and I'd hazard a pretty good guess that you'd have to prove your ancestors came here on the Mayflower to see that data (I had secret (which is pretty easy to get) my friend has top secret (in which the spooks asked me (and others) about him), so I'd say something above TS to see those tracks).

Does the weasel expect this cartoon to go unanswered?

they do this kind of thing all the time - the close a program while having already transferred the program material to another program with a different name and mandate on paper but with the same initial goals.

oh i am going to tell everyone all the secrets then the whole world is going to know.

And on that day, a quick Google search, showed very much the same headline elsewhere's.

It's usually a good idea to read the entire article, I suppose, except for op-eds, I hate reading (bias-with-intent) op-eds (no citations). Just my opinion. Irony meter at 11. Bye.

It's almost a certainty that the military and intelligence community are still maintaining close ties with climate scientists, given the Defense Department's unequivocal statements over the past decade or so, that climate change is _the_ #1 national security threat in this century.

The Medea project may have been closed, but there is most likely a successor program under a different name, where the obscurantists and denialists in Congress won't find it any time soon. The media reports about the closure of Medea were most likely intended give "those grandstanding idiots in Congress" (that's how the intelligence community views Congressional concern-trolling) a piece of red meat to let them think they won this round.

Can I have some evidence for this? Pretty please :)

Is that an African Swallow?

I think it must be.

Michael @10: The point of a spying mission is usually to find out what they know, without them knowing that you know that they know. Scientists have a tendency to share information widely, which is good for the first part but not for the second.

I disagree with the first part of the statement in question. Los Alamos National Laboratory is still (70 years after the end of WWII) doing work on nuclear weapons: both design and anti-proliferation measures. They also employ lots of legitimate scientists who do research on various topics, some of it with classified data. There may be particular issues with the CIA, especially in an administration that pushes for politicization of intelligence (*cough* GWB *cough*). OTOH, it may be in their interest to let other people think they are incompetent. They still get their funding, and Congress tends not to ask too many questions except when they screw up a little too spectacularly.

Remember the tactic of letting your opponent spend himself into collapse trying to keep up with you -- the approach that paid off during Reagan's administration.

Science has a head-on collision with policy
That's worrying on its own. But it's a special problem, Alley argued, because of the way policy makers have approached sea level rise. To begin with, they've tended to assume that any rise will be gradual and slow. Alley blamed this in part on the reports from the Intergovernmental Panel on Climate Change—its most recent report provided a conservative estimate, and failed to convey the large uncertainties in what we know about ice sheet behavior.
The other problem, in his view, is that economists also assumed that people would be rational actors, and either take preventative measures or stop investing any money in property that would inevitably wind up under water. Neither of those have happened. Alley said that he and many others had been teaching introductory geology classes that discuss how conditions in New Orleans made something like Katrina inevitable, but that didn't actually result in any investment in infrastructure to handle the problems. Similarly, some of the problems New York City faced during Sandy had been accurately predicted a number of years in advance.
The lack of economic rationality, however, is also apparent after the events have occurred. Rather than focus on a rational evaluation of future risks, we've generally pumped money into rebuilding in precisely the same places that have just been wiped out....

Chill Hank- ruminating on Antarctic glaciers tobogganing into the South Seas opens a new can of moral hazard worms.

Naomi Klein and the lords of framing must be frowning at Richard Alley for opening such a pandora's policy box -- for the price of a six pack of Panama Canals, Fluor or Bechtel might volunteer to head south with a few thousand shiploads of structural steel , and flying butress the towering ice walls to earn the applause of millions of Game of Thrones fans

Not really newsworthy. The Met Office was (a profit making) part of the Ministry of Defence until very recently. Weather knowledge has always been vital to the military and intelligence services, with an early example of climate science being Halley's mapping of the trade winds aiding not just the dominance of British trade, but also the dominance of the Royal Navy. I once read somewhere that the Argentinians were able to monitor Royal Navy deployment during the Falklands War through weather reports.