What I said about Exxon 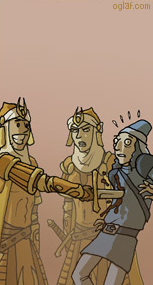 I want to write about some new stuff, but in the course of it I need to rehearse what I've said about Exxon over the years. So I'll do it here, for reference. Some of it is so far in the past it predates blogging.

Exxon Chairman puts Climate Change in Perspective. Me, responding to someone quoting "Exxon Chairman Calls Poverty Most Pressing Environmental Problem in Developing Countries"(mmm... a theme that never dies. Notice also cameo appearance from John McCarthy: It would take a lot to induce the chairman of Exxon to promote nuclear
energy):

Well yes. Things were clearer in those days: Exxon really were naughty and Lee Raymond really was doing his best to mislead people, probably without actively lying.

ExxonMobil deflects critics with $100m green donation. Me, originating something just for once: quoting from the Graun (credit to them for managing to keep a web page up and not-bit-rotted for more than 12 years):

Debate Down Under. Me, responding to someone who had quoted from techcentralstation.com/041105F.html:

So, clearly little respect for them at that point.

Exxonmobil title-tattle: www.europeanvoice.com. Me noting that Exxon are shifting towards doing their best to say nothing about global warming.

Lee Raymond retires with stonking payoff. Per title really. Nothing explicitly to do with GW.

In defence of Exxon. My first post with such a title I think. I'm defending them against suggestions that they should invest in renewable energy, on the grounds that they don't know anything about it. Eli swiped me obliquely.

I think it might be. My memory, aka Google, says so. Feel free to point out more.

Ah, I also find Questions for Exxon CEO Rex Tillerson me commenting at mt's. And a comment on ExxonMobil’s position on climate change continues to be misunderstood by some individuals and groups at Inel's.

All in all, its pretty thin. Is it me, or is it Exxon?

* Lakes are warming at a surprisingly fast rate - VV

Well, TIL John McCarthy was an environmental optimist:

Lee Raymond grew up in a town just down the road from where I grew up. I know one of his cousins. I believe his Dad was a railroad engineer. He's a very bright guy. It was embarrassing to see him make the mistakes he did with respect to GW. The Sargasso Sea was one of his worst. I do think he came to realize the obvious.

Why this obsession with Exxon? Do you realize what a small fraction of global gas/oil they are responsible for?

He and I had many back-and-forths years ago, mostly on conservation biology issues. Eventually he contacted me in private to tell me that his biologist daughter also told him that he was mostly full of it regarding such issues, told me he loved my photography which he'd discovered online and asked about buying prints.

His best moments involved suggesting that the leadership of the Sierra Club be convicted of murder for opposing a new highway to replace 17 between Santa Cruz and San Jose (which had a high accident rate).