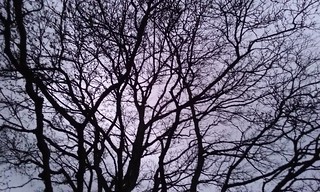 Catherine Ritz,Tamsin L. Edwards, Gaël Durand, Antony J. Payne, Vincent Peyaud& Richard C. A. Hindmarsh; Nature (2015) doi:10.1038/nature16147. And somewhat following on from Joan Crawford has risen from the grave! only its sane, well-crafted, and most important of all not only publishable but actually published. From the abstract:

Large parts of the Antarctic ice sheet lying on bedrock below sea level may be vulnerable to marine-ice-sheet instability... may be underway throughout the Amundsen Sea embayment... Physically plausible projections are challenging: numerical models with sufficient spatial resolution to simulate grounding-line processes have been too computationally expensive... and lower-resolution model projections rely on parameterizations that are only loosely constrained by present day changes. Here we project that the Antarctic ice sheet will contribute up to 30 cm sea-level equivalent by 2100 and 72 cm by 2200 (95% quantiles) where the ASE dominates. Our process-based, statistical approach... The dependence of sliding on basal friction is a key unknown: nonlinear relationships favour higher contributions. Results are conditional on assessments of MISI risk on the basis of projected triggers under the climate scenario A1B (ref. 9), although sensitivity to these is limited by theoretical and topographical constraints on the rate and extent of ice loss. We find that contributions are restricted by a combination of these constraints, calibration with success in simulating observed ASE losses, and low assessed risk in some basins. Our assessment suggests that upper-bound estimates from low-resolution models and physical arguments (up to a metre by 2100 and around one and a half by 2200) are implausible under current understanding of physical mechanisms and potential triggers.

Its saying that modelling is too hard, so lets try a more statistical approach; and if they do that, they get numbers that are, they believe, constrained to be smaller than some of the wilder estimates people have been flinging around.

The pic is the trees at Chatsworth edge.

* Batter my heart, three-person'd God
* Antarctica: ice gain or loss? by Jos Hagelaars, at Bart's. Some explanatory words but no real conclusions :-)

Sane and well-crafted perhaps, but missing terms (e.g. ice cliff failure) that could cause things to behave quite differently (as in much faster) in the future. TBF that and the couple others I know about were identified only very recently ,but until people have some good basis for confidence that they're no longer missing processes papers like this are going to be hostages to fortune. It would also be nice for the steady stream of this variety of nasty surprise to stop before their authors get too confident.

Of course cliff failure is still a hypothesis, not a known/proven mechanism. As I mentioned on twitter, our parameterisation is actually quite similar to theirs.

If you don't think we should constrain that parameterisation with current observations you can use our prior estimates (all in the Excel table) :)

And if you don't think we used a high enough maximum for the retreat rates in that parameterisation, see the sensitivity tests where we raise that maximum and got similar rates of SLR because of our 'no suction' check that makes sure ice isn't lost faster than is physically possible.

All in the SI pdf. Hope that helps, Tamsin

Oh, and thanks for "sane and well-crafted" both :)

[You never know when someone is watching. I guess I have to hope that Hansen isn't watching the other ones -W]

I don't know enough to be able to say whether paper is sane and well crafted or not. I also don't think I believe emissions will be as high as A1B for 2050 to 2100 because the cost of renewables look likely to be so much cheaper that ff will be almost entirely replaced over next 25+ years. However if that is what happens then I wouldn't have expected there to be any significant probability of less than 6cm by 2200 such that I would have expected such a mode to be discounted as an irrelevant artifact of the method and not mentioned in the abstract.

I get a 404 for the the rice-terraces post too.

I'm getting a 404 on your rice terraces post too.

[How weird; though thanks for letting me know, I appreciate it. Archive.is agrees with you its a 404.

Weirdly, if I then do the "get shortlink" thing, I can then archive it, as https://archive.is/7QjFJ. Which probably means the shortlink http://wp.me/p5VJVm-181 will work, too? -W]

Hmm, I don't think cliff failure is really a hypothesis in the broad sense, Tamsin, although the details may be largely undetermined.

So no, not missing the process (I hadn't checked the SI when I wrote that), but apparently minimizing it. Maybe it's correct to do so, but as I said I'll want to make sure I understand exactly why and then check that reasoning with other researchers pursuant to producing the post I mentioned. I'll be in touch soon.

The Stoat can sleep soundly in his autumn burrow knowing that Hansen really doesn't care about his opinion. What Hansen does care about is people having the conversation about the issues raised in the paper.

crandles, note also these new results. It seems to me that it's just too early to try to set an upper constraint on ice sheet loss.

Steve - OK, not a hypothesis:

"It should be emphasized that these mechanisms are highly parameterized in our model and are somewhat speculative."

crandles - Well, A1B is a scenario, not a prediction. Scenarios are not about what will happen, but about "what would happen if".

Our low mode at 2200 comes from uncertainty not in climate but in ice dynamics. We use three different variants of the law governing ice sliding. One of them gives much lower SLR because the grounding line the Amundsen Sea Embayment stops not far from the present position.

We focused on the results to 2100 in the media coverage because most people are more interested in (a) the shorter-term (b) how this study compares to previous work and IPCC AR5, which was mostly focused on 2100.

Richard Alley review article looks like it has relevance. Discussed at

[I wasn't too impressed by GL's article, which reads like some rather weak excuses for ignoring the paper -W]

"I wasn’t too impressed by GL’s article, which reads like some rather weak excuses for ignoring the paper -W"

I guess that means you're unimpressed with Richard Alley since Greg's post was mainly channeling him. But by some standards apparently Alley, and De Conto, and Pollard, are insane, or at the least wild!

What's interesting about those three is that until a few years ago they all shared the view reflected in Tamsin's paper. Recent obs changed that.

Crandles, I don't have a copy of the review article, but did it discuss the key recent paper Potential Antarctic Ice Sheet retreat driven by hydrofracturing and ice cliff failure (open access)?