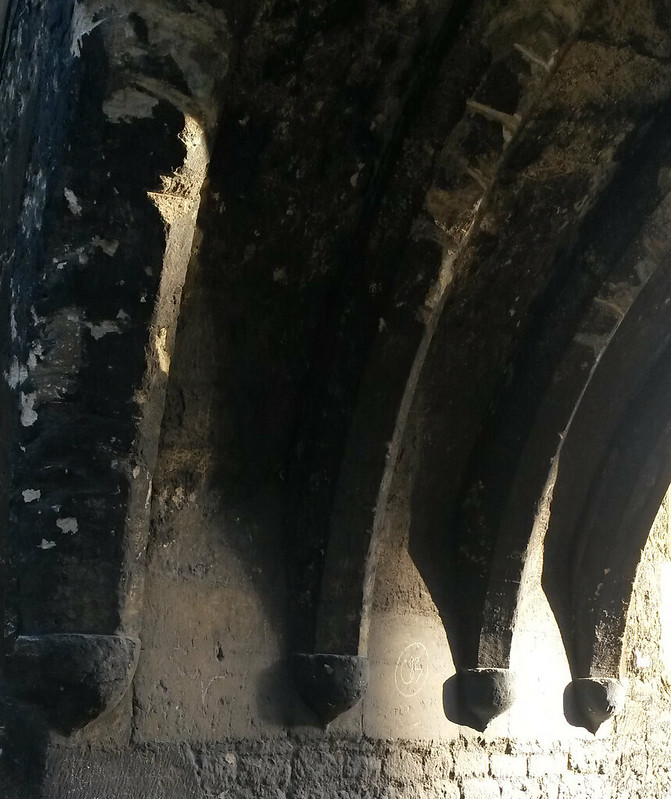 More of the good ol' "Ice Age Is Coming" drivel, but this time in Squarehead. Normally I expect them to be more sensible than us. This via Twitter via Eli via NoTruthZone; headlined there as Now It’s Global Cooling! German Weekly Warns Scientists See “Mini Ice Age Coming In Just A Few Years”. At least in the google translated version there's no clear source, though it does feature [Sami] Solanki, the Director of the Max Planck Institute for Solar System Research. I don't think he's a nutter. What they quote from him is fairly sane: the solar activity is so complex that no one is able to make a reliable forecast for the next 15 years. That's only "fairly" sane - see later - but is pure rationality compared to their headline, which is (a) mad and (b) unsupported by any of the text. Some of their text is OK; for example "The ice ages follow different cycles... Some researchers predict [the next ice age] for 2030 - that is untrustworthy"; but "The next ice age has already overdue" is drivel.

The core of their drivel is the very traditional

The time for a new cold spell is ripe. Of this some scientists are convinced. Our current interglacial, the Holocene, began 11,500 years ago. But it seems certain that interglacials last only about 10,000 years before the world for the next 100,000 years is sinking back into hibernation. As long as lasts the longest of the so-called Milankovitch cycles...

It is wrong for three reasons:

1. Interglacials don't just last 10,000 years,
2. even if you were to prognosticate the end on the current interglacial based on orbital (Milankovitch) forcing, you wouldn't predict an imminent end,
3. GW forcing outweighs it anyway.

So Solanki is only very slightly sane, because if all he said to them was "The next ice age is determined. It is not clear when" rather than "your text is total drivel" then he's rubbish. However, one does have to be somewhat cautious about words in the press; for example he isn't responsible for the Torygraph writing rubbish a decade ago.

* Carbon Dioxide: Our Salvation from a Future Ice Age?

Net Milankovitch forcing is tiny, yet it has hugely important consequences (because regional forcing is large). The solar forcing associated with so-called Grand Minima of the solar cycle is also (probably) quite small, but it seems to be significant, at least regionally.

We have had Milankovitch ice age type obliquity forcing for a few kyr now, but we haven't seen a new ice age. Why not?

HINT: Answer should start with "It's complicated..."

It wouldn't be the first time, that someone misrepresents Solanki's views.
From his pages at the MPG [1]
A misleading account of my views was published in the Toronto National Post in March, 2007 (and is to be found at different places on the web). In contrast to what is written there I am not a denier of global warming produced by an increase in the concentration of greenhouse gases. Already at present the overwhelming source of global warming is due to manmade greenhouse gases and their influence will continue to grow in the future as their concentration increases. The same newspaper already misquoted other scientists on this topic. See, for example, the home page of Nigel Weiss of Cambridge University http://www.damtp.cam.ac.uk/user/now/
[1] http://www2.mps.mpg.de/homes/solanki/science.html

They've latched onto a sensible thing (Milankovitch) but haven't bothered looking at the details. The cycles do not have constant amplitude so it's not valid to assume a regular periodicity to changes.

Even if we ignore CO2 forcing there won't be another glacial for about 50,000 years because of the current regime of low eccentricity. See e.g., Berger and Loutre (2002) for a good overview.

Re: Solanki, anyone who writes something like this is OK in my book.

[The photo on his homepage is good, too -W]

They're most likely referring to the recent paper* mulling over the possibility of a Maunder minimum-like solar cycle to 2030, and confusing that with Milankovitch cycles. Short article, deserving as much shrift.

Perhaps it was bad reporting of this paper
http://www.nature.com/nature/journal/v529/n7585/full/nature16494.html
or go via bbc to get to full paper
http://www.bbc.co.uk/news/science-environment-35307800

And one of their findings is that Earth probably missed the inception by only a narrow margin a few hundred years ago, just before the industrial revolution took hold.
"We are now in a period when our (northern) summer is furthest from the Sun," the Potsdam researcher explained.
"Under normal circumstances, the interglacial would be terminated, and a new ice age would start. So, in principle, we are in the perfect conditions from an astronomical point of view. If we had a CO2 concentration of 240 parts per million (200 years ago) then an ice age could start, but luckily we had a concentration that was higher, 280ppm."

That doesn't seem to rest on 10000 year interglacial cycles, doesn't predict an imminent end to current interglacial for 50000 years even without GW, and agrees GW is important.

So it is all sensible according to your criteria :o)

From your Carbon Dioxide: Our Salvation from a Future Ice Age? post
http://scienceblogs.com/stoat/2012/11/09/carbon-dioxide-our-salvation-f…
"I assume that he meant to say something like “we would be entering a new ice age were it not for the effects of anthropogenic CO2″. That is coherent, but wrong"

[Thanks for the link to me; I'd forgotten that. Sometimes it seems like everything that can be said has already been said. I updated wiki with the new paper; but from a brief skim took much what you took from it: it is much the same as Loutre and Berger, as it had to be really, in terms of when-is-the-next-ice-age -W]