Climate change and the Great Lakes 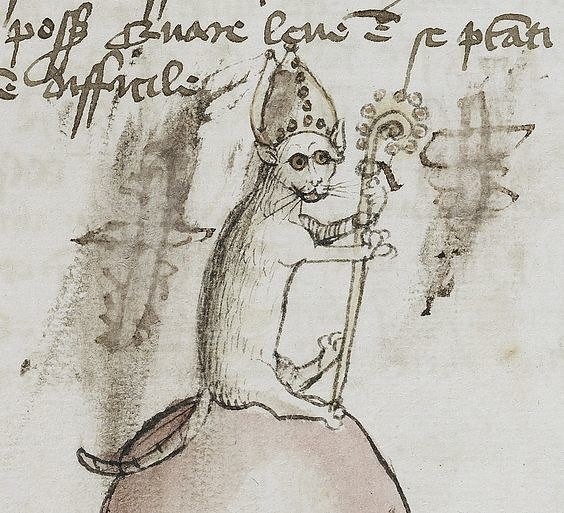 The latest vandalism from the Dork Side is censoring the concept of "climate change" from a Wisconsin governmental website (Snopes; see-also Sou and of course half your fb and Twitter feed). As Sou points out this minor vandalism seems to have over-excited certain sections of the denialist crowd, which is to be expected: they need a constant stream of news, and are on edge waiting for Trump to do something thrilling. This latest episode has no obvious connection to Trump, and indeed has no clear author. So you don't have to go elsewhere, a present-day snapshot is this and an older pre-vandalism version is that. It is kinda interesting that there is a just-pre-vandalism snapshot; methinks whoever was ordered to do it made sure that the damage would be visible.

The page is now so absurdly anodyne (As it has done throughout the centuries, the earth is going through a change. The reasons for this change at this particular time in the earth's long history are being debated and researched by academic entities outside the Wisconsin Department of Natural Resources...) that it might as well not exist. Naturally, the "dangerous" links from the page have also been purged. One internal link to the even-more dangerous dnr.wi.gov/climatechange/ has been disappeared entirely and is now a 404. But predictably enough the thing it was a springboard to - http://www.wicci.wisc.edu/ - still exists. So, the reach of the vandals is still narrow.

The damage has been done (perhaps deliberately, by those who had no choice but to do it) incompetently; although the phrase "climate change" has been scrubbed from the page - indeed, the word "climate" has been scrubbed - the page URL is still ".../climatechange.html", and the link to it from http://dnr.wi.gov/topic/GreatLakes/ is still under the text "Climate change and the Great Lakes".

But all this brings me back to what I said earlier: where will you get your information from about Global Warming? Probably not from a site about the Great Lakes. Indeed, hopefully not from such a place. It will - weakly - affect your perception (I'm trying to see it from the viewpoint of a hypothetical intelligent unbiased person looking around them and trying to work out what's what) of the general state of belief in the world around you. But only weakly; and anyone actually interested would inevitably find the obvious sources - IPCC or wiki - and have the truth available.

Wikipedia happens to be good on climate change as well as a great many other things. But to our hypothetical intelligent unbiased person, a traditional encyclopedia might be preferable as it is less likely to be taken over by a clique of POV pushers. Wiki is probably great for information that may be rapidly changing, but claiming Wikipedia is better than traditional encyclopedia for this sort of purpose seems dubious to me.

[I didn't actually claim it was better, just more obvious. But I think in this instance it probably is. Perhaps depending on exactly which traditional encyclopedia you mean, and how you might measure quality -W]

Trump;
"All climate change funding will be terminated unless NASA is willing to say their planet flattening climate change end of days is as real as they say the planet isn't flat."

So why won't NASA just say it and end this debate to save the planet from climate change, before it's to late to say it?

I can tell you what I did. although I am in a unique subset of the population. I already had an undergrad degree in biology.

I wanted and needed a not-too-technical overview of climate science to start, then I could go more in depth into things that I found interesting or I thought would be needed to move on to more advanced topics in the field.

I ordered a National Acadamy of Science booklet on the basics of climate science. I am also dating myself by admitting I needed to get a hard copy rather than just look it up on the internet.

Found this linked directly from the Google News front page, under Climate Change. Looks like you've hit the big time.

[I await an influx of informed commentators with bated breath -W]

It takes a claque of hacks to raise a clique of POV pushers..

But all this brings me back to what I said earlier: where will you get your information from about Global Warming?

I think that the issue is not so much where people will find, in the near future at least, information about climate change, but that at the highest levels in USA right wing government climate science revisionism and outright denial have now become not only acceptable but appear to be de rigueuer. For the non-USA folk here who might not know, North Carolina and Virginia for example not so long ago moved to delete sea level rise from attention.

The consequent danger of this apparently escalating censorship is that it sets the path for thinking (or lack thereof...) in the broader population. This has worked abundantly successfully for many conservative governments and private interests across the world: think migrants, Muslims, Brexit... Past denialist responses to this type of behaviour, and the way that media and a significantly-sized middle chunk of the uninformed lay opinion readily swallow such memes, suggest that were this type of purging to become more widespread it would become far more difficult to garner public acceptance or responsible government action on making the difficult changes required to mitigate human-caused warming of the planet. We're already in a backs-against-the-wall situation - we don't need the situation made worse because the lunatics are suddenly in charge of the asylum.

Ray Bradbury's Fahrenheit 451 was prescient with many things that were subseuqently realised, including the introduction of auto-teller manchines, earbuds, flat-screen TVs, and the public's ever-increasing appetite for faff and dross from the electronic media. The novel's book-burning anti-intellectualism too is very much reflected in the actual rise of science denialism, and with minor changes Fahrenheit 451 could easily have been written as a dystopia of climate change denialism. But don't lament the loss of that version of Fahrenheit 451 - we may yet have the opportunity to see it played out in real life.

Unless one is in the business of making billions of dollars per day from fossil fuel...