Life's a riot with JA vs JA 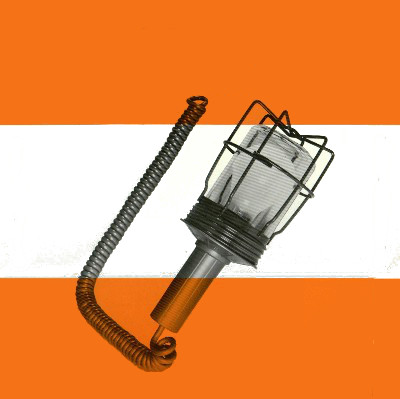 "I am the milkman of human kindness, I will leave an extra pint". But not today; try Dover beach if you want me being nice.

In this strange shadowy incestuous world of the blogosphere, it is hard sometimes to remember that there's an outside world, and even otherwise well-informed and intelligent people find the banter somewhat confusing.

In this case the offending item is a tweet of mine, and I keep forgetting that Twitter forwards my tweets to fb, where people not in the know may actually read them. And the offending words are:

This definitely wins tweet of the month, and quite possibly of-the-year. https://t.co/EAvQJqPLkI

The parties to this are James Annan (Il buono) and Judith A. Curry (il1 cattivo, then, I suppose she must be). Astute perusal of those links will show that I'm not entirely unbiased in this matter, but in counterpoint to that, I am right. The particular bit of banter ran:

* James: <thing that annoyed Curry> (oh yes; it was her puffing Murry Salby)
* Judith: FYI, my cv http://curry.eas.gatech.edu/files/currycv.pdf
* James: Thanks but we're not hiring right now.

Quite why Curry was dumb enough to think that argument-from-authority in the shape of her CV was going to win her any points will just have to remain one of those mysteries. Also, it looks to me as though her CV needs an update; it claims she is still a Prof, but I think she's Ex and even she says she's heading for Emeritus.

As an introduction-for-the-uninitiated to Curry, I find that I don't have much to add to the link above: She is suffering – uninterestingly – from having nowhere to go. Her scientific papers are of no interest but she is, by now, accustomed to a role in the “scientific debate”. With nothing to say on the “light side” she is inevitably left talking to the dark side. Somewhat like Richard Lindzen. Whereas James can run faster than me.

The immeadiate issue is the Red Team nonsense. There's something of interest there, because Trump-or-the-GOP are kinda keen to splash out and buy themselves some rentaclimatologists, and there are plenty for sale, but obviously they don't want the cheap tarnished ones they want some with at least a surface veneer, and there aren't many of those on the market. Is Curry on the market? She's now an ex-prof and still, achingly, not-really-famous. I think James has it close to right when he says now she's obviously been tapped up for membership of the “team”, it's finally dawned on her that she'd have to work with a bunch of crazies and losers who have no idea what the hell they are talking about. What hasn't dawned on her yet, is that that's where she belongs. The bit that's missing is something I find hard to put into words. Perhaps the idea of an auction, or biding one's time. Sell yourself too early, and you're just one of the forgettable cannon fodder. Wait too long and it's all over. Trump, despite all his pro-coal rhetoric and pulling-out-of-Paris hasn't showered boondoggles on the "skeptics" and they must be feeling disappointed. Probably the case is that Trump-et-al aren't really interested in having an scientific advisors on their executive team; there aren't really any spare places. After all, a scientific advisor is only going to use long words that Trump doesn't understand, and why would he want that? He already knows what he wants - he wants whatever is running through his head that moment, another bad feature of a science advisor is that they might have a memory and be impolitic enough to use it - so he doesn't need a scientific advisor he needs, well, a snake-oil saleman I suppose.

1. Or "lo cattiva", perhaps, as one of my somewhat more linguistically astute friends points out via fb.

Can you even do a "so called" Red Team sans ESM's (aka AOGCM's)?

If there is a "so called" Red Team list (or lists) I can't find it. It must be a big sekrit.

A question/joke in search of a punch line.

"They kind of get the B-list people involved, it's really not the best thinkers, it's a lot of people with an agenda, so it's not quite the group of people I want to work with," Curry said.
EPA asked Heartland for experts who question climate science
https://www.eenews.net/stories/1060061307

Curry misses the doubly deep irony in her own statement, that she would not ever be on any such team of any kind of "best thinkers" and that she does not have "an agenda" (e. g. queue up any of her own Congressional testimonials or blog articles).

[It is indeed ironic. As to what a "red" team might do, that's hard to say; I haven't seen any coherent ideas. My own suspicion is that they ar uneasily aware of this themselves; and so it's all mouth, they don't actually want to have to do it -W]

James: Thanks but we’re not hiring right now.

it’s finally dawned on her that she’d have to work with a bunch of crazies and losers who have no idea what the hell they are talking about. What hasn’t dawned on her yet, is that that’s where she belongs.

Curry's going to need a lot of Aloe Vera for those burns.

If there is to be a "Red Team" to minimize the risks, then there should also be a "White Team" to point out the other end of the distribution.

Red, White and Blue, how American.

What a red team might do was already done by BEST.

[Indeed; although that is also an example of pointlessness -W]

Scientists that attack science as a collegiate activity are sawing off the branch they are sitting on.

Now, the "sceptic scientists" find that out to their cost.

Once you let in the snake oil men in, they take over your brand.

UK hedge fund Winton Capital is setting up the first market to make predictions about climate change. Climate scientists will bet on the future state of the climate, and the market will pay out yearly to those who make the most accurate predictions. The aim is to find a consensus among experts about the future of the climate.

[Don't hold your breath; I don't think it is even open yet, and won't be public to start with -W]

quoting more from the above:

In an appearance on Real Time with Bill Maher, astrophysicist Neil deGrasse Tyson challenged former GM executive — and ardent climate denier — Bill Lutz to make a bet. "You take all the scientists who author these papers, get them to pool their money and invest in companies that would benefit from global warming," Tyson said. "And take all the people who are in denial of global warming, take all their money and invest in companies that would presume there is no global warming. And I would predict [the climate deniers] will all go broke in the next 50 years."

As the country's foremost science communicator knows, sometimes there is no point in waving around the same peer-reviewed studies. Sometimes you have to put your money where your mouth is. You have to turn empirical truths into cold, hard cash.

PS, here's the germ of that climate scientists investment fund. I wonder if anyone's got the chops to make it happen?

here's an illustration that I thought you might find use for:

[Maybe; I tend to prefer the discarding images ones -W]

Hm, I thought you'd jump on this bit:

> UK hedge fund Winton Capital .... will pay out yearly
> to those who make the most accurate predictions

Shouldn't there be a payout on a 30-year cycle, for climate?