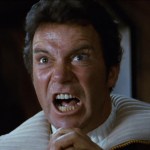 It's a strange world, after all: Orac vs. The Shat and fake news over...Autism Speaks?

oracknows | April 6, 2017
It's a strange world after all, and I'll show you why. Last night, as I deposited myself on my couch with my laptop sitting on my lap, there to churn out yet another installment of the insolence most of you love and a few of you love to hate read, I had a Dug the Dog moment. The squirrel in this case was Twitter. Normally, although I do have a Twitter feed, my enthusiasm for it very much waxes and wanes. Although I do regularly post stuff, I can sometimes go days without contributing an original Tweet, leaving my feed fallow, with only automatic Tweets based on RSS feeds of my blogs as the… 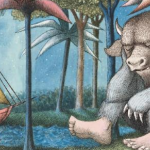 Where the Wild Things Are read by a guy named "Bill"

gregladen | June 5, 2013
William Shatner reads Where the Wild Things Are to some kids. Get More:MTV Shows

grrlscientist | May 28, 2010
tags: I am Canadian, humor, funny, comedy, silly, offbeat, William Shatner, streaming video I found this video just in time for Silly Saturday! This video features William Shatner talking about himself.

Total Eclipse of the Heart

grrlscientist | May 7, 2010
tags: Total Eclipse of the Heart, humor, funny, satire, fucking hilarious, William Shatner, Lin Yu Chun, streaming video Just in time for silly Saturday: this is for all you Star Trek and Whitney Houston fans: William Shatner and Lin Yu Chun perform a hilarious rendition of "Total Eclipse of the Heart" on the television show, Lopez Tonight.

It Hasn't Happened Yet

grrlscientist | December 10, 2009
tags: It Hasn't Happened Yet, entertainment, comedy, satire, funny, fucking hilarious, Christmas music, William Shatner, streaming video I was hanging around on my little internet radio station last night, playing some music (of course), because none of my possessions have arrived in Germany yet -- including all of my music. This "Christmas song" is one that never fails to make me laugh, so I had to share it with you this morning. Isn't that a great band that Shatner has? And the soloist, Fleming McWilliams, who backed him up is amazing .. and that note that she hit at the end .. wow!

grrlscientist | September 23, 2008
tags: William Shatner, Shatner-Hasselhoff, humor, funny, streaming video A truly evil scientist from across The Pond has launched a satirical attack in response to the Shatner Satire Wars. As a gawd-feering amerikan, I could not let that pass without bombing him into yesterday with a retaliatory counter-offensive satirical attack. To view Part 2 of this ongoing war against satire, peek below the fold [0:48]

grrlscientist | September 23, 2008
tags: William Shatner, Rocket Man, humor, funny, streaming video This is a hilarious video William Shatner doing what he does best: overacting to the point of silliness [5:00]
Advertisment