Women climbers are amazing too

It occurred to me after I posted my piece last week about rock climbing and arthritis that all of the photos of climbing were of men. This was purely coincidence - I was editing photos of last week's competition in reverse chronological order, and I'd only finished the photos of the Men's finals by the time I was done with the post.

But I think it's important to note how amazing the women were as well (and it gives me an excuse to post more of my photography). In fact, this year, I thought that the women's bouldering problems were more interesting, and better demonstrated the skill and power of these climbers. 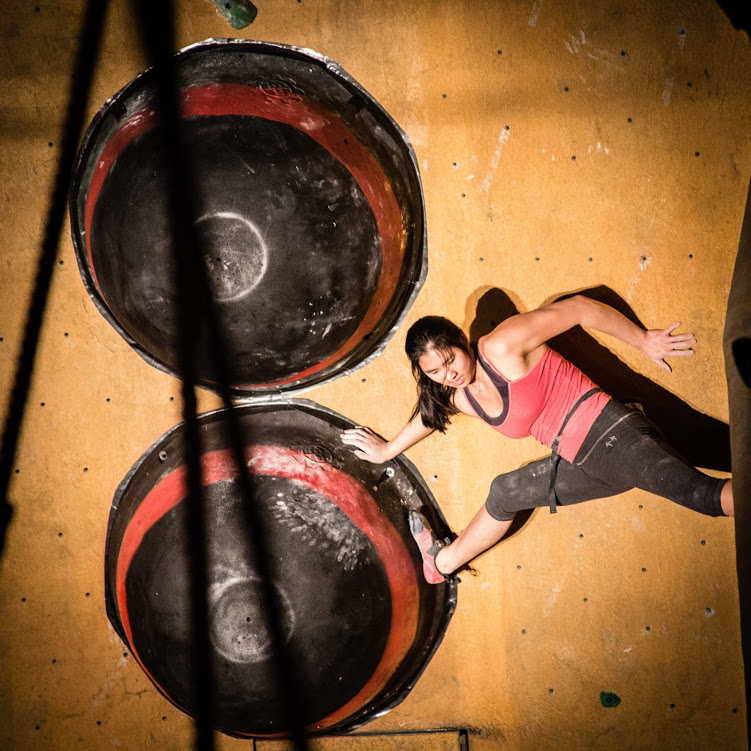 Molly Gaynor on the first of the Women's finals routes

From the position you see here, the finalists had to scale to the top of that massive round thing with essentially nothing to hold on to. What you can't tell is that she's at least 15 feet off the ground.

Route 2 of the women's finals required a dyno (that's a move where all four points of contact leave the wall) for the first move.

From there, you actually have to traverse lower before dragging yourself up via some creative leg work... 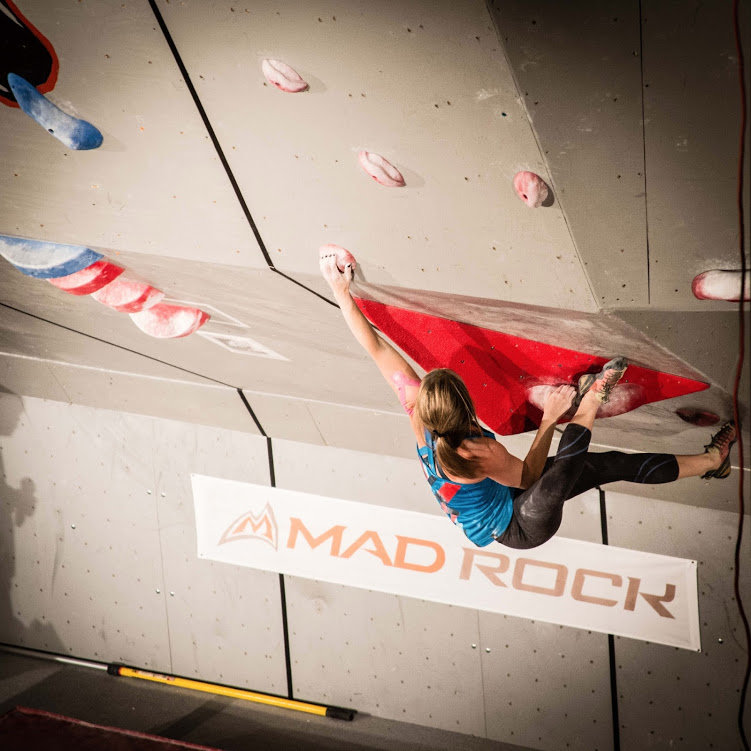 ... to finally reach the top by climbing the rear-sloped roof on tiny holds with ledges no more than a 1/2 inch wide.

On route 3, the climbers had to navigate out from underneath the low roof, hanging upside down holding crappy bars... 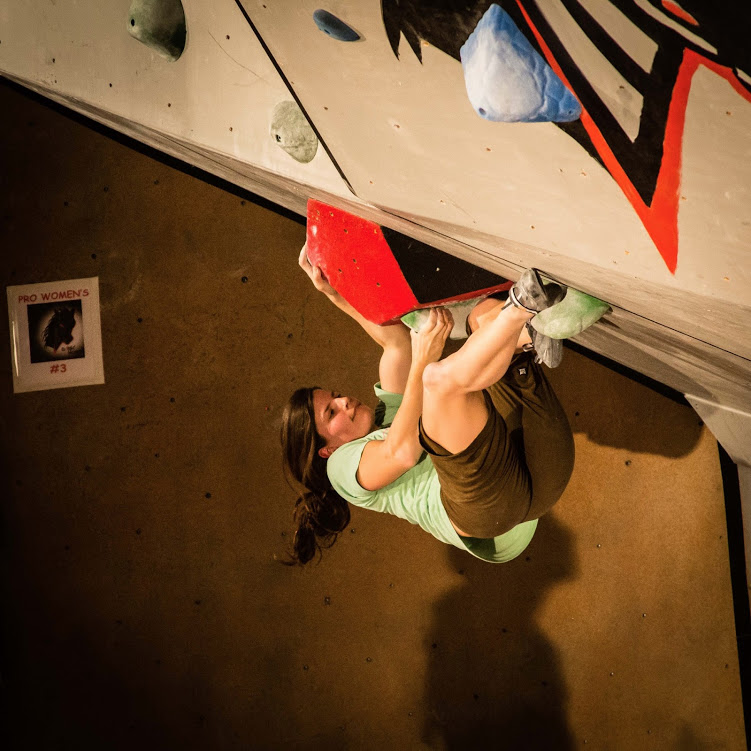 ... to get out onto the main wall, where all you have to hold onto are, well, imagine doing pull-ups while palming a basketball.

Route 4, the last of the competition, was so crazy I'm just going to let pictures tell the story.

Chelsea Rude gets us started

Adriana Jacobsen does the upside-down ladder. Yes, that is the best way to do it 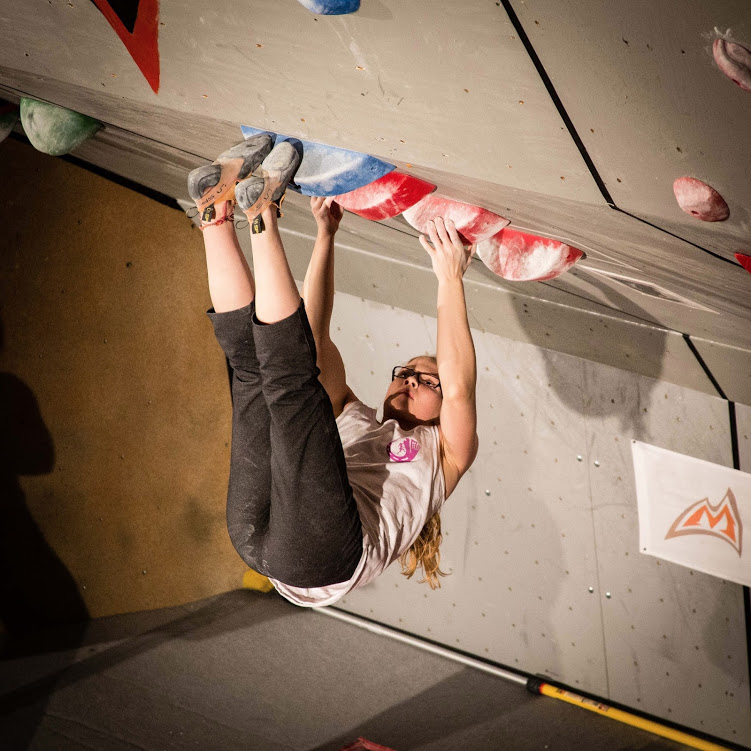 Annalisa Flynn gets out from under the roof

Chelsea Rude again, this time with the heel-hook

And Megan Martin gets the other

Unfortunately, none of the women were able to finish this problem. I will say that they left these routes up for the public to try after the competition, and I was able to get about as far that first picture in this series - I grabbed the first hold, got my feet off the ground and promptly fell. I think that once I got my foot to touch the next hold, but that's about it. I'm a fairly fit guy and I climb several times a week, but I couldn't hold a candle to these phenomenal athletes.

To see these gals (and the guys as well) in action, check out the official video (the finals climbing starts around the 3 minute mark.

In any physical activity, there is always the risk of acute injury - cuts, scrapes, bruises, and even broken bones are often par for the course. For some extreme sports like rock climbing, where you voluntarily drag your body hundreds of feet into the air on the side of a sheer rock wall, athletes…

Well that explains why cats are so picky...

This reconstruction, produced by researchers from the European Molecular Biology Laboratory in Heidelberg, Germany using a technique called digital scanned laser light sheet fluorescence microscopy, shows the movements of all 16,000 cells in an 18-hour-old zebrafish embryo. To make the film, the…

AMAZING - the balance, strength, agility and physical genius of these people is astonishing. I definitely want to be there in person next year.