We recently witnessed the disagreement over the official memorial for the 11 Israeli athletes killed at the Munich Olympics 40 years ago. Fewer remember the terrorist attack in the Lod airport a few months earlier – in May – in which 24 people lost their lives. One of those was the head of the Weizmann Institute’s Polymer’s Department, Prof. Aharon Katzir. (Somewhat ironically, in light of the later attack, Katzir had just returned from Germany, where he had co-organized a conference with Nobel laureate Manfred Eigen.) 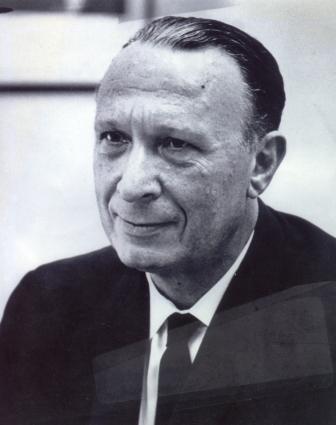 Aharon Katzir and his brother, Ephraim, who would later serve as president of the State of Israel, belong to the almost mythical period of the establishment of the state. They were deeply involved in the often fierce politics that would shape the new country; they were attaining advanced degrees in science; they were founding the new army’s science corps. After the war, both brothers joined the nascent Weizmann Institute, establishing new research departments at a young age. They would soon become recognized leaders in their fields, leading the Institute down a path to the forefront of global science.

In gathering material for a short video on Aharon to commemorate the 40th anniversary of his death, we had the opportunity to view some rare footage, including a series of lectures he gave in Berkeley in the 1960s. The films are faded and jumpy; the audio scratchy and almost impossible to make out. And yet, the talks, themselves, are spellbinding. Across 40 years, those lectures still shine; they are dynamic, lucid and thought-provoking. In discussing scientific and cultural approaches to time, Katzir manages to seamlessly integrate hard science, anthropology and pure philosophy.

Among other things, Katzir was a big believer in making science accessible to everyone: He had a popular weekly radio show called “World of Science.” In one of the last film segments, we see him explaining to Israeli television viewers the ecological consequences of the world’s population growth and why we need to change our thinking. Except for the grainy black-and-white look, that footage could have been filmed four days ago instead of more than 40 years ago.

Katzir was 59 when he died – still at the height of his career. In reading over the piece that is now online, this science writer found herself mourning a man she would never have a chance to meet – for the amazing things he accomplished in his lifetime, for the things he would never have the chance to accomplish, and for the apparently brilliant, charismatic personality whose shadow is preserved on that fading film.