Hikaru Nakamura has won the U. S. Chess Championship by a full point. It was a dominating performance, capped off with a stunning win with black, in the penultimate round, against the other pre-tournament favorite Gata Kamsky. This is Nakamura's third title. So, congratulations to him.

Today's tactical exercise comes from the tenth round game between Kamsky, playing white, and the struggling Yasser Seirawan. It's white to move: 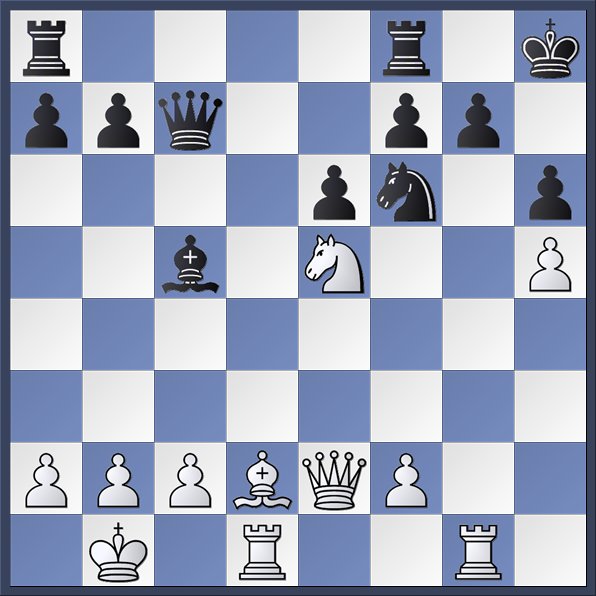 The position looks a bit dicey for black, with white's rook eying his king down the half-open g-file. White's pieces seem well-placed for a king-side attack. His next move opens up a big can of whoop-ass.

White played 1. Bxh6!, and suddenly black is all kinds of screwed. The sacrifice must be accepted, since after something like 1. ... Rg8, white would simply play moves like Bf4 and h6, after which his attack will quickly crash through on the g and h files. So black played 1. ... gxh6, but this loses to the follow-up sacrifice 2. Rd7! 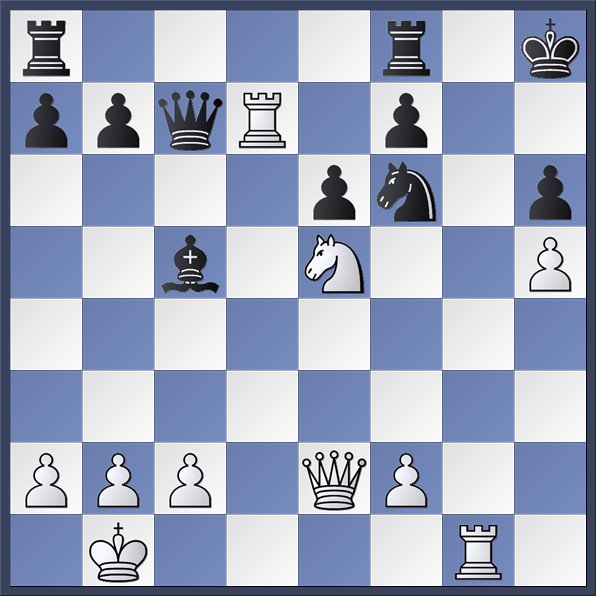 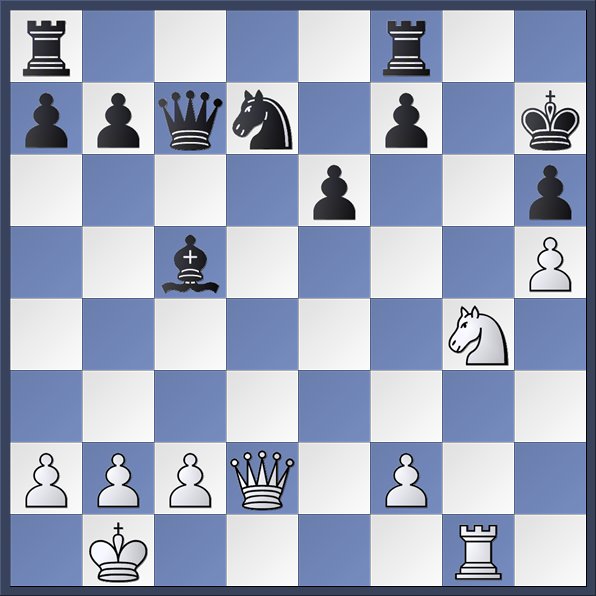 and black is just helpless against the threat of Qxh6+. With white's pieces marauding around his position, black won't last long by moving his queen. So he played his only other option with 2. ... Qxd7 3. Nxd7 Nxd7. At first blush this may not look catastrophic, since black has a lot of material in exchange for the queen he just lost. But white is not yet finished. He now plays 4. Qd2! 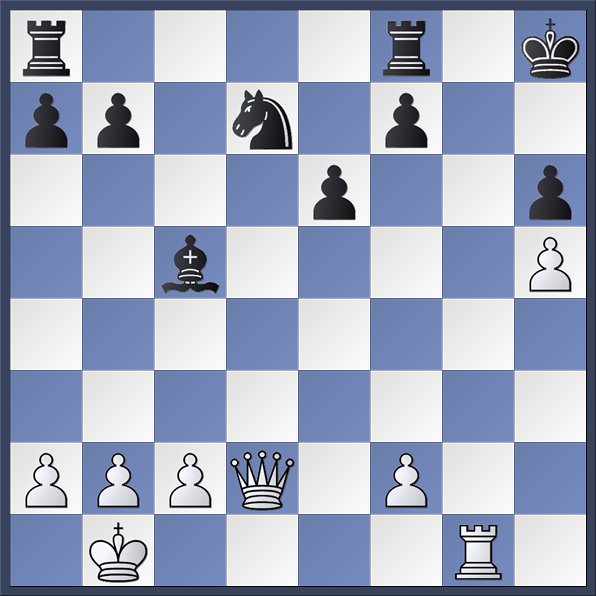 The dual threats of giving mate on h6 and taking the hanging knight on d7 ensure that white will pick up another piece. Black resigned a few moves later. An impressive game for Kamsky, and sadly typical of how the tournament went for Seirawan.