Siege of Stars by Henry Gee 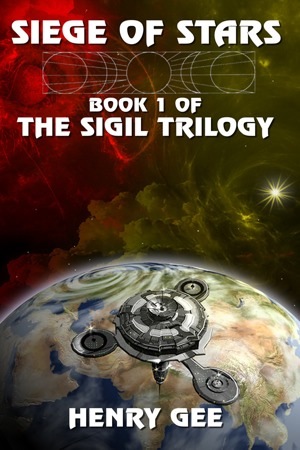 Henry Gee, the Nature editor, has a novel in three parts ... Siege of Stars: Book One of The Sigil Trilogy

... that I found hit home very closely like maybe Henry was me reincarnated and then transported back through time so his, er, our timeline would cross. This is not surprising since Henry and I have had overlapping interests in science for several decades, so his novel references a sense of understanding of the landscape, the kind of thing a geologist or archaeologist achieves either over time or because of an innate capacity. One of his characters is such an archaeologist. Another overlap is our experience observing academic culture. We tend to breed within (“we” meaning academics, not Henry and me specifically), and sometimes we form teams where thinking, understanding, and explaining are done as a compound organism. Also, and this may be too much of an inside reference, Book 1 at least is pretty much Cenozoic, which is cool.

Siege of Stars: Book One of The Sigil Trilogy

is Book 1 of the Sigil Trilogy. It is a story about how the universe, and Earth, got to the present state, which turns out to be a rather dramatic historical set of events involving improbable beings doing large scale things in large scale, and Scotch. Siege is compelling, grandiose, and breathtaking in its spacetime and its characters are intriguing, personal, and complex. It has a classic parallel story structure which enhances the book’s page turning quotient. This book of Henry’s is going to be high on the charts. Oh, and there is a hint of Kilgore Trout. Not enough that you’d notice it and entirely confined to the plot.

I recommend you read it as soon as it is available. You might be able to get an advanced copy here.

, In Search of Deep Time: Beyond the Fossil Record to a New History of Life

, and editor of Nature’s Futures column, which is anthologized here

I think the word "free" appears on this page only once; in your comment!