Does Secular Humanism Have A Political Agenda? 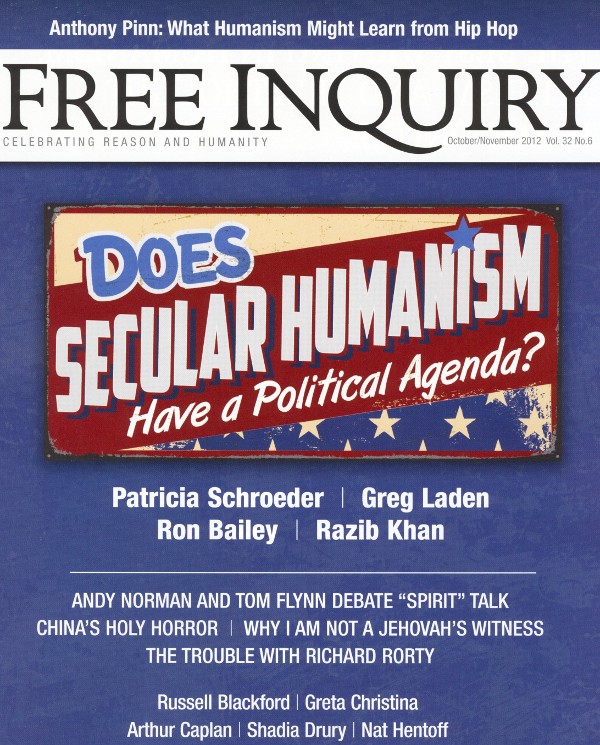 My position on the matter is simple: Yes, it does. There are probably versions of this universe in which secularism is not very political in nature and a movement based on secularism need not develop or require a political agenda, but that is not the universe we live in. At the time of the conference, the right wing’s War on Women (to use a catchphrase) was well underway and ramping up. I recall that Rush Limbaugh’s attack on Sandra Fluke was one of the two big news stories while the conference was going on (the other being a series of killer storms hitting the eastern and southeastern states). Rick Santorum was still a factor in the Republican Primaries. All the usual attacks on women's reproductive health and choice were underway.

Does secular humanism have a political agenda? Yes, of course, and it involves large Venn diagrams as shown here.

It had long been clear that anti-secular and pro-religious politics had gripped the Republican Party and the Right Wing, and that a Christian Fundamentalist agenda defined a very large portion of politics in America and to a lesser (or sometimes greater) extent elsewhere. Secularism is political and has to be political or it does not exist. Beyond this, I argued, as Tom Flynn underscores in his introductory essay to our articles, that as a community, secularism is generally politically left of center, or at least, not very non-left. Tom presents data from a survey suggesting that about 75% of readers of Free Inquiry are socialist, liberal progressive, or moderate, with only a few centrists, libertarians, and conservatives. Given that Ron represented the libertarian perspective, Razib the conservative perspective, and Pat and me the liberal and far left, it may have been inappropriate to give us all equal time. Ron and Razib should have shared three or four minutes and Pat and I taken the rest! (I jest, of course; Ron and Razib’s presentations were interesting, important, and well done.)

This is all great stuff, and you should seriously consider reading these articles and more, by subscribing to Free Inquiry!

Abstract concepts can't hold any kind of agenda. Period. I don't even know how you'd interrogate secular humanism to find out if it wanted anything more than a dictionary entry.

Secular humanists might have a political agenda, though by the nature of their outlook on life, it's hard to see how that might be anything more forceful than "il faut cultiver nôtre jardin".

People who call themselves secular humanists for political reasons (or even worse, for euphony), almost certainly do have a political agenda. This tells us quite a lot about people's ability to spin stories about themselves, but not much about anything else.

I consider myself secular when I'm not listening to Bach, and humanist when I'm not helping out small cute mammals, but I see nothing common between my philosophy (political or otherwise) and yours. if someone held a gun to my head, I'd probably describe yours as as "rampant tribalism" - in which of course, the nature of one's beliefs matter only in so far as the define one as a member of the tribe.

Ian, is any of this based on a reading of the original source material?

Well, I for one am glad Ian Kemmish is around to make these important clarifications.

I mean, if he hadn't just pointed it out, here I'd be, going about the rest of my life thinking a conceptual phenomenon had ends of its own separate from the aggregate ambitions and agenda of its constituent people.