In Search of the Elusive Pittas: The Jewel Hunter

by Chris Goodie is the story, generally chronological, of one man's quest to observe, in nature, every known species of a rare and typically elusive bird: the Pittas. Oh, and all in one year. For a birder, this is the rough equivalent of buying some impossible to pay for sports car as a symptom of midlife crisis. It required being bitten by leeches and scared by snakes. 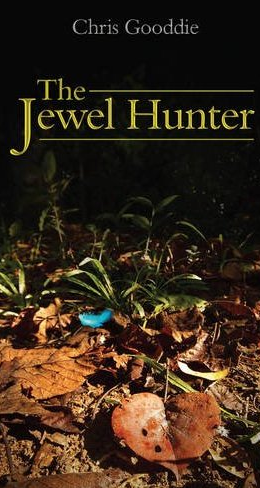 The Pittidae is a family of songbirds distributed in the Old World, mainly in Asia and Australia, but with a few species in Africa.

They tend to live in rain forests or at least, denser woodlands and scrub country or swamps or places like that. These are the habitats of legends because so many humans see them as "impenetrable" (having lived in one such habitat for some time I can tell you that they only seem that way!). Nonetheless, there is a rule about animals in rain forests. It is very easy to find them. As long as before you set out to do so, you know exactly where they are in advance, and how to get there. This is the sort of thing that makes Gooddie's adventure book a bit of a nail biter.

This book is funny, entertaining, engaging, and if you are a true bird watcher or now, you'll enjoy it. 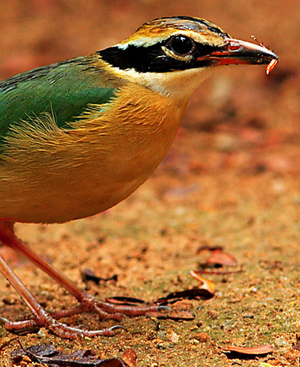 I've often recommended that the true birder read well done and authoritative studies or compendia treating bird families (or some other taxonomic group). I would count The Jewel Hunter

as an example of that even thought it is written as an entertaining adventure story (that could be made into a movie). By the time you're done with it you'll know all about this family of birds and a lot of other stuff. There are plenty of maps, color photographs, data, and so on.

Donna reviews it here as well.