In 2008, I was visiting the Nobel Conference held annually at Gustavus Adolphus college in Minnestoa. The conference was on Human Evolution. The college provided space in a large room for people to have their lunch, and while I was having lunch on the first day, I noticed a table off to the side staffed by a serious looking man with a clipboard. The front of his table was adorned with a large “Science Debate 08” banner. Seemed interesting. So I wandered over and had a chat.

It turns out the man was Shawn Otto, one of the co-founders of Science Debate. Shawn, a Minnesota resident, is the author of Fool Me Twice: Fighting the assault on science in America (and more recently this award winning novel). I’ve been closely following ScienceDebate ever since. (Though I certainly heard about ScienceDebate 08 earlier than that since it first launched on Scienceblogs.com ... that long afternoon conversation with Shawn really drew me in.)

Science Debate was, and still is, a project intent on making the debate over science policy issues a normal part of the American presidential election process. We typically see candidates debate a few times during the election cycle, first within parties then after nominations are made between the major candidates. The debates are often divided up among a set of topics such as “The Economy” or “Foreign Policy.” Sometimes the topics pertain to an entire debate, other times, a single debate is parceled out into a few different topics. Given the importance of science to so much policy, it seems to be a good idea to have a debate, or part of one or more debates, on science and science policy.’

This does not mean a debate about the science. It means a debate about the relationship between science and policy. A good question about science might be, “What do you think is the best estimate of climate sensitivity, the global surface temperature increase produced by a doubling of atmospheric CO2 from pre-industrial levels, given what we know about the Earth’s climate system?” But that would be a bad question for politicians running for US President. A good question about science policy might be “Most climate scientists are concerned that if we see a global surface warming of about 2.0 degrees Celsius by mid century, there would be severe negative consequences. What are the first policies you would try to implement and support to keep us under this 2.0 degree target?”

Many candidates, especially Republicans this year, like to note that they are not scientists, and therefore can’t really talk about science. But members of the Congress and the President pass or enforce laws that address science related issues. Saying “I am not a scientist” is similar to saying “I am not an economist” or “I am not a doctor” or “I am not a political science professor” in order to avoid questions about the economy, health care, or foreign policy. It doesn’t wash, and seems to not have been an effective way of dodging scientific issues.

ScienceDebate, the organization, has made a statement and asked people to sign on to it. The statement reads:

“Given the many urgent scientific and technological challenges facing America and the rest of the world, the increasing need for accurate scientific information in political decision making, and the vital role scientific innovation plays in spurring economic growth and competitiveness, we call for public debates in which the U.S. presidential and congressional candidates share their views on the issues of science and technology policy, health and medicine, and the environment.” 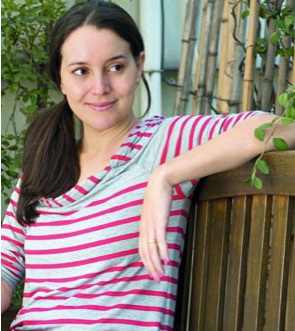 One of the key organizers of ScienceDebate is energy policy expert and writer Sheril Kirshenbaum. Regular readers of this blog will know of Sheril from my review of her book on the history of kissing. I recently contacted Sheril and asked her a few questions about ScienceDebate. Here is the interview.

Question: Election season is underway already. What are the goals for ScienceDebate.org for this US presidential election cycle?

Answer: Our first priority right now is raising awareness of ScienceDebate, especially beyond the science community. ScienceDebate is an initiative working to get Presidential candidates on record about what their policies would be on a variety of science topics like human health, climate change, food security and more. These issues affect everyone, no matter what party we’re affiliated with. And they are not “science” challenges, they are humanity’s challenges.

Question: What have you learned from the previous iterations of ScienceDebate’s efforts that will change what you do this time around?

Answer: During the past two presidential elections, all three major candidates (President Obama, Senator McCain, and GOP-candidate Romney) responded in writing to 14 questions cultivated and reviewed by our team on science and technology policy. Results were widely distributed in print and online prior to the elections through media partnerships with popular magazines and journals. President Obama formed a science policy team to help him respond, which helped him arrive in office with a clear idea of how science fit into his overall strategic objectives.

Now we are scaling up our efforts. We are working on a PSA campaign, bringing new media experts and community leaders into the initiative, and focused on the long-term sustainability of ScienceDebate.

"I'm not satisfied when the Soviet Union is turning out twice as many scientists and engineers as we are."

Question: Do you see changes in the public’s view of science policy over the last few years that give you hope? That give you concern?

Answer: Definitely. For example, back in 2008, Just six of nearly 3000 questions posed to then Senator Obama and Senator McCain by prime time interviewers even mentioned “climate change” or “global warming.”

In 2015, candidates are already talking about climate change regularly in their campaigns. Hillary Clinton is the first major candidate to make climate and energy policies central in her campaign. So we already know science will play a larger role in the election for 2016 than in previous years.

We’ve also seen science percolate out into mainstream culture in a big way over the past eight years. Television shows like The Big Bang Theory and Breaking Bad feature science as major themes. Cosmos came back with with Neil deGrasse Tyson. Bill Nye makes headlines regularly. There is a greater cultural appreciation of science than before.

Question: Science is, or should be, behind good science policy. Currently, what major areas of science do you see as central to a science debate for 2016?

Answer: With more severe droughts, storms, and floods, climate change is critical to address - as well as many related topics like food security, water availability and energy. Innovation and the economy are inherently related to science and technology so those are important too. Global leadership, research funding, biosecurity, pandemics, mental health, space exploration, ocean health, cybersecurity - there are a lot of areas to discuss and most aren’t mutually exclusive. We invite everyone to submit their topic ideas at our website for consideration.

*Question: The US effectively has a two party system. Is it fair to say that one of the parties has actually taken on anti-science as central to its dogma and approach? How does this impact on efforts to develop a science debate?

Having said that, is it true that anti-science attitudes exist across the political spectrum, and if so, how are the various issues structured across the parties? In other words, are there science policy issues that Democrats are bad at and different issues that Republicans are bad at? What are they?

Answer: To be clear, ScienceDebate does not weigh in on how candidates respond to questions on science policy - we leave that for other groups and media outlets. Our primary goal is to get all candidates on record on a variety of science topics before Election Day so we can be more informed as voters when we go to the polls.

Question: What can an interested person do for Sciencedebate? How can individuals get involved?

Answer: Visit our website, www.sciencedebate.org and add your name to show your support that science matters and should be discussed along the campaign trail. Help us share the message with your social networks and encourage friends to sign on as well. By increasing our numbers - now well over 42K including Congresspeople, Nobel laureates, over 100 university presidents, and many organizations - we are making the case that science cannot be treated as a special interest in politics, and should be a central part of the decision making process. Readers interested to get more involved in their communities can also contact me at sheril [at] sciencedebate.org.

When I try the link to sciencedebate dot org I'm taken to a blank Scienceblogs page with "Page not found" and "Hmm, we couldn’t find the page you’re looking for. Care to try a search?"
appearing.

Here is the link, Dean: Science Debate, I signed on about 8 years ago, too.

Sheril and Greg are going to be my guests on Atheists Talk on June 14, regarding this very subject.

“Most climate scientists are concerned that if we see a global surface warming of about 2.0 degrees Celsius by mid century, there would be severe negative consequences."

By all means, Greg, let's make sure to "teach the controversy" with our questions.

Just imagine what would happen if a candidate applied this kind of waffling to questions of the holy and sacred National Security:
"Do you think we should make war on [X], and if so, how?"
"I'm not a military strategist, so I'm not going to get into that issue."
End of campaign.

OK, link fixed. Zebra, not sure what your point is.

Scientists are getting push back from Republicans because scientists have chosen to support the other side. They have become the enemy. It would be one thing if scientists worked with local and state governments as a rule to implement practical solutions to problems that don't impinge on personal liberty, but this is not the case.

Any before anybody tries to refute my point, I note that there are 45 posts under the tag of "teabagging morons". Charming.

Alex points out something there, which others have famously noted: "Reality has a well-known liberal bias."

“teach the controversy” is an untelligent cretinist phrase. It is advocacy to fill the finite educational time of school children with cretinist bunk.