Shiver me timbers! Bush is the marine president 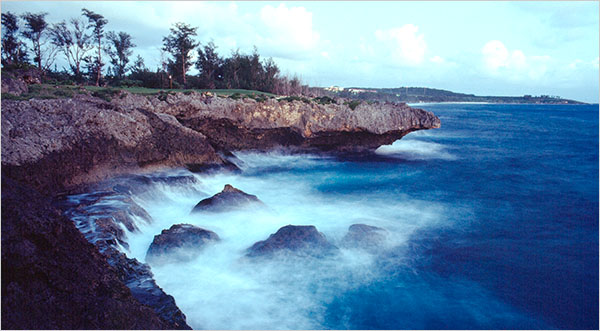 And the fog's liftin'
And the sand's shiftin'
I'm driftin' on out
Ol' Captain Ahab
He ain't got nothin' on me
;;;; Tom Waits, Shiver Me Timbers

It's not that we didn't see this coming. Marine protection area advocates have been hoping the rumors were true, and they are. George W. Bush has put almost 200,000 square miles off limits to serious resource extraction. Is this a good thing? Of course. Does it make up for eight years of raping and pillaging the rest of the planet? No. Even the protection of dozens of coral reefs in the Pacific may turn out to be a pointless exercise in legacy building thanks, in part, to Bush's refusal to get with the climate change program.

Just last week Science published yet more evidence that coral reefs are in trouble thanks changes in ocean pH levels. The authors, from the Australian Institute of Marine Science, write that their study of coral in the Great Barrier Reef suggest things are getting worse, and fast:

Their skeletal records show that throughout the GBR, calcification has declined by 14.2% since 1990, predominantly because extension (linear growth) has declined by 13.3%. The data suggest that such a severe and sudden decline in calcification is unprecedented in at least the past 400 years. Calcification increases linearly with increasing large-scale sea surface temperature but responds nonlinearly to annual temperature anomalies. The causes of the decline remain unknown; however, this study suggests that increasing temperature stress and a declining saturation state of seawater aragonite may be diminishing the ability of GBR corals to deposit calcium carbonate.

The researchers blamed a combination of global warming, ocean acidity level and decreasing carbonate content in seawater for the decline, unprecedented over the past 400 years.

"Verification of the causes of this decline should be made a high priority," the researchers said.

So let's celebrate Bush's declaration. Along with the MPA he set aside a while back near Hawai'i, he's done more to preserve fragile marine ecosystems than anyone else. But by failing to accept the reality of climate change, and the consequent acidification of the oceans, for so long, he will more likely be remembered as the president who missed the boat.

Late last year, the Global Coral Reef Monitoring Network and the International Coral Reef Initiative released a review of what we know about changes in coral ecosystems. Written by 370 contributors in 96 countries, the Status of Coral Reefs of the World: 2008 comes to some grim conclusions:

"Unless the world gets serious about reducing greenhouse gas emissions in the next few years, it is likely there will be massive bleaching and deaths of corals around the world," notes the report's lead editor and global coral authority Clive Wilkinson, who coordinates the Global Coral Monitoring Network in Australia.

I'll wrap up with the last paragraph from the Science paper:

Additionally, if temperature and carbonate saturation are responsible for the observed changes, then similar changes are likely to be detected in the growth records from other regions and from other calcifying organisms. These organisms are central to the formation and function of ecosystems and food webs, and precipitous changes in the biodiversity and productivity of the world's oceans may be imminent.

Worrying slowdown of coral growth in the Great Barrier Reef

It's not a good time for corals. Last year, a third of coral species went straight into the endangered lists after being assessed for the first time, and it looks like 2009 isn't going to bring any reprieves to the doom and gloom. In particular, a new study provides hard evidence that the mightiest…

Will climate change have negative effects on deep-sea corals?

a special guest post by John Guinotte, Marine Conservation Biology Institute The answer is uncertain as very few manipulative experiments have been conducted to test how deep-sea corals react to changes in temperature, seawater chemistry (pH), water motion (currents), and food availability. It is…

**A post about Climate Change as a part of Blog Action Day 2009**When people talk about climate change, they, more often than not, talk about global warming. Yes, the effects of increased temperature will be diverse and generally bad for most creatures on Earth, including us. But the most dramatic…

Over the last couple of decades, a great deal of research has been done on the effect of global warming on coral reefs. The vast majority of that research has focused on the currently observed and potential future effects of climate change on reef-building corals. Coral, however, are not the only…

Choosing to embark on another fool's errand and to relentlessly "stay the course" until a colossal ecological wreckage is precipitated.

If it turns out to be true and real that the global economic and ecologic challenges presented to the human family in our time are primarily the result of the gigantic scale and fully expected unbridled growth of worldwide consumption, production and propagation activities by the human species, then it is plainly untrue to suggest that human beings can make no difference now with their efforts to ameliorate these human-induced and -driven conditions.

Unfortunately, we have 'experts' among us who have widely reported, of all things, that what is required of the human community now is "to have the courage to do nothing" in the face of the daunting challenges. This is purely music to the ears of the economic powerbrokers, their bought-and-paid-for politicians and the absurdly enriched 'talking heads' in the mainstream media who are intent on doing nothing more or less than protecting their wealth, power and privileges. Nothing else matters to them.

The family of humanity will soon enough stand up and speak out loudly and clearly to those who maintain the status quo because the very future of our children and life as we know it is in eminent danger, even in these early years of Century XXI.

Any problem or condition the human family can cause to exist is a situation over which human beings have at least a modicum of control.

For example, what is to keep people from consuming fewer resources.....and sharing them with those less fortunate? What keeps large-scale producers of stuff from "right-sizing" their organizations.... and making them sustainable? What prevents a human being from making a decision about bringing offspring into the world? These are distinctly human choices. Ours and ours alone to make, I suppose.

It is supremely ironic but the horrendous leadership provided by the self-proclaimed Masters of the Universe in my "Not So GREAT GREED GRAB Generation" may have inadvertently pushed the real issues of our time to the front of the world's stage. Were it not for the colossal mistakes of such woefully inadequate and remarkably selfish leaders, the dire circumstances of the current situation presented to the human family by the explosive growth of global human overgrowth activities would not be so easily seen or understood by all of us.

I saw GWB on TV the other night, telling Obama "we want you to succeed". It's worth realising that prety much anything that man says is a direct lie - just reverse the meaning to know what he is really after.

I don't know how this act is meant to screw over the Obama presidency, but count on it - it is.

Either that, or he plans for his family to get even richer off it, somehow.

Truth was his doormat.