Random artsy shot of the moment: 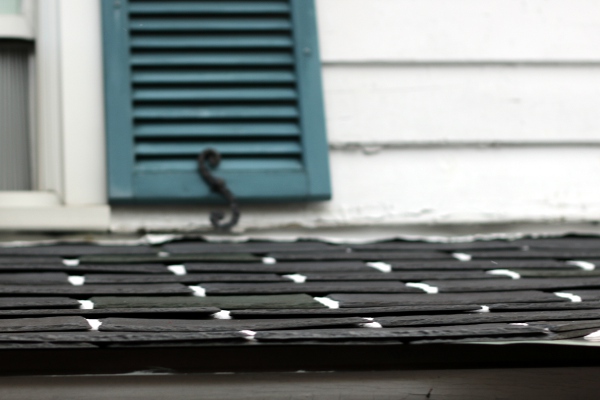 Tiny lines of snow between the "slates" on our roof.

The wild see-sawing of the temperature has continued this week, so we got a little bit of snow, then it all melted, then more snow, then more melting, etc. This is from a couple of days ago, when it was cold, and I liked the way the light dusting of snow we'd gotten had blown into just the gaps between "slates" on the roof over the front window.

"Slates" gets scare quotes because those aren't really rock, but rubber facsimiles. They're made out of old tires, I think, and we have them on the lower roof levels in the front because snow sliding off the top of the house was cracking the real slate roof that had been there. They seem to work pretty well; at least, we haven't had leak problems there since the replacement.