I didn't take the DSLR to March Meeting with me, but I did throw a point-and-shoot in my bag. A few of these are still just cell-phone snapshots, because I didn't have the bag with me all the time.

When I checked into the hotel, they told me I had a "stadium view" room on the sixth floor. I was in a hurry to get to a social event, so I didn't really look that night, but they were right: 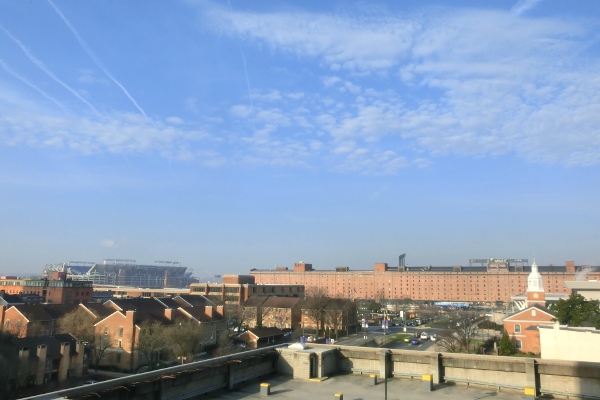 Football and baseball stadiums in downtown Baltimore, from my hotel room.

The primary purpose of the trip was, of course, to attend the March Meeting, and that meant going to lots of talks. Along with a lot of other people: 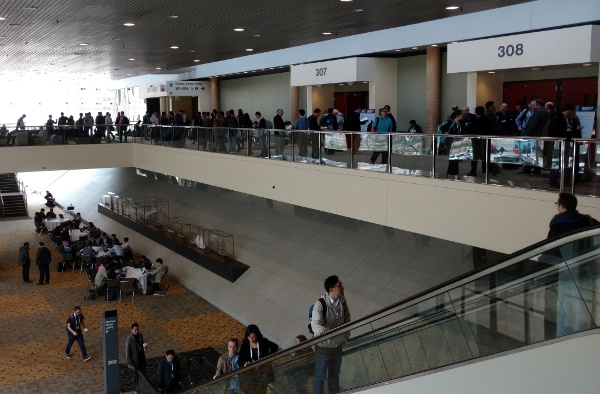 The meeting area of the Baltimore Convention Center.

The Convention Center in Baltimore isn't really set up in a way that lets you get good crowd shots, but this gives you a little sense of it. Not only people bustling around on their way to and from talks, but also a lot of groups collaborating on laptops at tables.

Just to prove that I was, in fact, in Baltimore, here's a shot that includes (to the right) the famous Bromo-Seltzer Tower: 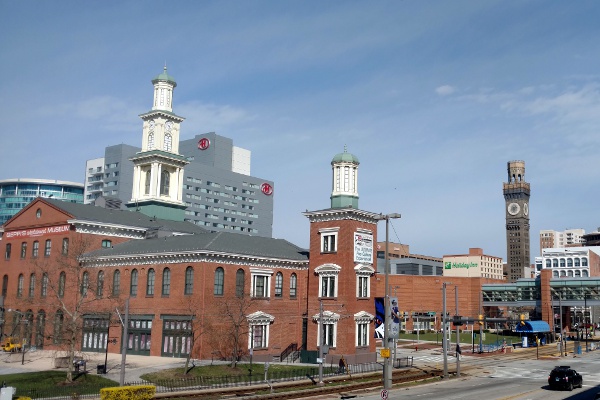 Buildings in downtown Baltimore, near the convention center.

This is probably the structure that is most distinctly Baltimorean. And was prominently featured in the sniper plotline of the late, great, Homicide: Life on the Street.

No physics meeting would be complete without a poster session, so: 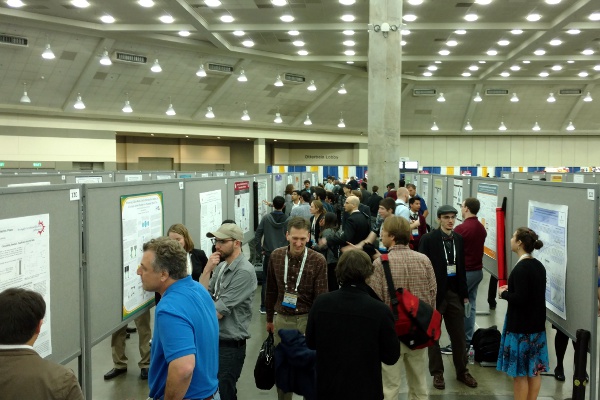 Crowd shot at one of the March Meeting poster sessions.

Honestly, I kind of hate these. Mostly because, as a large and self-conscious guy, whenever I'm in a big crowd I feel like I'm about to awkwardly trample somebody. The March Meeting made these easy to avoid, though, by scheduling them at the same time as sessions of talks, and also by moving the time for the poster session around from one day to the next (2-5 on Tuesday, 11-2 on Wednesday, 1-4 on Thursday), so I actually completely missed one that a bunch of Union students were presenting in. Not sure who thought that was a good idea.

Really, the physics-conference part of these trips isn't very photogenic, so here's another shot of Baltimore: 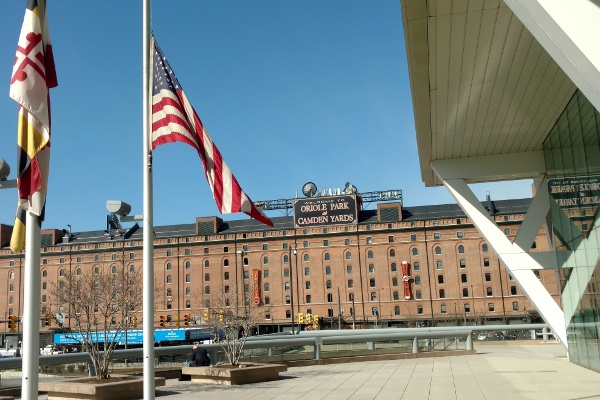 Camden Yards from the outside deck at the Convention Center.

Okay, fine, it's a little cliche to do the baseball-stadium-and-American-flag thing, but I like the way it came out. And it's my blog. So there.

Chad, you're setting us up for a BIG photo post. Hope whatever you're busy with is a good thing.