The week leading up to our cruise was crazy busy for me, with a bunch of travel for work. Which means you get a collection of cell-phone snapshots from that week, since I didn't bring the good camera with me on all those trips. 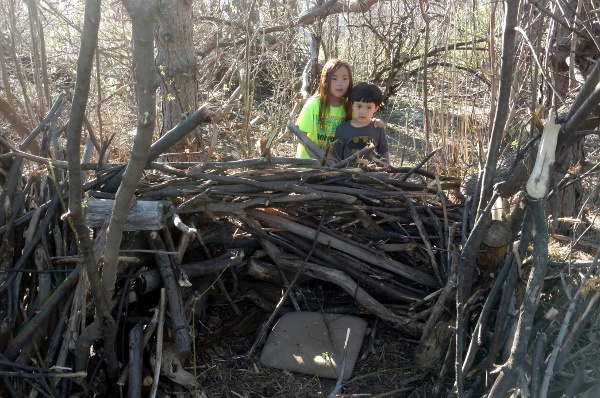 SteelyKid and the Pip behind a wall of sticks.

There are some paths running into the woods near the kids' day care, and the older kids decided to wall one of these off by wedging sticks between trees on either side. Because kids. It's an impressive bit of work, until somebody huffs and puffs and blows it all down. 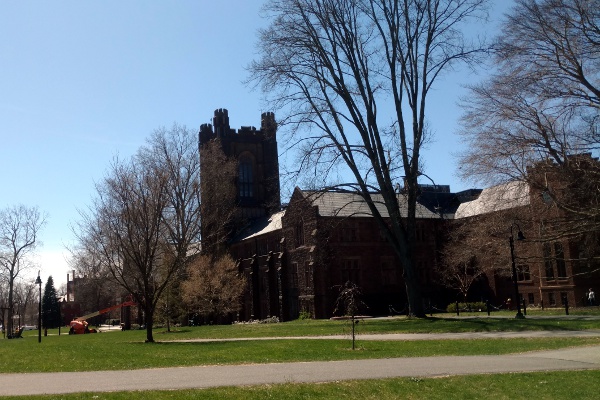 One of the out-of-town trips was a quick run to give a talk at Mount Holyoke over in Massachusetts. They have a very pretty campus, as one would expect of an elite liberal arts college. 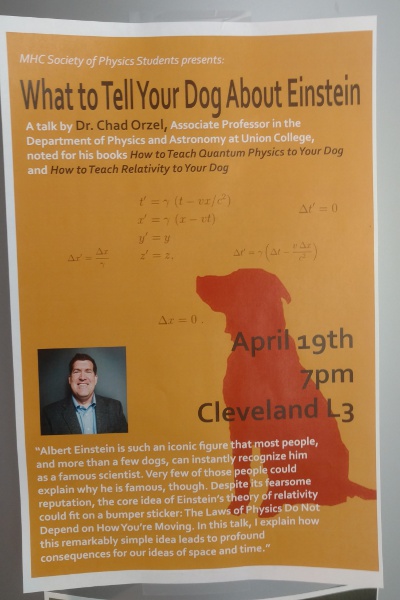 Poster for my talk at Mount Holyoke.

Holyoke gets two spots in this recap, because I really like the graphic design on the poster they did for my talk.

Red house facade on the roof of the Met.

The other out-of-town trip was a run down to NYC for the conference associated with the Space Apps NYC event. This started early enough on Friday morning that I needed to go down there on Thursday, so I decided to make a day of it, and get some culture. This is the current display in the roof garden at the Met, a facade of a red house. It's the usual quasi-joke sort of thing they put up there, but I like it better than many of the others I've seen. 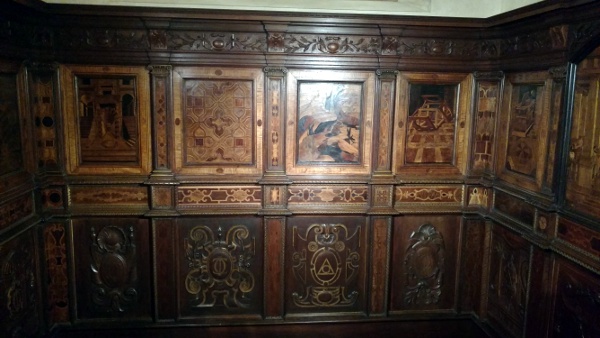 Part of a chapel from the 1500s done in wood inlay.

The great thing about the Met isn't just the big shows they host-- though the Pergamon exhibit was excellent-- but the oddball little galleries in the permanent collection. This is one of my favorites, a chapel from the 1500's that's been reconstructed here. All those panels with pictures are done in wood inlay, with incredibly detailed (and M.C. Escher-esque) pictures made by fitting different types of wood together. It's really very cool, and you should look for it. 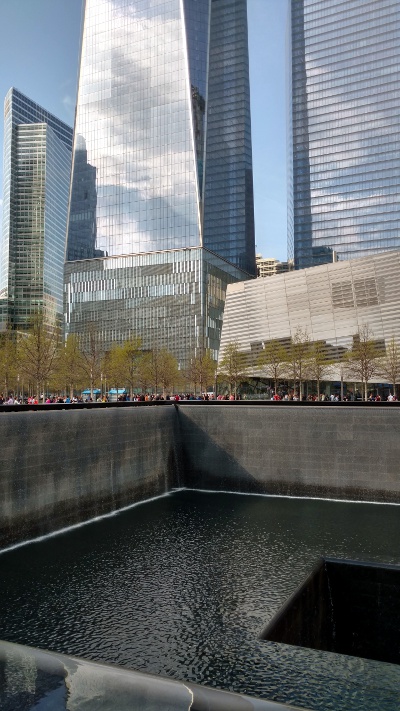 The 9/11 memorial in Lower Manhattan.

The meeting was in a building on Broadway wayyyy down in the financial district, and my hotel was a couple of blocks from the World Trade Center site and the 9/11 memorial. Which is very impressive. 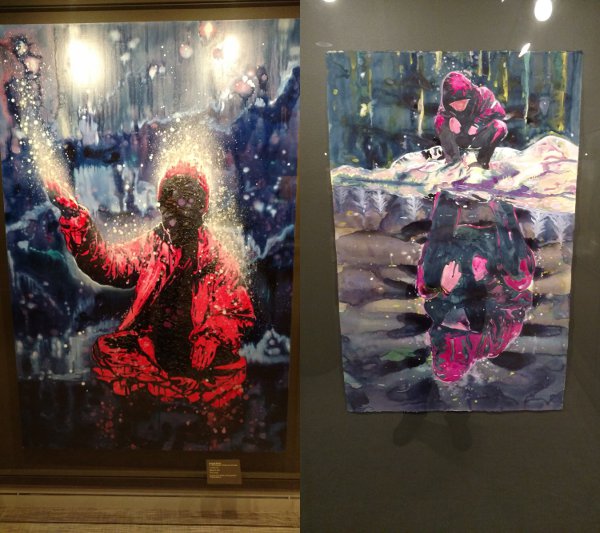 Two works by Armando Mariño from a show at the Rubin Museum.

After the meeting I needed to kill several hours before my train left Penn Station, so I stopped by another favorite NYC culture spot, the Rubin Museum. It's dedicated to Himalayan art, but they had a show on religious imagery in contemporary Cuban art that included these two very cool pictures by Armando Mariño, which look like cover art for exceptionally awesome urban fantasy novels.

The day after the SpaceApps meeting was the day we left for Florida and our big cruise; the next two Photo Dump posts will be shots from the trip, since I averaged better than 100 shots per day while on the boat...