William Seabrook achieved fame in the early 20th century as a man willing to travel the world in search of adventure (and drink), eating with cannibals in West Africa and uncovering the Haitian zombie.  His fascination with the occult and witchcraft guided many of his travels, and he was guest of honour at a remote cabin in the Maryland woods in January 1941, where a group of right-on youths were attempting to put a hex on Hitler. Life magazine has the details of the hexing party, reporting that having "bedeviled themselves with rum", the group dressed a dummy as the German leader, and beat drums, chanted curses, and attacked the effigy with pins, axes and mighty blows. 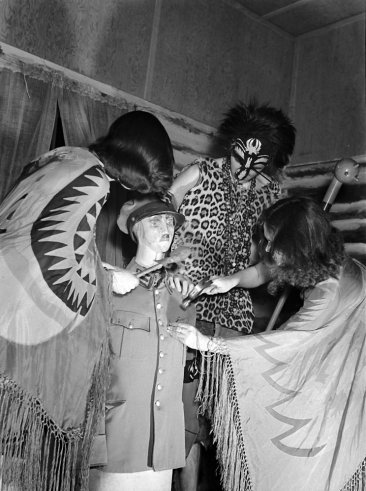 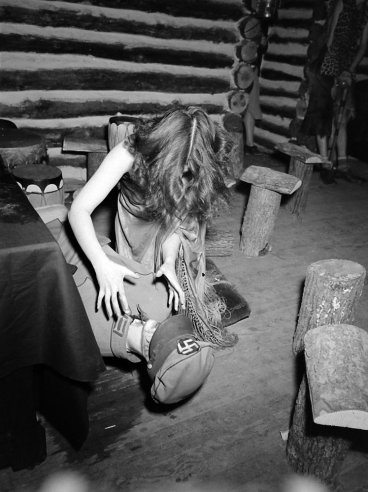 In the photo above, Florence Birdseye, scion of the frozen-food family, attempts to curse Hitler with debilitating insomnia.

Go to Life magazine for the full slideshow.

Nice. Looks like it worked. Sometimes to defeat a DICKtater, you have to use all available means to bring taht punk down including contact with outside forces.