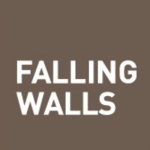 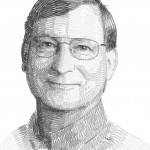 Perhaps having anticipated some bleary eyes in the audience following last night’s reception cocktails, Google’s chief economist Hal Varian  starts his Falling Walls lecture with a question: what day of the week are the most Google searches for “hangover”? The answer is, unsurprisingly, Sunday, a fact revealed by Google’s Trends platform, an open data project that allows anyone to delve into the wealth of knowledge in Google’s search records. Hangover follows a regular, predictable pattern according across the week, shown blue:

That red line?  Those are Google searches for “vodka". Note that they peak one day earlier...

It’s a fun comparison, but Varian is eager to demonstrate that much greater insights can be deduced from the service.  Perhaps most famous amongst these is Google’s Flu Trends, but they are also working on a forecast of the current state of the economy, what’s known as nowcasting.  Google Trends works in reverse, allowing you to return any search patterns that match a known trend. So, by taking historical measures of consumer sentiment – the opinion polls that try to measure public confidence in the economy – you can see how a combined volume of searches on financial planning, investment, financial news, and energy plan queries match it fairly well, suggesting that this combined feed can be used to measure current consumer sentiment, although Varian shies away from claims he can predict the future.

It’s not just Google that holds data that can track the pulse of the world economy. Visa and other credit card services know what was bought yesterday and by whom, FedEx know what is moving across the globe, retailers such as WalMart and Tesco have huge reams of information on consumer expenditure.  All of these organizations hold much higher frequency data than the methodically-collected statistics of government offices, which are released in gluts months or years apart.  By combining these two sources, we can make a big step toward understanding the functioning of the complex systems like the economy, and build more flexible, responsive industries to serve them.