The science and technology blogs were alight with adulation last week with the news that with no assistance, illiterate Ethiopian children had learned to use and even "hack" computers given to them. Speaking at  MIT Technology Review’s EmTech conference, the founder of the One Laptop Per Child initiative revealed an experiment in which Motorola Xoom tablets had been given to young children in two remote villages to see what they would do with them, and found that within months the children had learned to access a variety of pre-loaded material and even change the locked settings.

Like others, I was skeptical, not because it seemed too good to be true, but because it so cravenly played into the fantasy of technology as an instant catalyst of civilisation.  There are any number of reasons that I'm uncomfortable with this story. The first is that OLPC saw fit to run an experiment on these villagers, as if they were simply a backdrop for a techno-utopian vision to be projected onto. It's deeply reminiscent of a sci-fi novel by Charles Stross in which the singularity on a backwater planet begins when mobile phones clatter from the skies, the first in a cornucopia of gifts to a pre-electronic race by a passing caravan of bored aliens.  I worry that this experiment gives succour our worst hero fantasies of charity and development - that there is no need to learn about a community, to engage in discourse, to slowly learn and understand the challenges it faces and the solutions it wants. Rather, this latest OLPC effort promotes a solution that seems designed to exist outside of any wider-scale organisation of education services. That alone should worry us. And I fear that it also supports a facile view of poverty in that what separates the third world from us is not economic stability, peace, physical and electronic infrastructure, access to food, medicine and clean drinking water, but a lack of gadgets. 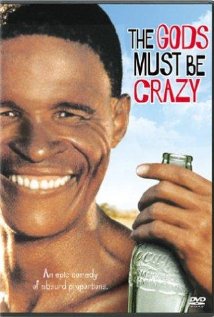 To me, dropping laptops from the sky as a solution to a lack of education is akin to dropping food from the sky to resolve hunger. Superficially, it appears to work, enough even to convince you that it's a solution, but it's at best a temporary remediation specifically because it does nothing to address the conditions that brought about famine in the first place.  Is it lack of teachers that holds children back? Or lack of basic healthcare? The very idea that these computers could take the place of a teacher is I think absurd and inane. Here in the UK we still haven't solved the problem of providing affordable and thorough education to our children to our satisfaction, and we have more than enough computers to go around. Does anyone think that we could replace teachers in the UK with iPads? And to those who might say - well, something is better than nothing, ask yourself: why should these villages accept a lower standard of education? Why should they be palmed off with tablets instead of teachers?

An acquaintance pointed out to me a few days ago that the most iconic image of Sandy's destruction was not flattened homes or flooded neighbourhoods, as so often in the past, but the little clusters of mobile phones gathered around multi-way power sockets. How it presented the narrative that re-establishing connectivity, not food or shelter, was the primary concern of  those hit. Make no mistake - connectivity is good. More people have access to a mobile phone in sub-Saharan Africa than to clean drinking water, and that's made a huge and positive impact on the continent. But I don't think it means that we, like Stross's aliens, should expect a revolution in development by sending phones clattering into the forest canopies and the rice paddies of the third world.

In the last example form New York, I don't think there has to be a choice between connectivity and food, shelter and other necessities. Those necessities existed in New York, but it was unknown where and how to get a hold of them. Having connectivity is then a way of gaining this information of how to locate resources, not something chosen *instead of* those resources.

The problem I have with the OLPC example (except the problems you already listed) is that it is assumed that connectivity, information and even knowledge is *enough*. But in fact, the value of the connectivity and the information decrease rapidly if there are no resources you can locate with the help of them and no way you can act on your knowledge. It becomes just a self-referencing system of communication. Information technology is a great way to match needs and resources in a distributed way, but that requires that those resources actually exist.

There a good article by Don Slater och Janet Kwami called “Embeddedness and escape: Internet and mobile use as poverty reduction strategies in Ghana“ http://www.civilsociety.developmentgateway.org/uploads/media/civilsocie…

There, they discuss how different media -- internet-enabled computer and mobile phone -- is used to try to locate global and local resources respectively. Wrote a blog post about in here (in Swedish, works with gtranslate): http://old.blay.se/2009/07/20/trassel-och-flykt-medier-i-ghana/

Very much agree with you Frank, I was not comfortable with that myself. Even if it is useful, not sure if also more prosaically what happens when they break down as they will, and no one knows how to mend them and they are back with nothing and the experiment is over as before, and they are forgotten as the experimenters cash only stretched to the pilot etc etc. Grim. doesn't look very thought through.

The short-form version of the story also makes it sound like the tablets are being given to some kind of lost tribe of pygmies, but Ethiopia has a mobile penetration rate of 26%, so it is unlikely that there are any villages with no one familiar with modern information technology, even if they have only used it in the city. And do they really have "no exposure to the written word"? They see the words and the act of reading every day, even if kids involved were illiterate. (By the way, Ethiopians have been using a written language longer than, for instance, Japanese, Germans, or Finns.

Personally, I didn't think that 'technology is magic' was the point of the story, but that the laptops were so easy and intuitive to use...

It was a useful experiment with surprising outcomes. Is it the Rolls-Royce solution complete with a feeding frenzy of development experts - no. The answer lies somewhere in between the extremes.

Technopaternalism for me is comparing with New York tragedy, complex societies are fragile, why does this surprise anyone. Irrelevant to the topic at hand on the experiment.

Part of the challenge is finding new ways of igniting techno revolution in Africa. It does not have to follow the European/USA way.
Strangely when freed from preconceptions of the elites, it has developed beneficially,

So can it replace teachers, off course not. Is it overblown - probably yes.
Is it wrong, immoral as the Stross Alien imagery suggests - nope.

Does it allow us to rethink,slightly, our paradigm - heck yes.

in a related story

When I saw the segment about this experiment and believe me I caught the tail end of it...I marveled at the idea of it. After reading this article I can understand the concern. In the autobiography of Frederick Douglas he says that it was when he learned to read he found out what he was...a slave for life, he says a beast, he became despairing...says alot about ignorance is bliss. So, what happens when the children realize they are not as educated as others, or see worlds they are unable to live in? I once was told by a superintendent of schools in Texas that he lived in a area where everyone was impoverished, they didn't know they were without. He said the most painful type of poverty is when you live amongst the wealth that you cannot achieve. What I once thought was a fascinating story I see now as a violation of those peoples way of life...once again man coming in playing superiority games, imperialism etc. ugh.

The study is not credible. First of all, if a bunch of machines of obvious value were dropped off in a relatively poor isolated village, do you really think the adults who are struggling to prosper would let the single most valuable things in the village stay with the children?

Another question is, "In five months, did no one travel from this village to another and mention the 1,000 machines that had magically appeared, consequently posioning the study when someone said, 'hey i know what those are?"

Also, as mentioned, if a single person in the village was familiar with computers or mobiles, then the whole study is junk, since it is almost certain that once it was known that person knew something about them, his knowledge would disseminate rapidly through the village.