What's behind these secret marks on postage stamps?

Recently, I noticed something strange about the postage stamps on my mail. They have a glossy coat that can only be seen at certain angles. Written in this glossy ink are the words ROYAL MAIL over and over again, like a watermark. But there's something wrong. Can you spot it? 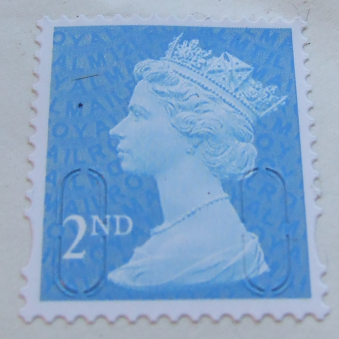 I hunted around for another second class stamp to see if the pattern repeated itself. Instead, I found this. 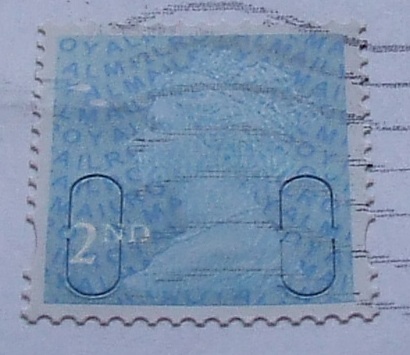 Although the same M12L appears on the top left, the MTIL on the top right is not there! What can it mean? I assumed this was some kind of mark showing which plate the stamps were produced on, but then, why have a mark on one and not on another?

With a bit of rooting around, it looks like these are 'irridescent underprint' security markings, to help reduce counterfeiting and resale of used stamps. The 12 in M12L stands for 2012, the year the stamp was produced. The substitution of T for A in MAIL denotes the origin of the stamp, the Delta Stamps website says:

As a means of identifying the source of a stamp, a hidden code letter has been applied to printings that do NOT come from counter sheets. These hidden source code identification letters occur in just one position per stamp and are :-

So the security code on my first stamp tells me that it was printed in 2012 and came as part of a book of twelve. Mystery solved!