Starts with a bang reader Zrinka asks us how rainbows work, and that's a great question for the weekend, since I'm driving up to Portland, OR right now. (The desert is lousy for rainbows when it doesn't rain!) So you've seen something like this before, although maybe yours isn't as famous as Galen Rowell's: 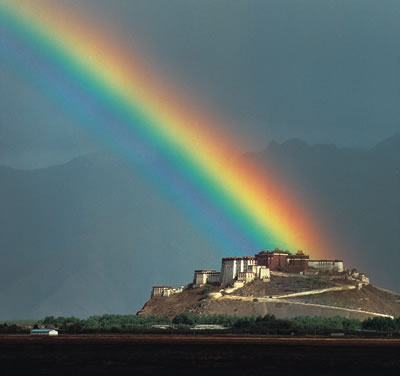 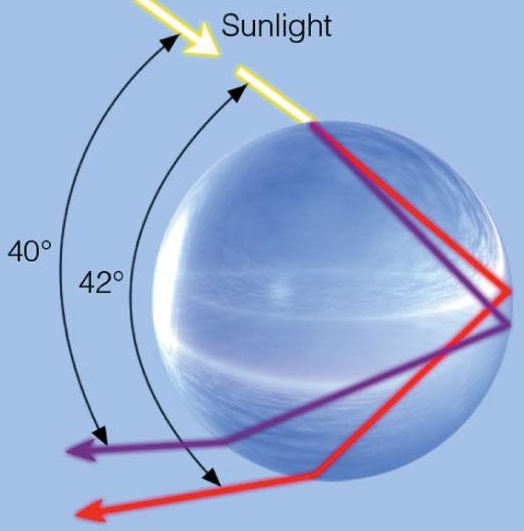 So that's why red appears on the outside, because it makes an arc of 42 degrees, and purple appears on the inside, with an arc of 40 degrees. Now sometimes, if you look closely on a nice bright day, you'll see a second rainbow outside the first, with the colors reversed! This is what happens when you get a second reflection happening inside some of the drops, and you might see something like this! 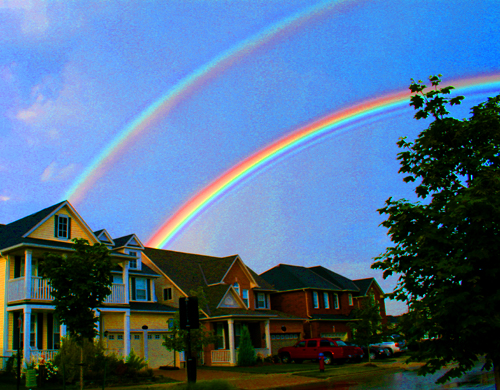 So that's how rainbows work; now the next time you see one, you'll know that where it appears is because of your position relative to the sun and the rain, and the shape and arc-size of the rainbow(s) are the same wherever you are!