This was the third and final piece of the puzzle that led to the acceptance of the Big Bang and the rejection of all alternatives: the discovery of the background radiation left over from the Big Bang.

The "leading theory" before this was discovered was the Steady-State theory. Sure, they knew of Hubble Expansion. But they hemmed and hawed and said, "well, the Universe is expanding, but there must be something that happens that keeps creating new matter for free, and that's why the Universe can expand in a steady-state theory." So, they made one thing up to explain that (which violates the conservation of energy, by the way). Then there were the light elements. They said, "Oh, well, since we make most of the heavy elements in stars, we can make the light ones, too, probably." This was a young field, so they didn't know that no, they couldn't make that much helium that quickly. 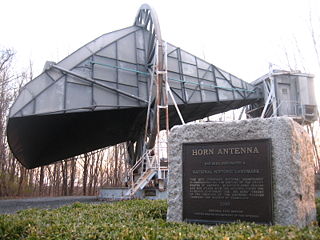 But the Big Bang predicted leftover radiation. After all, if it was hot and dense, and all the Universe did was expand, then that radiation doesn't just disappear, it sticks around, but evolves with the Universe, and becomes cold and diffuse. But they didn't see it. Know why? It's relatively faint, and you need a big antenna to see it. But a couple of guys from Bell Labs had a big antenna, and they were pointing it at different points in the sky. And they found there was this noise that you couldn't get rid of, at about 3 Kelvin in Temperature. What the heck was it?

Well, their first guess was there was something dirty in the antenna. So they went up there, and it turned out it was filled with pigeon droppings. 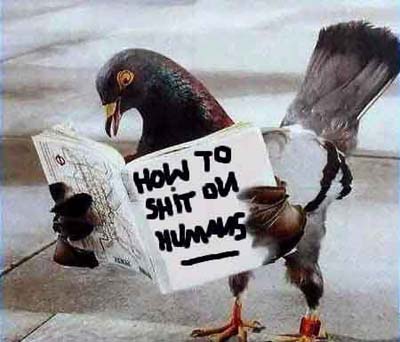 So they cleaned it all out, and then looked again. Well, there was still all this noise! Everywhere in the sky! So they called up the smart guys at Princeton, who told them, "Oh-my-God you found the leftover radiation from the big bang!" So they got a Nobel Prize, and the guys from Princeton didn't!

By chance, I met Arno Penzias (one of the two guys who found the leftover radiation) in Italy back in 2004, who told me most of this story. When they discovered this leftover radiation more than 40 years ago, people very quickly realized that the Big Bang was the only theory that explained this, the light elements, and the Hubble Expansion. That remains true to the present day. But one of the saddest stories is that of Fred Hoyle, who just couldn't believe that his beautiful steady-state theory was wrong, and until his death in 2003, kept claiming, "We live in a fog," referring to the cosmic microwave background as that mysterious fog.

Lesson? Learn from the evidence around you. And now you know all three reasons why the Big Bang is the only theory we have that explains why the Universe is the way it is!

"You couldn’t be here if stars hadn’t exploded, because the elements - the carbon, nitrogen, oxygen, iron, all the things that matter for evolution and for life - weren’t created at the beginning of time. They were created in the nuclear furnaces of stars, and the only way for them to get into your…

Did It All Start With A Bang?

Here's a really fundamental question, and yet one that I think that most people don't know the answer to: How do we know that the Big Bang is the right theory of the origin of the Universe? There are a bunch of alternative theories out there, after all, like Plasma Cosmology, the Steady-State…

How do we use the CMB to learn about the Universe?

The task is not so much to see what no one yet has seen, but to think what no body yet has thought about that which everyone sees. -Arthur Schopenhauer Most of you who've been reading Starts With A Bang for a while have seen this picture come up many, many times. Why do I keep putting it up, and…

In the 1940s, the Big Bang theory was first conceived and detailed. But, to quote Niels Bohr, We are all agreed that your theory is crazy. The question which divides us is whether it is crazy enough to have a chance of being correct. My own feeling is that it is not crazy enough. One of the…
Advertisment