“The most amazing lesson in aerodynamics I ever had was the day I climbed a thermal in a glider at the same time as an eagle. I witnessed, close up, effortlessness and lightness combined with strength, precision and determination.” -Norman Foster

It's called the "Eagle Nebula" because the shape of the nebula itself faintly resembles the silhouette of that hyper-intelligent and skilled bird-of-prey, but what lies inside is far more spectacular than any early skywatcher imagined. 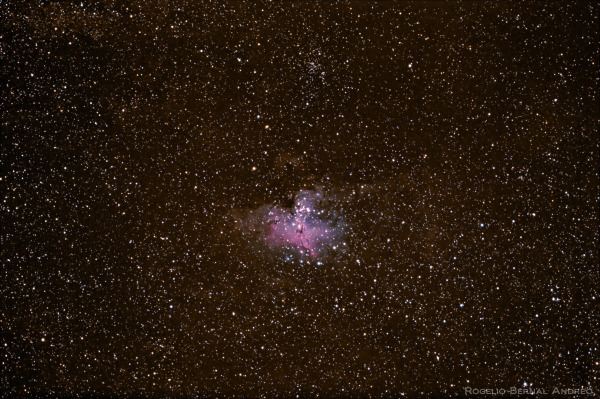 An in-depth look reveals that all the stages of new star formation are present, from dust still collapsing under its own gravity, to pillars forming new proto-stars while simultaneously evaporating, to young fully-formed stars ionizing and working to dissociate the remaining nebular regions. 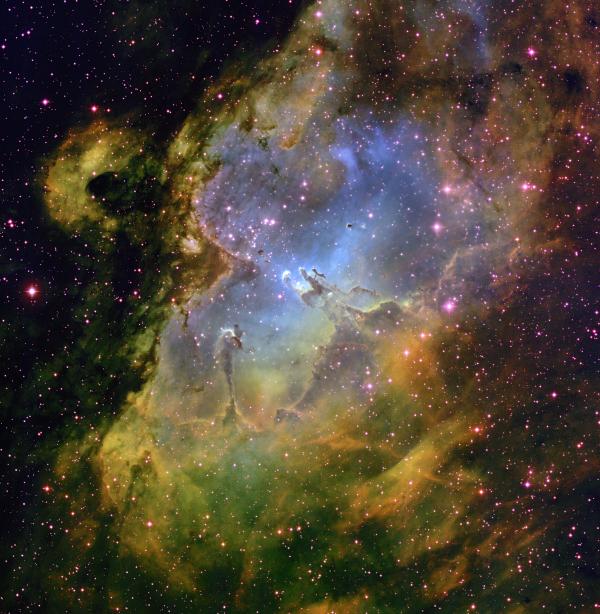 It's the Eagle Nebula, home to some of the most spectacular sights our Universe has to offer, for this marvelous Messier Monday!