The closest star system to us doesn't have any planets (yet), after all

“You're on Earth. There's no cure for that.” -Samuel Beckett

In 2012, astronomers announced that the nearest star system to us, the Alpha Centauri system, possessed at least one exoplanet around it. A periodic signal that recurred just every 3.24 days was consistent with an Earth-sized exoplanet orbiting and gravitationally tugging on the second largest member of the star system: Alpha Centauri B.

That planet, named Alpha Centauri Bb, turns out not to actually be there. A reanalysis of the data shows that a combination of stellar properties and the times at which the observations were made conspired to produce this spurious signal: a signal that goes away if the data is handled correctly. Accounting for everything correctly reveals something else of interest, a periodic 20-day signal, which may turn out -- with better observations -- to be Alpha Centauri's first exoplanet after all. 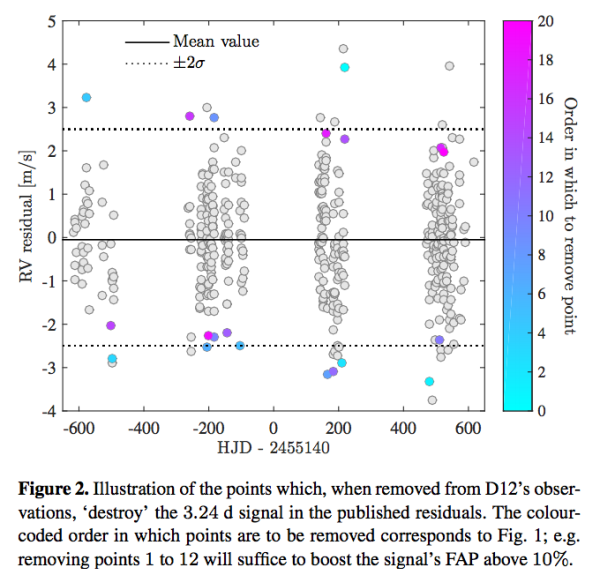