The Dark Side Of The Universe: A Live-Blog Event (Synopsis)

"If you take everything we know... it only adds up to 5% of the Universe." -Katie Freese

One of the greatest advances of the 20th century was the discovery of the vast nature of the cosmos: that it was filled with billions of galaxies, each containing billions of stars, and that it extended in all directions for at least tens of billions of light years. Yet when we look out at the full gamut of all there is, the stuff that's normal matter -- made of the same protons, neutrons and electrons that we are -- can account for no more than 5% of the total energy in the Universe.

The remaining 95% is split between dark matter (27%), which gravitates like normal matter but displays none of the other known interactions, and dark energy (68%), which affects the expansion rate of the Universe but does not interact with either normal or dark matter in any discernible way. Uncovering the nature of these two components of the Universe is one of the holy grails of modern astrophysics, and happens to be the subject of Katie Freese's public lecture at Perimeter Institute today. 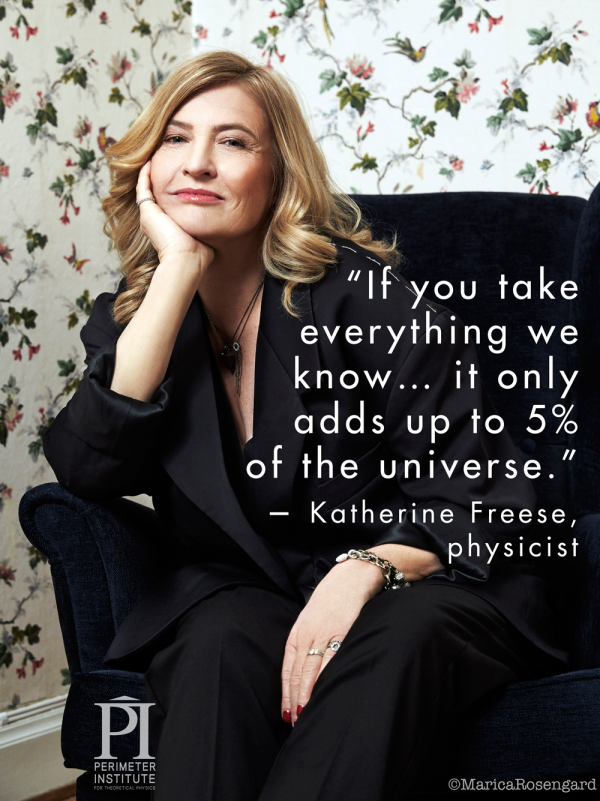 Go listen to her talk -- and follow along with my live blog -- in real time (or afterwards, at any time) starting at 7 PM ET / 4 PM PT today!