Mystery solved: why some galaxies appear dustier on one half than the other (Synopsis)

"He ate and drank the precious Words,
his Spirit grew robust;
He knew no more that he was poor,
nor that his frame was Dust." -Emily Dickinson

When we look at spiral galaxies, we think of grand arms, star-forming regions and dust lanes lining our perspective. But unlike face-on galaxies, where everything looks the same, galaxies that appear tilted at an angle often appear to have one half far greater in its dust-richness than the other. 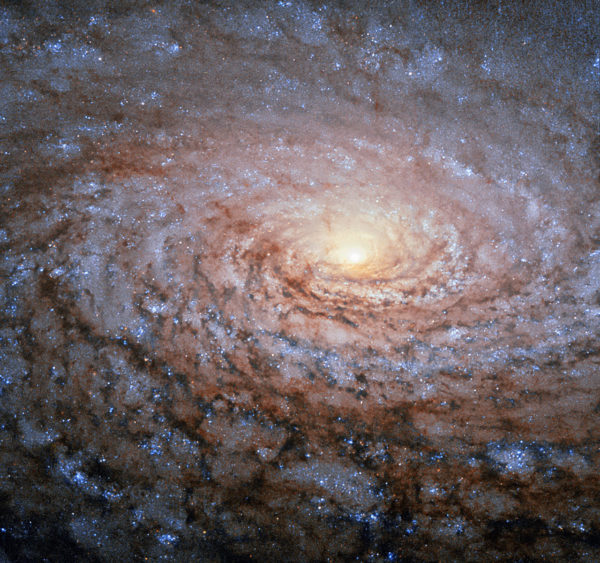 The Sunflower Galaxy, Messier 63, tilted relative to our line-of-sight, with one half clearly appearing dustier than the other. Image credit: ESA/Hubble & NASA.

This was regarded as a mystery for a long time, but the recent Pan-chromatic Hubble Andromeda Treasury (PHAT) survey confirmed the leading picture: that the dust lanes are confined to a narrow, central region of the disk, and the dusty appearance is an optical illusion. It’s a simple result of perspective, that more of the brighter stars are hidden behind the dust from one side than the other. 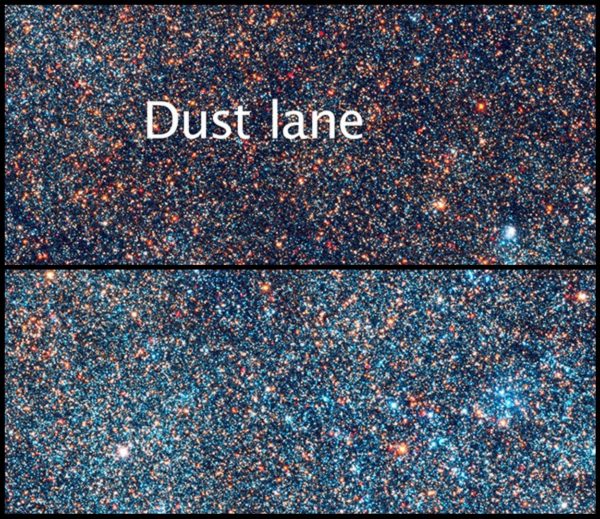 Go get the whole story in pictures, visuals and no more than 200 words on today’s Mostly Mute Monday!