Supernovae glow for decades thanks to radioactivity (Synopsis)

"When we recall the past, we usually find that it is the simplest things - not the great occasions - that in retrospect give off the greatest glow of happiness." -Bob Hope

When a very massive star reaches the end of its life, it runs out of burnable fuel. As a result, the core collapses, heats up and undergoes a runaway fusion reaction. While many heavy elements are formed and a tremendous amount of energy is released, the very core implodes, tearing apart the outer layers of the star in a supernova explosion. 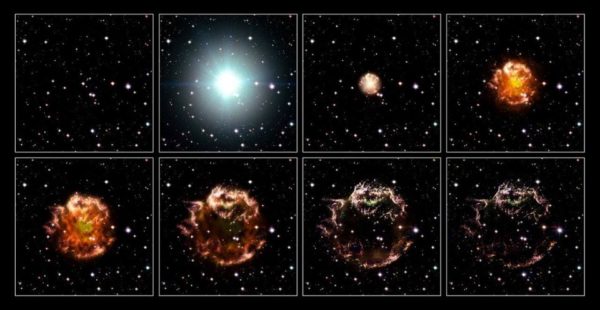 An animation sequence of the 17th century supernova in the constellation of Cassiopeia. Surrounding material plus continued emission of EM radiation both play a role in the remnant's continued illumination. Image credit: NASA, ESA, and the Hubble Heritage STScI/AURA)-ESA/Hubble Collaboration. Acknowledgement: Robert A. Fesen (Dartmouth College, USA) and James Long (ESA/Hubble).

Although the final catastrophe lasts only seconds, the explosion is visible for months, with the afterglow remaining detectable for thousands of years. What was the cause of this lasting electromagnetic radiation? In the aftermath of supernova 1987A, the closest supernova of the past 100+ years, we’ve learned the answer: radioactive elements created in the explosion itself. 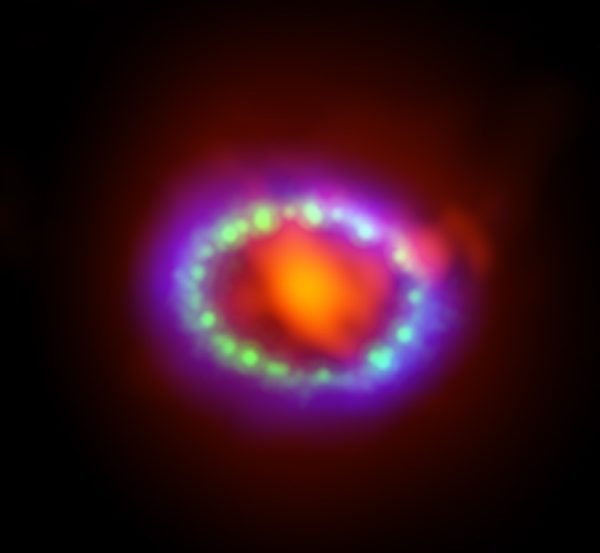 Come get the full story and a glorious array of pictures and videos on today’s Mostly Mute Monday!