Hubble's shining view of deep space beyond the stars (Synopsis)

“Deep into that darkness peering, long I stood there, wondering, fearing, doubting, dreaming dreams no mortal ever dared to dream before.” -Edgar Allan Poe

No matter where you look in the night sky, a powerful enough telescope appears to reveal points of light. Even if you find a region with no stars in the Milky Way, you’re likely to find thousands of galaxies in the deep sky beyond, as the Hubble Deep Field and successor images demonstrated. However, it wasn’t until 2010 and the WFC3 that we were able to get deep, wide-field views simultaneously. 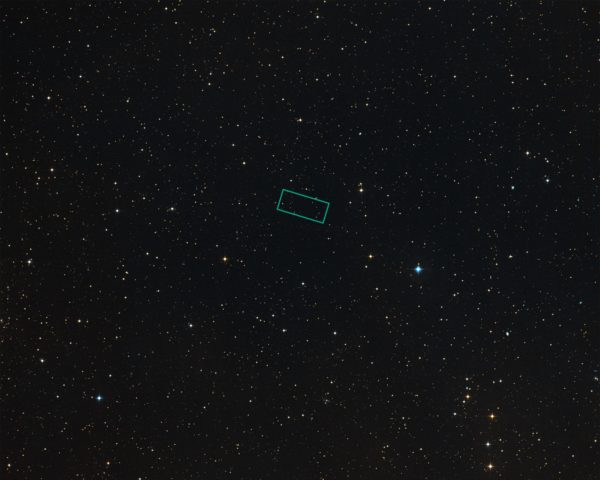 The first mosaic from that program -- the GOODS-S ERS -- revealed over 7,500 galaxies in a very narrow region of space, less than 10 arcminutes across on the sky. Galaxies appear in all shapes, sizes and colors, revealing a simultaneous view of nearby ones and distant ones from when the Universe was only 5% its current age. 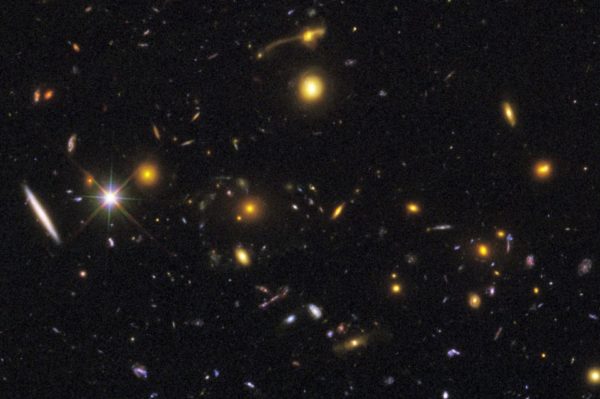 Come take a fantastic view into the distant and nearby Universe all at once on today’s Mostly Mute Monday!

Mostly Mute Monday: Out Of The Darkness (Synopsis)

“Deep into that darkness peering, long I stood there, wondering, fearing, doubting, dreaming dreams no mortal ever dared to dream before.” -Edgar Allan Poe Thanks to the Hubble Space Telescope, we've learned for a certainty that the black abyss of empty space isn't really so empty. Far beyond what…

The Dark Side Of The Universe: A Live-Blog Event (Synopsis)

"If you take everything we know... it only adds up to 5% of the Universe." -Katie Freese One of the greatest advances of the 20th century was the discovery of the vast nature of the cosmos: that it was filled with billions of galaxies, each containing billions of stars, and that it extended in all…

"The vastness of the heavens stretches my imagination. It does not do harm to the mystery to know a little about it. For far more marvelous is the truth than any artists of the past imagined it." -Richard Feynman What did you think about, wonder about, and dream about the first time you saw the…

What is the oldest star in the Universe? (Synopsis)