Ask Ethan: Why Do Stars Come In Different Sizes? (Synopsis)

"Billions of years from now our sun, then a distended red giant star, will have reduced Earth to a charred cinder." -Carl Sagan

The (modern) Morgan–Keenan spectral classification system, with the temperature range of each star class shown above it, in kelvin. The overwhelming majority (75%) of stars today are M-class stars, with only 1-in-800 being massive enough for a supernova. But these are only main-sequence stars; there are four other types of stars out there! Image credit: Wikimedia Commons user LucasVB, additions by E. Siegel.

As it turns out, neutron stars and white dwarfs are almost all larger in mass than our own Sun is, and yet the Sun is hundreds or even many thousands of times larger than they are. The most massive star known is only 30 times the physical size of our Sun, while the largest star of all is nearly 2,000 times our Sun’s size. As it turns out, there’s much, much more at play than mass alone. 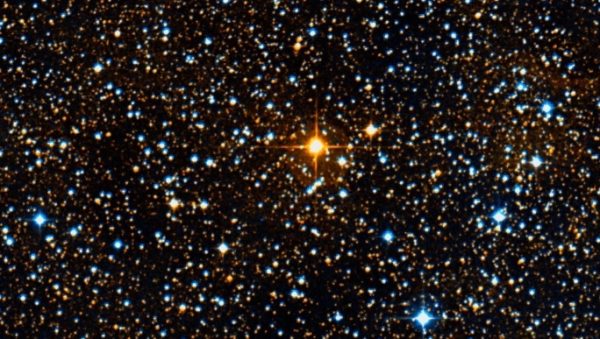 A zoomed-in picture of the red giant star UY Scuti, picture processed through the Rutherford Observatory's telescope. This bright star may still only appear like a 'point' through most telescopes, but is the largest star presently known to humanity. Image credit: Haktarfone / Wikimedia Commons.

Why do stars really come in different sizes, and how do we even know how big a star is at all? Find out on this week’s Ask Ethan!