5 Surprising Facts About The First Galaxies In The Universe

"Suddenly whole new programs open up, things you can do that you could never do before. It'd be great scientifically, it'd be great for the nation, for educators, for students, and it'd be just great for the public at large." -Garth Illingworth

Looking farther and farther into the distant Universe is the equivalent of looking farther and farther back in time. Although Hubble has shown us galaxies from when the Universe is just 400 million years old, and satellites to measure the Cosmic Microwave Background can show us a snapshot at 380,000 years, we have no information about what’s in between. That means, to date, we have yet to see the Universe’s first stars and galaxies! 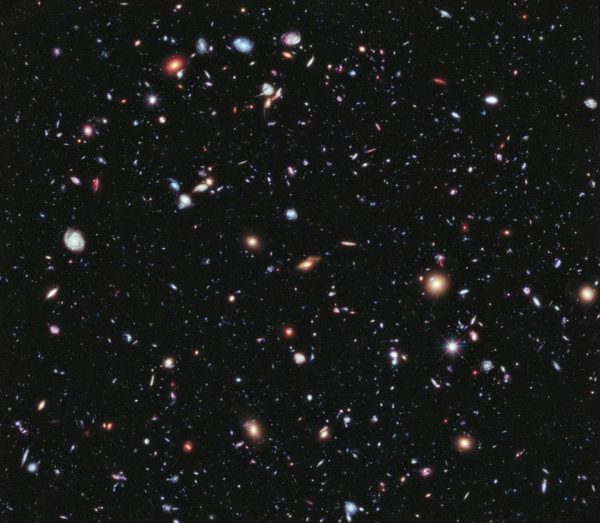 The Hubble eXtreme Deep Field, our deepest view of the Universe to date, which reveals galaxies from when the Universe was only 3-4% its current age. This is, however, the absolute limit of how far Hubble can go; more observing time will reveal fainter galaxies, but not more distant ones. Image credit: NASA; ESA; G. Illingworth, D. Magee, and P. Oesch, University of California, Santa Cruz; R. Bouwens, Leiden University; and the HUDF09 Team.

While James Webb will shed a new cosmic light on that era, allowing us to view these galaxies for the first time, there are some pieces of information that we already know. These galaxies must be tiny compared to the ones we have today; they will never be seen by Hubble, even with an infinite amount of observing time; they should already contain the seeds of supermassive black holes from their inception; and they very likely contain the most massive stars found in the entire Universe.

The cluster RMC 136 (R136) in the Tarantula Nebula in the Large Magellanic Cloud, is home to the most massive stars known. R136a1, the greatest of them all, is over 250 times the mass of the Sun. Image credit: European Southern Observatory/P. Crowther/C.J. Evans.
Tags
Astronomy
Galaxies
Hubble
Categories
Physical Sciences