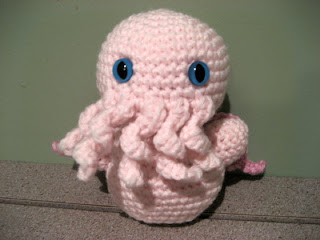 Every cloud has a silver lining, and it looks like Zorita is jockeying for some of the silver: the Future of IPCC apparently is to morph into one of those nice International agencies which pay so well and are headquarted in rather nice cities, staffed by... well, clearly by the likes of independent-minded folk such as Eduardo. As he says so wisely As with finance, climate assessment is too important to be left in the hands of advocates, or other scum like the current IPCC authors: sweep them all away and leave it in the hands of people who are prepared to admit their errors... oh, wait.

And I cannot resist a totally off-topic link to Eli's Cthulhu Explains it All. Wonderful.

Speaking very vaguely of which (I mean, of being off-topic): why not read about Coverity?

The Nature article is subscription so it's hard to know if Zorita's ideas are any worse than the others' interviewed. His is a bureaucrat's dream for an official climate science.

I'm surprised the recent posts about the IPCC seem to attract so little interest. One thing the IPCC can do well - and it may be the only thing - is compiling current climate science. Even most skeptics accept the basic science in WG1. The attacks are as yet on the fringes, disputing this graph or that. By all means, save the science.

Heh, Lucia has a mangled version and presents it as "the original comment by Cthulhu" (apparently an attempt of humor) or some such but the commenters go wild how Eli has been cherry picking. You couldn't make this up. Somebody save it all!

"Even most skeptics accept the basic science in WG1. "

People say stuff like this, but I don't see it.

yikes, well figure 200K euros per science (salary & overheads), that's 40 million euros per year spent. one nice thing about the IPCC is it's basically free, i.e. it has a lot of volunteer work due to scientists wanting to get in it and get involved (it seems sort of like having a "Nature paper" mystique about it, if not more mojo than that). spending 40 million euros per year on another body seems to be pouring money down a hole, and would look bad and out of touch in today's economy (I'm sure Greece would love to pick up the tab? ;-)

I think it's more sensible (and cheaper) to keep the WG1 and leave it up to national bodies (UK MO, US NSF etc) to do the socio-philosophical transactions/SPM sort of things.

Charles Fort got it right: "We are property."

"... there's a remarkable revolving door between the mainstream media and the staff of the Bush White House.

The revolving door is so intense, NBC News hired one of the former president's daughters, despite her not having any background in journalism at all...."
----

As Eli said in comments at his place Von Storch and Zorita have behaved like jackels in the Swifthack affair. You could see the saliva dripping from their lips when they opened their blog.

For them it's all or nothing, because none of the people they went after or their colleagues or etc. are going to have nothing to do with them after this.

As a small point, v. Storch has been pretty jealous of Stefan Rahmstorf, who has been the go to guy for a quote on climate change for German reporters (Rahmstorf is also on the advisory committee for climate change, Eli doesn't think v. Storch is). v. Storch and his cat's paw Zorita, are clearly intent on displacing Rahmstorf.

Rabett Run, where you go to get your scorecard