Who is Dr. S. Jeevananda Reddy? A trick question, of course. The answer is "the author of a blog post at WUWT entitled IPCC’s Report on Climate Change: Myths & Realities". The blog posting itself is a more-than-usually-pointless mish-mash of nonsense, and isn't worth reading. I did anyway, though, and can assure you that "A World Meteorological Organization insider’s view of the IPCC report" is wrong, because it isn't really about the IPCC report at all; its just the usual stuff.

But it is being sold on credentials as "A World Meteorological Organization insider’s view", and SJR claims to be "Formerly Chief Technical Advisor – WMO/UN". "Chief Technical Advisor" sounds impressive, but even more impressive is SJR's stealth-like ability to leave almost no track at all on the web, despite the claim of such a high-profile position.

I found http://www.zoominfo.com/p/S.-Reddy/541694135 which I think must be the same guy, as it makes the same claim. There are misc links to stuff about Hyderabad. His "Employment History" is very brief and laconic: Scientist ICRISAT. ICRISAT really exists, but the connection between the two that google can find is a paper on sorghum from 1984 (that's searching on "site:www.icrisat.org Jeevananda").

There's also a book, Climate Change Myths & Realities dating from 2008. Some of it is astonishingly crude and rough by anyone's standards: try looking at page 80, or page 108, or indeed page 1, which assures us that 0.93% of the atmosphere is organ. There are also a whole pile of pics in there that have clearly been ripped from elsewhere, with no attribution. The few bits about GW that I read were much like the stuff he posted at WUWT; i.e., uninteresting. The pic is from the end of the book, as is his claim to have "published about 500 scientific articles", which is a fair number. Google scholar suggests his count is some way off. And the last ones I find are from the mid-90's: Over-emphasis on energy terms in crop yield models may or may not be a worthy if minor and little-cited contribution; but the affiliation Agricultural Meteorologist (Managing Consultant, Jeevan Agromet Consultancy), Plot No. 6, ICRISAT Colony suggests that he wasn't formally employed at that point. Perhaps he was retired from ICRISAT? He has at least one from 1974.

And his claim to be "Formerly Chief Technical Advisor – WMO/UN"? I can find nothing to support it.

[Update: delightfully, this post is now the #1 google hit for "Jeevananda Reddy".] 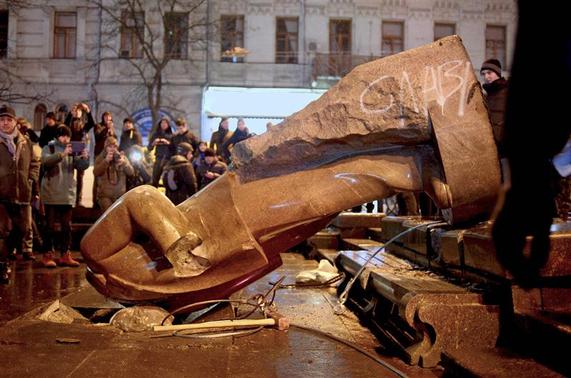 Hey, page 79 is no great shakes either!

You'll love this one, too:
http://www.rainfedfarming.org/documents/JeevanandaReddy_FullReport.pdf

One may note the frequent references to himself; the chapter on climate change shows he's heard a lot of bells ringing, but they may actually be in his head, and not real.

Isn't this what journalists call a dog-bites-man story?

"Isn’t this what journalists call a dog-bites-man story?"

i belive so. i'm sure David Rose is limbering up his typing fingers as we speak.

Dog bites man indeed. A regular for years at DotEarth and blatant self-promoter, not up to the standard of some of the hornets in that nest, worthy of being ignored. I was a little shocked as I would have thought he was beneath notice here, but I guess if he's promoted himself to lead author at WUWT that gives him some standing? However, it might bring some business to his consultancy, lots of money in them weeds.

Things are looking dicey in Kiev. Let us see how Putin reacts.

The biggest surprise was that there were any statues of Lenin left to overturn ...

If you exmine the dead commisar bounce frame by frame , some interesting structural parallels emerge

My pretty-much-random Zotero database of climate-related stuff yielded only two records for Dr Reddy. One was an unobtainable and/or misnamed 1979 ICRISAT article cited in a 2007 study of Turkana droughts,

Useful? No. But there they are.

He's front and center in Heartland's list of NIPCC fans:

“I fully support the efforts of the Nongovernmental International Panel on Climate Change (NIPCC) and publication of its latest report, Climate Change Reconsidered II: Physical Science, to help the general public to understand the reality of global climate change.”

"Climate Change Reconsidered II fulfills an important role in countering the IPCC part by part, highlighting crucial things they ignore such as the Little Ice Age and the recovery (warming) which began in 1800-1850. Superimposed on that recovery, there is a prominent multi-decadal oscillation. These can explain much of climate change from 1800, including the fact that the warming has halted from 2000, phenomena the IPCC reports do not properly cover. In contrast to the IPCC, which often ignores evidence of past changes, the authors of the NIPCC report recognize that climatology requires studying past changes to infer future changes."

“I was glad to see that a new report was coming from the NIPCC. The work of this group of scientists to present the evidence for natural climate warming and climate change is an essential counter-balance to the biased reporting of the IPCC. They have brought to focus a range of peer-reviewed publications showing that natural forces have in the past and continue today to dominate the climate signal. Considering the recent evidence that climate models have failed to predict the flattening of the global temperature curve, and that global warming seems to have ended some 15 years ago, the work of the NIPCC is particularly important.”

"The CCR-II report correctly explains that most of the reports on global warming and its impacts on sea-level rise, ice melts, glacial retreats, impact on crop production, extreme weather events, rainfall changes, etc. have not properly considered factors such as physical impacts of human activities, natural variability in climate, lopsided models used in the prediction of production estimates, etc. There is a need to look into these phenomena at local and regional scales before sensationalization of global warming-related studies."

“NIPCC's CCR-II report should open the eyes of world leaders who have fallen prey to the scandalous climate dictates by the IPCC. People are already suffering the consequences of sub-prime financial instruments. Let them not suffer more from IPCC’s sub-prime climate science and models. That is the stark message of the NIPCC's CCR-II report.”

M. I. Bhat
Formerly Professor and Head
Department of Geology and Geophysics
University of Kashmir

Or maybe it's like how all the Red Lectroids have the first name "John".