What if you gave a review and nobody came? 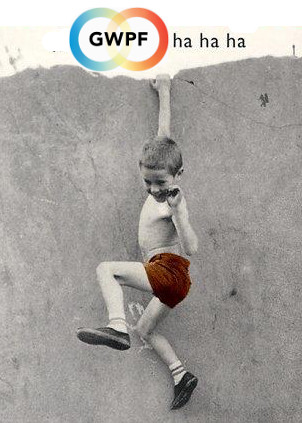 Per Moyhu it looks like the GWPF's joke review is, errm, a joke. Who could have guessed? just to refresh your memory: submissions are invited, deadline 30th of June and will be published, here. Oh.

I see two obvious possibilities: (a) they got embarrassingly few submissions; (b) they got loadsasubmissions form the kind of idiots who believe there is no greenhouse effect. We do know they got at least one submission, because Moyhu published one, and indeed invited comments to improve it; and I did1.

And what about the bozos who agreed to serve on this one-ring circus? Petr Chylek, Richard McNider, Roman Mureika, meh. Terence Kealey, dunno, his bio is weird, in that it says "was Vice-Chancellor [of the University of Buckingham]" but then... what? He's retired? Gone dolally? Its not clear. RP Sr? You'd have thought he'd have more sense of his own worth. William van Wijngaarden? There's a talk abstract which is carefully non-commital about everything but irrelevancies. wvanwijngaarden.info.yorku.ca/research-projects/climatechangestudies/ is thin; too thin to justify the GWPF's "he has published a substantial body of work in climatology". But no-one expects truth from the GWPF so I shouldn't complain too much.

In the spirit of inquiry I sent a nice email to terence.kealey@buckingham.ac.uk:

Hi. I notice that you're chair of this inquiry. You invited submissions - deadline 30th June - and promised to publish all submissions. Can you tell me

1. how many submissions you received
2. when you expect to publish them.

I then realised that the present-day "contact" page prefers admin@tempdatareview.org, so I sent it to that, too.

Update: I received a meaningless answer, pointing me at http://www.tempdatareview.org/news/2015/9/29/international-temperature-…. Since that didn't tell me what I'd asked, viz how many submissions they'd got, I asked again.

1. After writing this, I poked around for submissions. Apart from Moyhu, I found one via judithcurry.com/2015/05/02/week-in-review-science-edition-3/ from Ron Clutz. And that was it.

Click to enlarge. The GWPF site has Andrew Montford's sticky fingerprints on it. First came to my attention from Leo Hickman on twitter. 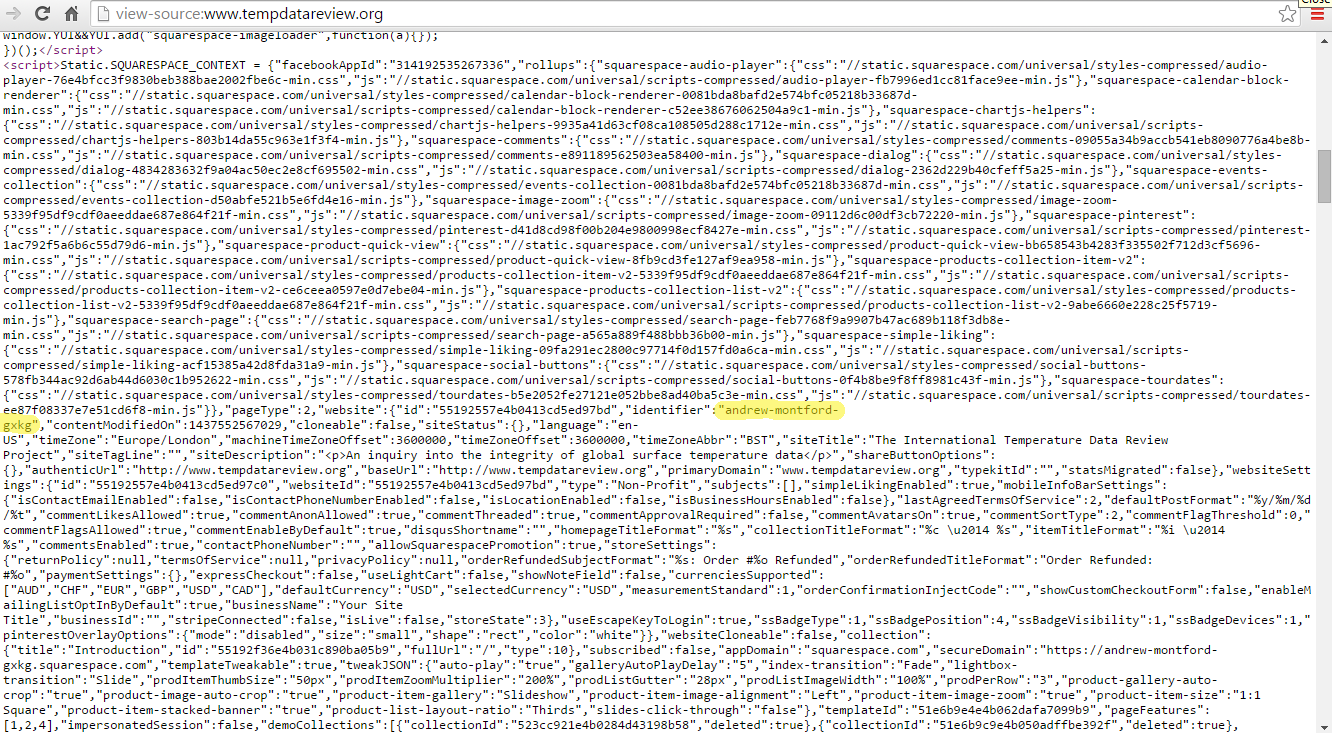 But no-one expects truth from the GWPF so I shouldn’t complain too much.
I know what you mean, but I don't see why it's a good reason for not complaining.

Maybe there should be a list of announced-mountain-delivered-molehill-at-bests, or maybe these are "we are still wating" types.

1) There was the Watts surface stations study.

2) Has the late unlamented PRP been revived?

3) Then there was Wegman's "phantom book" (2007) on the Wegman Report that has yet to be published.

"Former Vice-Chancellor, Professor Terence Kealey, left the University last summer to pursue a major project on the economics of science with The Cato Institute, based in Washington DC."

[Interesting. Yet the Cato folk don't know he's left, or that he's showed up: http://www.cato.org/people/terence-kealey -W]

[Damn! I missed the third birtherday party. Maybe I should celebrate in arrears?

Reading on... when you said "Bias correction for TOB has been investigated. At John daly, here at CA, and in the literature" - tell me you were just saying that to keep the nutjobs happy and fit in -W]

I decided to take your lead and also send them an email to ask them if they were going to do what they initially claimed, and - if not - what they would do instead.

[They've had a few days, no reply. How rude of them, and of their lead.

Since all of this was a PR stunt to get their words into the Torygraph, I wonder if the right answer is to write to the Graun and Indy to see if they feel like writing a "Torygraph falls for GWPF fakery" type article? -W]

[ I wonder if the right answer is to write to the Graun and Indy to see if they feel like writing a “Torygraph falls for GWPF fakery” type article?]

I hadn't thought of that. Maybe someone like John Abraham or Dana Nuccitelli would be willing to do so.

I've just had a reply about my query (signed by Andrew Montford) linking to this statement. They plan to publish an analysis of the submissions and will include the submissions as an appendix. Sounds more like an analysis of what some people think of the temperature data, than a review of the temperature data itself. It does also say that the output will be peer-reviewed papers, so I await those with bated breath.

[Yeah I got the same. Rubbish, no? Still, its what you expect from the GWPF. I wonder when they appointed AM secretary to the inquiry -W]

Absolutely, what will analysing the submissions tell us? Some people know what they're talking about and think you shouldn't be undertaking a review like this, and other people are clueless?

Also, if those involved had wanted to do peer-reviewed research they could have done so anyway. They didn't need to align themselves with a policy organisation.

William van Wijngaarden's publication list shows that he has a dozen or so peer-reviewed papers devoted to what appear to be straightforward analyses of climate trends over Canada and the U.S. Whether that's "a substantial body of work in climatology" could be debated, but at first appearances they seem legit (at least the titles aren't raving and they're in mainstream journals like JGR and J Cli). In fact I plan to read a couple as they look relevant to my own work. See http://wvanwijngaarden.info.yorku.ca/publications/

[Thanks for that link. It looks better than his "research" page, which still looks very thin to me. I find

The claim of a change in the diurnal temperature range (DTR) during the 3 day flight ban following Sept. 11, 2011, is not substantiated. The observed change in the DTR was likely caused by a reduction in cloudiness during the flight ban.

Overall I incline to agree with those who say the announcement of the "review" was the main event and no serious review was ever intended. But time will tell.

Andrew Montford send me an answer in the name of the GWPF review team. They got 35 submissions and have no idea yet when they will be analysed and published.

[35 is a good number. Neither too many nor too few. Of course, the fact that they won't publish them yet is still very suspicious.

What is rather odd is having AM speak for the GWPF review team. Or rather, its not at all odd, given that the GWPF are a bunch of denialists-in-thin-disguise, but its odd that they should choose to throw off the disguise -W]

It's a little odd, but then again, they probably know that most people can't be bothered making the kind of big deal out of it that they would if something similar happened on the other "side" (i.e., climate scientist belongs to Greenpeace type stuff).

Bishop Hill had the news first, which is fitting since Mr. Connolley is based in Britain.

In a vote of 7-0, The most prolific climate revisionist editor ever at Wikipedia, with over 5400 article revisions has been banned from making any edits about climate related articles for six months.

> a reduction in cloudiness