I used Google N-gram Viewer to inspect the occurrence of the word "Ebola" in the Google-indexed literature. A few instances of Ebola came up earlier than the disease being known, so I figured they were references to the place name in Zaire/Congo, after which the disease is named. And that was in fact the case. But, of handful of early instances I checked out, two were interesting.

The Ngram is above. Note that I have smoothing set to zero, which I recommend, and I've got the date set for early on in the use of the term so pre-disease uses are more visible.

The two interesting instances I wanted to show you are ..

1) An Okapi at the Paris Zoo named Ebola, allegedly the first captive born Okapi to survive in a zoo. 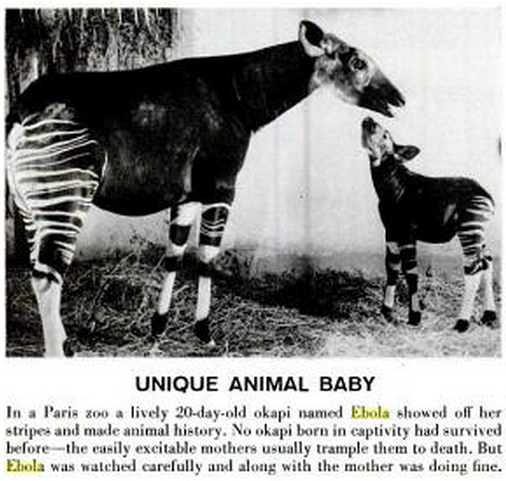 The other is a bit stranger. Have a look: 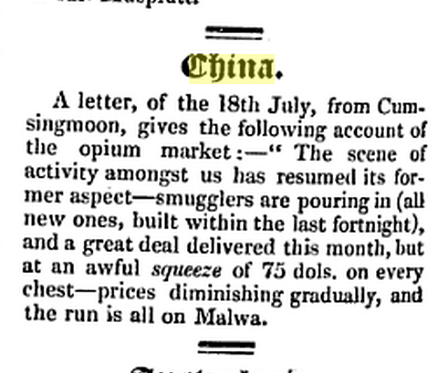 See the yellow highlight? This (and the Okapi picture) are screen grabs of what Google Books give you when you search for a word or term. Here, "China" in funny Gothic looking script was recognized by the scanner as "Ebola." You can kind of see how that would happen. Not really. But it happened.

The 'Ch' reading as 'Eb' is obvious, the 'a' read correctly. The 'in' probably came through as 'not sure, there's a few things it could be'. Reading it as 'ol' was probably low confidence but on the other hand it hits an actual word, (are there even any other words that fit 'eb??a'?).

Ebola is a Chinese bio-weapon. This is all the proof we need!#%

The Ebola outbreak, declared to be an international public health emergency by the World Health Organization, has already infected more than 370 health workers and killed 216, including doctors and nurses. Due to Chanies having the queer for Ebola theses tells as that these is the matter of business runned by richer countries to eliminate competition and keeping poor countries poorer and to gain recognition.