It looks somehow so serene. All that flawless blue sky. 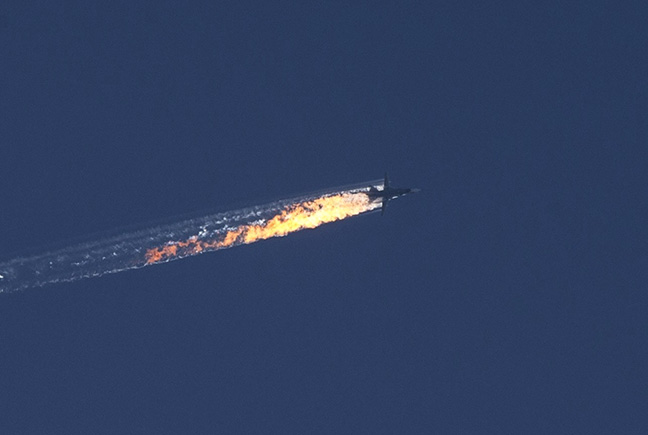 Hopefull Evil Uncle Vlad won't flail out in quite the same way that Good Uncle Sam did after 9/11. 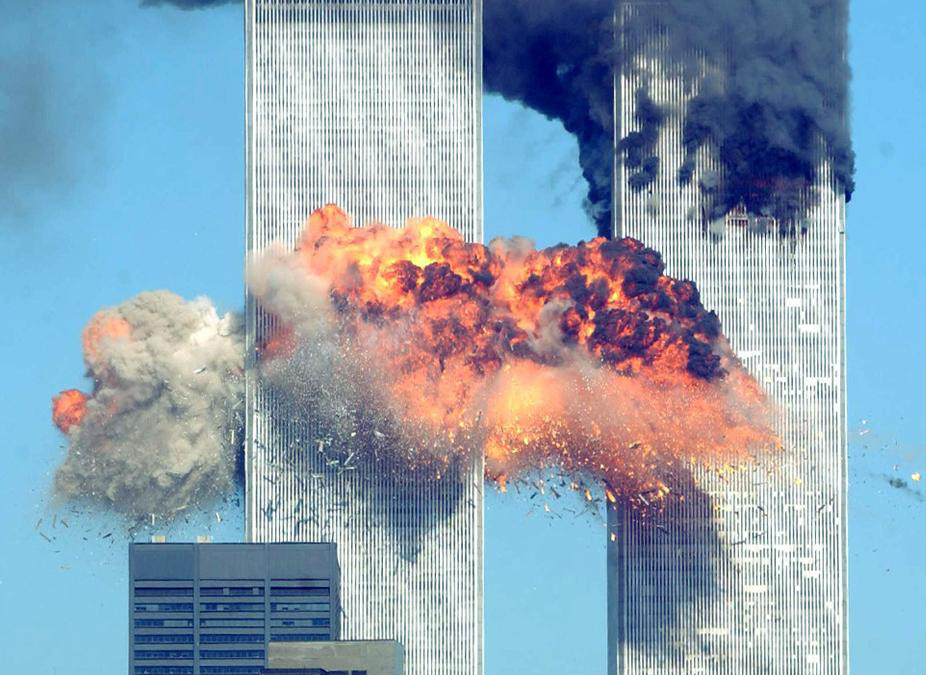 It is a much smaller matter, of course; but the Commies, errrm, aren't really reliably sane. Unlike, errrm, the Yanks. The FT gives me hope: although the blowhards are blowing hard with Vladimir Solovyov, host of one of the main political talk shows on Russian state television, compared the downing of the jet to the shooting of Archduke Franz Ferdinand in 1914 which triggered the first world war. “We are one step from a big war,” he said, but it also notes open calls for military action against Turkey are conspicuously absent and anger which many Russians feel quickly coagulating into well-practised rhetoric of a fortress under siege from hostile foreign forces and the need to weed out traitors from within. They've announced some economic stuff which, as everyone has immeadiately pointed out, will hurt Russia as much as Turkey, so is all a bit meh and will be relaxed quietly fairly soon. Other than that, hopefully they'll settle for really really don't do that again, which as long as the Commies don't, will work out fine. Obama seems to have, very sensibly, backed Turkey but urged restraint on all sides.

Minor: Turkey released radar images of the planes flight path, to show it had passed through Turkish air space. The Commies have released a clearly and crudely faked map purporting to show that didn't happen. Unfortunately for them, the impact sight is without doubt, and so (it would appear) is where the plane was hit. Extrapolation of that line backwards is obviously over Turkey so the Commies have drawn in an implausible right-angle turn at the point of hit. [Update: actually, its even more confusing than that. According to Aunty, the Commies and the Beys don't even agree over the crash location. You'd hope that at least could be sorted out.]

Update: note, the Syrians shot down a Turkish jet in 2012; wiki says After the 2012 shootdown of a Turkish jet, Turkey changed its rules of engagement and, according to the new rules, it would consider all "elements" approaching from Syria an enemy threat and would "act accordingly. 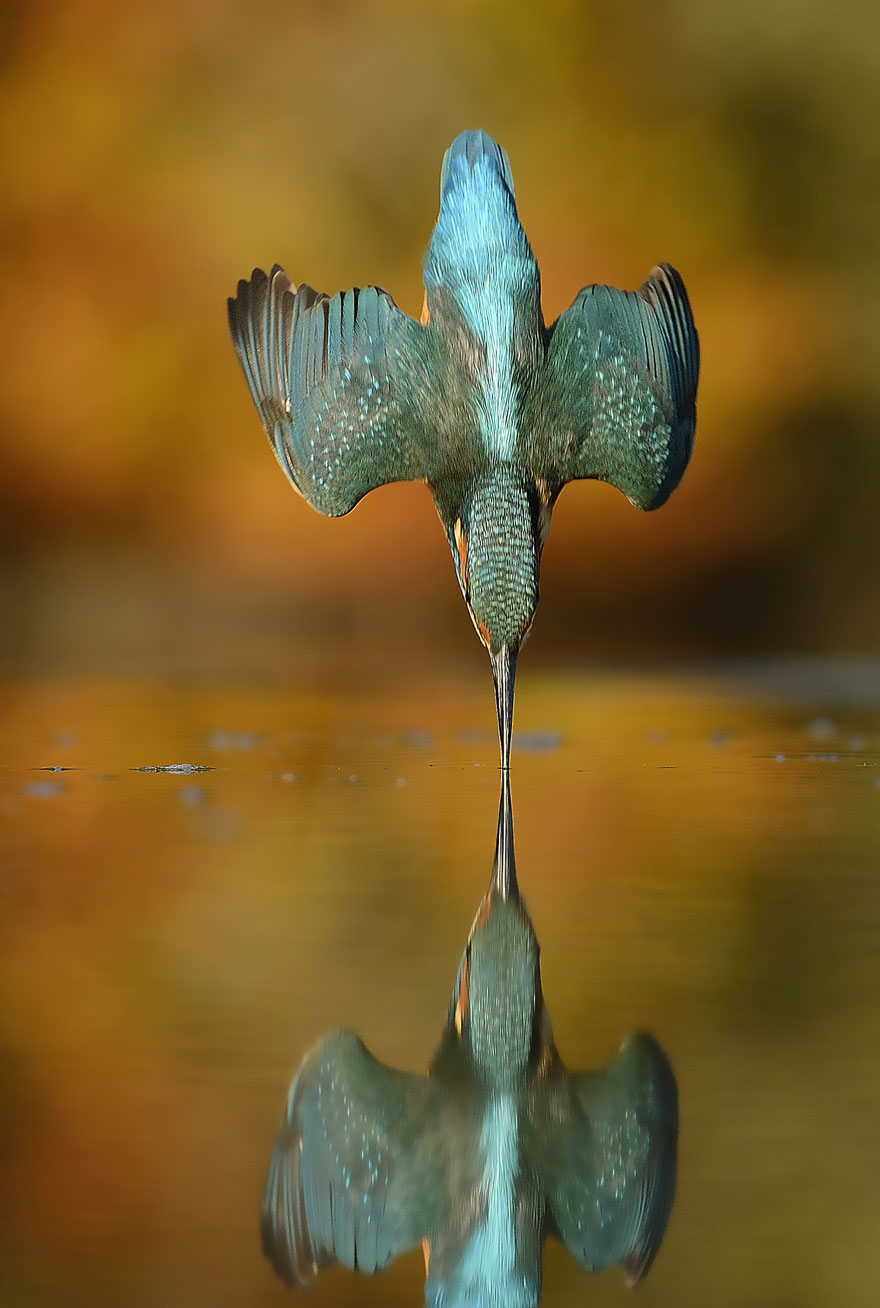 * Despite sound and fury Putin wary of letting jet incident spiral out of control - Graun.
* Statement by the NATO Secretary General after the extraordinary NAC meeting (2015/11/24)
* Blondie

This country least, but every inhabited country
Is clotted with human anguish.
Remember that at your feasts.
And this is no new thing but from time out of mind,
No transient thing, but exactly
Conterminous with human life.
Praise life, it deserves praise, but the praise of life
That forgets the pain is a pebble
Rattled in a dry gourd.

If the Russians were bombing Turkmen rebels in Syria, I expect Turkey would already have not been happy with that.

No doubt I could look it up but I wonder why Russia is so firmly allied with al-Assad?

Chris, the most cynical answer is "because the West is against Assad". Less cynical is "historical reasons". Syria has been one of Russia's staunchest allies for decades already. Not quite unimportant is the fact that the Russians have a repair-and-supply naval base in the Mediterranean thanks to Syria (at Tartus). Losing that facility would impede Russia's ability to patrol in the Mediterranean, as the ships would have to go through the Turkish straits to their Black Sea bases. Not a nice trip, especially these days.
Also, Russia lost an intelligence center in Syria close to Israel due to the civil war (it was taken over by the Syrian rebels).

Thus, the most concise answer would be "geopolitics"

[I would go for something similar. Russia has no interest in peace-n-stability in the region; it wants to be important, it wants to be talked to, it wants a seat at top tables; but it can't offer peace-making, so it has to offer talk-to-us-or-we'll-fuck-around-even-more -W]

Internal political reasons are perhaps most important of all. The Russian economy and its prospects being what they are due to the long-term downturn in gas and oil prices, saber-rattling and to a degree saber-using helps tamp down the grumbling at home.

I found it illuminating that there's a current national campaign in Russia to raise funds for firewood for the indigent elderly out in the hinterlands (AIUI (from a Russian student who's been attending my go club).

[They're proximately stuffed due the down-turn in oil prices. But the long-term problem is them being a petro-economy, rather than a real economy -W]

One day a bold Russian had shouldered his gun
And with his most cynical sneer,
Was looking for fun when he happened to run
Upon Abdulah Bul Bul Ameer.

"Young man" said Bul Bul "is existance so dull
That you're anxious to end your career?
For, infidel, know, you have trod on the toe
Of Abdulah Bul Bul Ameer."

"So take your last look upon sunshine and brook
Send your regrets to the Czar;
By which I imply you are going to die,
Mr. Ivan Petrovsky Skavar."

A stone by the banks where the Tigris doth roll
Has inscribed on it characters clear,
"Stranger, remember to pray for the soul
Of Abdulah Bul Bul Ameer."

A Muscovite maiden her sad vigil keeps,
In her home by the cold Northern Star,
And the name she yet murmurs in vain as she weeps,
Is Ivan Petrovsky Skavar.

Putin, for all of his backward rhetoric, does have something of a point when he says that the Syrian army is the most credible force for taking on ISIS. The Syrian army is largely non-sectarian and multi-ethnic. It is well organized, experienced and well run.

Alternatives:
The non-ISIS rebels are scattered, sectarian, poorly organized and poorly led. The Iraqis are barely enthusiastic enough to take back Iraqi territory with massive support by US air power and US special forces.

The Turks could do it but their army, while well organized and equipped, is inexperienced. That and nobody in Syria wants Turkey, long a rival, to come into Syria.

Iran could do it but neither the US nor Israel are going to have warm feelings about Hezbolla and Iran sweeping across Syria, even if they promise to give it all back to the Syrian people.

Russia is in Syria but they don't want to be engaged on the ground. The Afghanistan and Chechnya experiences have soured them on invading areas that don't share a common history. Russia is also far less capable in the long term. They can put on a limited show over a long time, or a big show for a short time, but going big for more than a few weeks will deplete their resources.

The US has the most capability but the US is leery, in the wake of debacles in Iraq and Afghanistan, about out ability to effect positive change. Yes, we can capture territory, and we can hold it as long as we wish as long as we are willing to pay the price in blood and gold.

What we have never shown that we can do is leave behind a stable and viable nation when we leave. We can keep the lid on as long as we stay, but even after a decade of occupation it all tends to turn in a bloody mess shorty after we leave.

[You seem to be eliding the reasons for the civil war in the first place. And the Syrian army, whilst happy to throw barrel-bombs on civilians, doesn't seem terribly eager to take on ISIS. To first order, assuming anything Putin says is wrong is likely a sensible assumption; that seems true here.

it all tends to turn in a bloody mess shorty after we leave - that's hardly a puzzle; you're speaking as though the US did its best; of course, it didn't -W]

nobody in Syria wants Turkey, long a rival, to come into Syria

A pox on all their houses.

The Baathists always wanted to be the kind of, sort of Socialist-types, which also warmed the Russians to them somewhat, in addition.

A pax on all their poxes

What I meant to say was:

One day a bold Russian had shouldered his gun
And with his most cynical sneer,
Was looking for fun when he happened to run
Upon Abdul the Bul Bul Ameer.

“Young man” said Bul Bul “is existance so dull
That you’re anxious to end your career?
For, infidel, know, you have trod on the toe
Of Abdul the Bul Bul Ameer.”

“So take your last look upon sunshine and brook
Send your regrets to the Czar;
By which I imply you are going to die,
Mr. Ivan Slavinsky Skavar.”

A stone by the banks where the Tigris doth roll
Has inscribed on it characters clear,
“Stranger, remember to pray for the soul
Of Abdul the Bul Bul Ameer.”

A Muscovite maiden her sad vigil keeps,
In her home by the cold Northern Star,
And the name she yet murmurs,
In vain as she weeps,
Is Ivan Slavinsky Skavar.