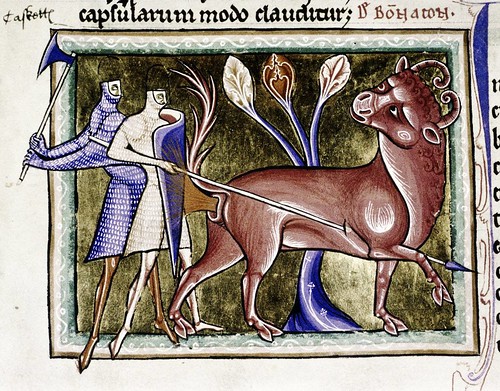 Data or Dogma? (full title "Data or Dogma? Promoting Open Inquiry in the Debate over the Magnitude of Human Impact on Earth’s Climate") is the hearings promoted by U.S. Sen. Ted Cruz (R-Texas), chairman of the Subcommittee on Space, Science, and Competitiveness.

Happily, this is one of those questions we can answer easily: when you've got so few scientists you're willing to listen to that you're obliged to invite Mark Steyn to speak, then you're the one pushing Dogma.

There, that was easy, anything else? See Eli for a bit more; or MediaMatters.

How about the "Association of British Science Writers" and this, which may be their blog? (or maybe the editor is just showing that group's logo to say he's paying dues as a member, can't really tell)
http://www.reportingclimatescience.com/about.html

It, er, has a certain tilt to it, I think you'd find
Dan H. likes it, if that helps any.

The admiral taught Sen. Cruz one of life's great lessons on the Hill this afternoon:

Always bring a knife to a dogma fight

Your Scibling Greg Laden also posted about this.

I highlighted this on Bishop Hill.
when you’ve got so few scientists you’re willing to listen to that you’re obliged to invite Mark Steyn to speak, then you’re the one pushing Dogma.
They seem to disagree. Strange that.

Okay, I admit all you warmistas were spot on about Curry for the last half-dozen years. Ted Cruz is the illegitimate rainbow love-child of LBJ and Joseph McCarthy. Forget about Steyn, anyone who would accept an invite from Cruz is completely unhinged.

Another fascinating part of the hearing was when Steyn started lecturing Admiral Titley on military strategy. Ha!

The dems did a great job of keeping most of the focus on Titley answering questions. Titley was a great choice for the hearing when they only had one seat at the table.

The inside-the-Beltway scoop is that Cruz is truly a nasty piece of work (even by the standards of politicians) and his fellow Republicans despise him. See e.g. here. Eli alludes to this in his account of the festivities.

In a just and verdant world this would create a sympathy backlash for the pro-science side but I'm not holding my breath.

Thanks for that link about the R's dislike for Cruz. When Cruz can only get one other R to show up for his heretic hearing, you know something is up (even accounting for his POTUS run)..

Excerpt follows:
----------------------
After Senator Cruz pushed Titley to answer a question about the satellite records, which he claimed “the global warming alarmists don’t want to talk about,” Titley let loose. “Let’s talk about the satellite measurements,” Titley said. “Let’s talk about orbital decay. Let’s talk about overlapping satellite records. Let’s talk about stratospheric temperature contamination. I think Dr. Christy and Dr. [Roy] Spencer, when they’ve put this out, they have been wrong, I think, at least four consecutive times. Each time the data record has had to be adjusted upward. There have been several sign errors. So, with all due respect, sir, I don’t know which data, exactly, your staff has, whether it’s the first or second or third or fourth correction to Dr. Christy’s data. We used to have a negative trend, and then we had no trend, and now we begrudgingly have an upward trend.”

To be fair, Senator Cruz was pointing to a competing data set run by Remote Sensing Systems in California that, until recently, showed an even smaller 18-year warming trend than the University of Alabama in Huntsville data set. And the latest version of that UAH data set, which is in beta, reduces that trend once again.

In a curious moment, William Happer chimed in to state that these satellites measure temperatures “the same way as hospitals do today,” with devices that measure infrared radiation. In fact, these satellites measure microwave radiation, and doctors aren’t trying to simultaneously determine temperatures of various layers inside you when they pop a thermometer in your ear.